‘The challenges of accessing health services as tourists in rural Australia’ 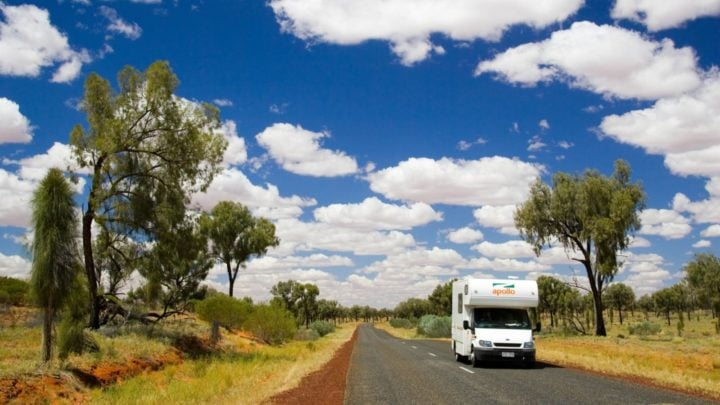 Aase and her husband needed medical assistance while travelling in regional Australia, but were dismayed by what they found. Source: Getty Images

For the past 16 years my husband and I have done quite a lot of travel. Most of our travel has been in a motorhome. I’m Danish and I still remember the first time I took my Australian husband to visit my home country. He’d told me he was not interested in travelling outside of Australia, but agreed to two weeks in Denmark. On our return to Australia he was already planning our next overseas adventure.

We’ve journeyed through Denmark, Norway, Sweden, Finland and back again over a period of about three months. We’ve also hired a car in Paris and travelled through France, Belgium, Netherlands, Luxemborg, Germany, Denmark and Sweden, staying in hotels along the way.

Our last overseas holiday was three months in Canada. We travelled from west to east in a motorhome.

We realised we enjoyed motorhome travel, but I wasn’t keen on doing it in a foreign country again, so my husband planned a tour from Tasmania to Western Australia. Our grandchildren and children live in Western Australia, so thought it a good opportunity to visit them while travelling. We made the decision to hire the vehicle in Hobart, Tasmania and drive home where we’d pack our gear and then make our way to the Spirit of Melbourne in Victoria.

When we arrived in Melbourne the problems started. I set course on our navigation system and off we went. I thought it would be easy however, along the motorway a sign appeared before us alerting us to a 3-metre limit on the overpass ahead. I panicked. Our vehicle was more than 3m. We were stuck in morning traffic. How were we going to turn around?! There were three lanes travelling in each direction and we found our way off just in the nick of time. We made our own detour, despite our GPS wanting to take us on the route that would have certainly seen us make the 6pm news.

After we’d finally found our way out of town, we headed for the silo artwork in the north-western part of Victoria. These are must-see murals in rural Victoria, billed as Australia’s largest outdoor gallery. There are about six decommissioned silos that have been transformed by international artists. The large-scale murals depict the local culture and community and seeing them against the harsh landscape is incredible.

We were driving long distances, some days more than 500 kilometres, because we needed to return to Western Australia by a certain date. Things had been going smoothly until one morning, about 500km from Norseman, which is regarded as the gateway to Western Australia and the Nullabor Plain, when Hubby was taking down the curtain that hung across the front windows.

The two chairs in this area of the motorhome swivelled and there was a large step down. After he’d wrestled the curtain over the steering wheel, my husband took a tumble. The chair had swivelled and he’d not compensated for the step. I managed to grab his arm, so he avoided hitting his head, but he had still scraped some skin off his knee. I cleaned it up as best I could, but felt we needed to get help as it continued to bleed heavily.

We pulled in to Norseman and went to the nearest medical clinic, which turned out to be the local hospital. Only two nurses were on duty (Norseman has fewer than 1,000 people calling it home) and one of the nurses spent more than an hour on the computer completing paperwork before she saw my husband and cleaned his cuts. He was bandaged and given advice to get the dressing changed in two days’ time. My husband is a diabetic, so it was crucial for us that his wound not become infected.

We drove on to Dongara, a distance of about 945km, where our son lives. We used to live in the area ourselves, too, so hoped that seeing a doctor there wouldn’t be a problem. We stopped in at what used to be the small hospital only to discover that it was now an aged care facility. However, the two nurses there were happy to see us if we didn’t mind waiting. That wait was an hour, but when the nurse inspected the wound she said that the cut had become infected and we’d need medication. The nurses took a photograph of my husband’s leg where the wound was and sent it and all the information we gave them to Perth, where we were advised two doctors there serviced 85 clinics in the large outback areas of Western Australia.

The nurses told us that they were the only ones available to attend to the sick, including any accidents that happened to occur in the areas surrounding. A flying doctor or an ambulance could get to Geraldton (about 45 minutes away). The only doctor in Dongara apparently limited his patient list to those who had lived in the town for 25 years or more. We waited 5.5 hours to get a prescription filled and only just made it to the chemist before it closed.

When we stopped in at my son’s that evening, he reminded us that he often travels the four hours to Perth to see doctors and specialists. I was somewhat relieved that I no longer live in the area because I doubted I’d be able to survive under those conditions.

It concerns me that this is the type of care one should expect when travelling in outback Australia. It made me wonder about what happens to tourists who become sick or injured in countries other than Australia. Isn’t there some kind of oath doctors take that guides the way in which they are supposed to treat their patients? Surely making themselves available for rural and regional areas — in any part of the world — falls under that commitment?

Have you ever required medical attention while travelling? Do you need to take medication with you when you travel?