‘Battle scars: I endured years of abuse before finding the courage to leave’ 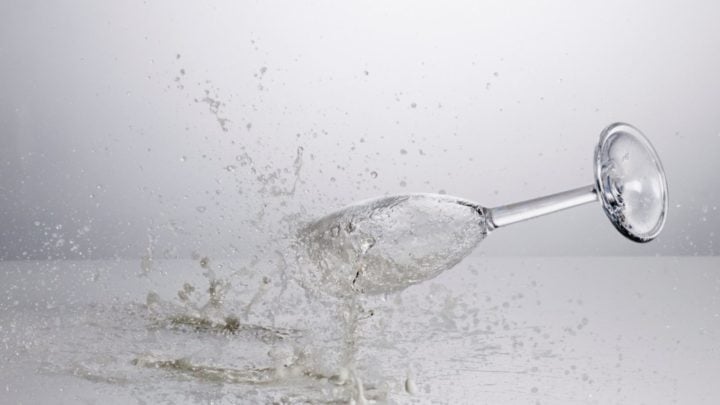 This writer's former husband was so furious over a glass of champagne that he strangled her. Source: Getty Images

My father was not a happy man he never showed any emotion towards any of his children, me least of all. He never once said he loved me, never once said “well done” in relation to my school or sporting achievements … Nothing. He showed no affection, not even to my mother. I don’t remember any smiles or winks.

I always felt worthless and sometimes I would wish to be invisible. My father had a violent temper and when he raised his voice I would run and hide because it was always me he seemed to be angry at.

I grew up not believing I was worth anything. It was no use staying at school, which is what I wanted to do. I was just here to get married and have children.

So I did just that. I met a guy at 16 and married him at 18, just as I was expected to do. I now know that I never loved my first husband. I tried and was happy for a while. We were saving for a deposit on a house, we had already bought a piece of land in a new estate north of Adelaide, South Australia and my husband was working extra and doing a course at TAFE to improve his spray painting skills.

On the day of his last TAFE course he came home late as he and his classmates had gone to celebrate. It was a Thursday night and I have no phone, however the owners at the front of our flat did. There was no one I could call to find out if he was all right and he didn’t see any reason to get in touch with me.

He finally arrived home at about 3:30am. He was so drunk he couldn’t open the car without falling out. I came to help him. He’d never been drunk before, at least not in the years I had known him; I’d never seen him like this.

I tried to get him inside before he woke up our neighbours from the adjoining flats and this was when I found out he was not a ‘Happy Drunk’. He wasn’t making much sense, he started blaming me for everything and anything. He was shouting I tried to get him to be quiet and *thump* full hand across the side of my face! I remember just standing there in shock. I must have done something wrong, never once for a minute thinking it was him that was in the wrong.

He collapsed on the lounge. The only room that had a lock on it was the bathroom and I took my quilt and pillows in there. I still thought I would be able to go to work in the morning. I spent the night going over and over everything, wondering what I had done to deserve being hit.

I attempted to hide the bruising on my face by wearing a blonde wig. My real hair was of a similar colour, perfectly straight and down to my waist. Yet I couldn’t hide my bruised face and bloody eye socket. The wig, styled a bit like the cut Farrah Fawcett had at the time, and was the best I could do. When I left for work, my husband was still asleep on the lounge.

I caught the same bus everyday, meeting up with a lot of girlfriends who worked with me. We’d sit down the back chatting however, on this particular day I hoped no one would recognise me (and was glad when no one did). The bus driver took one look at me and knew something was wrong though.

My boss also knew something wasn’t right when I arrived at work. I tried to keep busy and away from her. Had someone asked me if I was all right that day I probably would have broken down and told them what had happened.

When I arrived home from work and saw my husband’s car in the driveway I was terrified. I remember my hand shaking as I opened the door and there he was, smiling and trying to joke with me as though nothing had happened.

I showed him my face and he said it was all the extra work he was doing because I wanted the house. I remember becoming very quiet after that. For years I tried to make everything okay. We built our first house, we had two wonderful boys, I still worked part-time as my husband had to have some of his money for him to have fun and still hang out with the boys.

It wasn’t the last time my husband would hit me.

He decided we should move to a better area in the Adelaide Hills and become fringe dwellers. In order to pay for the new house I returned to full-time work.

Every Saturday night we’d have people over. They all believed he was this wonderful, charismatic man and I should feel lucky to be married to him.

I remember New Year’s Eve 1990. We were having a barbecue at home. It was well after midnight and the diehards were still drinking, my husband couldn’t even stand properly. I tipped out his champagne and filled the glass with lemonade and put a strawberry in. I honestly didn’t think he’d notice, but one of his friends saw what I’d done and told him.

He came glass-in-hand and threw the contents in my face. He smashed the glass on the kitchen floor. He screamed profanities at me and put both his hands around my neck. As he was choking me, he started to lift me off the ground. I honestly believe he would have killed me that night and it was only because a friend and neighbour interrupted him that he stopped.

She screamed when she saw what was happening. It was enough for him to release me. He raced after her attempting to explain. Our children had witnessed the event and our eldest, who was 15 at the time, was helping me into his room. We pushed the double bed against the door to keep us safe.

The worst part is that my mother used to stay through the week to look after the boys. She had heard everything and just stayed in her room, just as she used to when my father would hit me.

I was cleaning up outside the following day, both children were at my side and wouldn’t leave me, when my neighbour came over. She was nervous. I’d decided there was no point trying to hide the bruises, I knew I couldn’t go on much longer. My friend said that she was most upset about what had happened and had trouble sleeping, however her husband had explained it to her.

Her husband made it out to be my fault for changing his drink and, yes, my husband went a little bit to far but it wouldn’t have been the first time something like this had happened and I had chosen to stay with him!

Our friendship was never the same after that. How could it be?

I started putting money aside and planned how I could leave with the boys. He could have the huge house in the hills, I wasn’t interested!

Then I found a lump in my left breast. I thought ‘If I die who will look after the boys?’ My husband had told me there were plenty of women out there if something were to happen to me. After I had the breast treated, I found the strength to leave.

We separated. He told people I’d been having an affair and he caught me! What a joke! Sadder was that most of my so-called friends believed him.

We moved down south I met a wonderful man who showed me that I am worthwhile, that I am special, every person is. And I found true love.

My boys had lots of problems from what they’d seen growing up. My eldest was able to handle his demons, however the younger one was very good at manipulating everything to be my fault and he never did anything wrong. When my new partner tried to help, my son went to live with his father. He returned two years later with a drug addiction. He was 13.

I’ve had no contact with my middle son for years.

When I read headlines about domestic violence and women dying at the hands of their partners I often think ‘that could have been me’.