Not so clean: Hospital gowns ‘retain superbugs’ after being washed, study shows 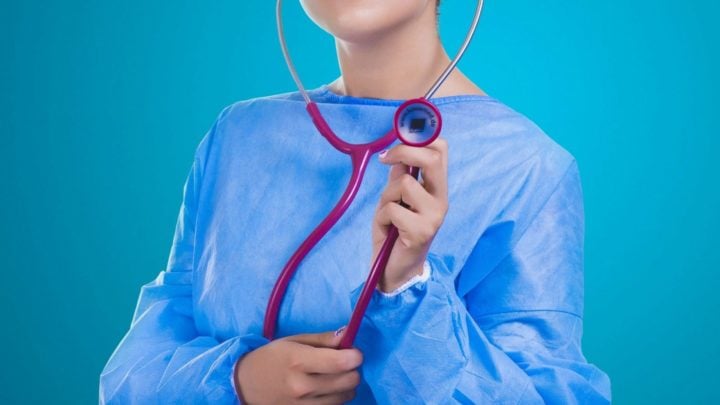 It’s not the first time hospitals have come under fire for the spread of harmful bacteria, with a new study finding hospital gowns may be putting patients at risk. Source: Pixabay

While people go to hospital for surgery, treatment and to recover from various health issues, an alarming new study shows the very surgical gowns hospital staff wear could be making patients sick.

Research led by the University of Plymouth found that despite hospital gowns being washed with disinfectant, many still retain superbugs such as Clostridium difficile. Also known as C diff, these bacteria can cause an array of worrying symptoms including diarrhoea, stomach pain, nausea and dehydration.

Researchers tested single-use polypropylene hospital surgical gowns that had been infected with three different strains of C difficile. The UK’s Department of Health and Social Care recommends washing infected items for ten minutes with disinfectant containing 1,000 parts per million of chlorine and despite doing this, researchers discovered that all strains of C difficile spores survived and didn’t reduce.

The study, published in the Applied and Environmental Microbiology Journal, took place because gowns were suspected to be contributing to C difficile transmission in a US hospital. Three strains of C difficile were tested including R20291, which can cause death and is becoming resistant to the main antibiotic treatments.

Spores were applied directly to the surgical gowns in water for 10 seconds, 30 seconds, 1 minute, 5 minutes and 10 minutes before being removed and discarded. This was intended to mimic transfer of infectious bodily fluids in the clinical setting and assess the potential for onward transmission to patients. It’s believed that spore transfer between surfaces can occur within the first 10 seconds of contact.

“C difficile is a really nasty superbug and it’s so important that hospitals stop it from spreading,” study lead Dr Tina Joshi said in a statement. “This study shows that even when we think an item has been suitably cleaned, it hasn’t been necessarily – 1,000 parts per million of chlorine just isn’t enough as the bacteria survived and grew after disinfection.”

Researchers noted that appropriate hygiene practices such as gowns not being warn outside of isolated areas need to be implemented to stop bacteria from spreading.

It’s not the first time hospitals have come under fire for the spread of harmful bacteria. Research presented in Philadelphia at the 46th Annual Conference of the Association for Professionals in Infection Control and Epidemiology (APIC) last month found that water splashing out of a sink when someone washes their hands could spread potentially harmful contaminants from dirty taps.

That study found that the shallow depth of the sink bowl allowed contaminated water to splash onto patient care items, the hands of health care professionals and into patient care spaces. Alarmingly, water could travel at a distance of more than four feet from the sink.

Meanwhile, a 2018 study published in the American Journal of Infection Control found that hospital curtains can easily become a breeding ground for drug-resistant bacteria, increasing the health risk to patient safety.

After tracking freshly-laundered privacy curtains, researchers discovered 87.5 per cent of the curtains tested positive to Staphylococcus aureus after 14 days. Worryingly, the bacteria were resistant to an antibiotic known as methicillin, used to treat bacterial infections caused by Staphylococcus aureus. Left untreated, it has the potential to cause death.

What do you think needs to be done to stop bacteria from spreading in hospitals? Have you ever picked up a bug after visiting a hospital?