‘The Queen’ to ‘The Crown’: These are best on-screen portrayals of Queen Elizabeth II 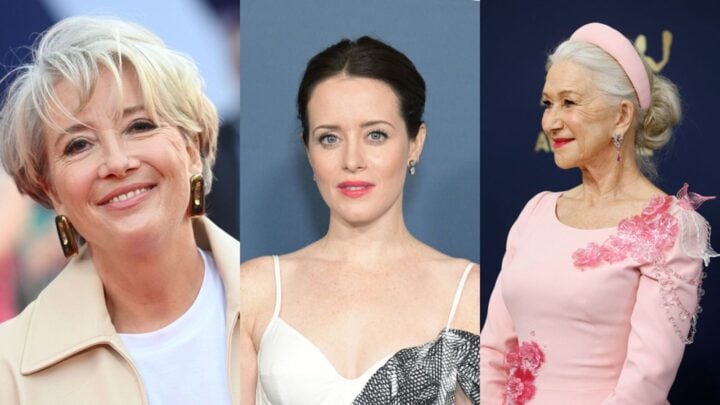 The British Royal Family have often been the subject of fascination among an adoring public, and have been depicted on TV and in cinemas countless times. But it was one member of the Royal Household whose presence continuously captivates audiences, the late Queen Elizabeth II.

In her historic 70-year reign, Queen Elizabeth II has been portrayed on screen and on Broadway by a variety of actresses. Although the beloved Monarch passed away in September, these are the stars who have brought Her Majesty to life on screen and continue to keep her memory alive.

Starting off strong is Helen Mirren. Of all the actresses who have played the late Monarch, Mirren has captured her essence perfectly, and her outstanding portrayal of Queen Elizabeth in The Queen proves it.

In 2006, Dame Helen Mirren delivered one of the best performances of her career in a stunning portrayal of Queen Elizabeth II in The Queen. Described by Rotten Tomatoes as a film “full of wit, humour and pathos”, The Queen follows the trials and tribulations of the British royal family in the period after Princess Diana’s tragic death in 1997.

The Queen is an engaging historical drama that sees Mirren play one of her most talented and captivating roles to date. From her incredible costume and makeup to her striking facial expressions and mannerisms, there could be no better fit for the royal role than Mirren herself.

Emma Thompson may be an award-winning actress, but her portrayal of the Queen in the TV comedy-drama Walking The Dogs is one that many people haven’t seen. This short film depicts a fictional Buckingham Palace break-in, where an intruder makes his way to Her Majesty’s room while Palace guards have gone to take the royal corgis out for a walk.

While Thompson’s performance was elegant, the short film has remained a hidden gem for both fans of the actress and the royal family.

Another acclaimed actress who played the late Monarch was Tony Award winner Jane Alexander, who played Her Majesty in Hallmark’s made-for-TV original movie William & Kate: A Royal Romance. Based on the movie’s title, the film follows the story of Prince William and his soon-to-be bride, now Princess Catherine, and their royal engagement in 2010. Alexander has plenty of on-screen appearances in the film and was often seen having intimate moments with her soon-to-be granddaughter-in-law.

Next to Mirren, Clare Foy’s portrayal of a young Queen Elizabeth II in seasons one and two of The Crown is a standout performance. In the first season of The Crown, Foy plays the young Queen from her wedding in 1947 and follows her story until 1955. After wrapping up her time on the show, Foy won an Emmy and Golden Globe for best actress for her portrayal of the Queen.

Before passing on the baton to Olivia Colman and Imelda Stauton, Foy told the BBC she was “honoured to have been a teeny tiny, part of her [the Queen] story.”

Another award-winning portrayal of Queen Elizabeth II comes from Olivia Colman, who played the Queen in the third and fourth seasons of The Crown. Colman played the Queen during her late 30s to early 60s and does an excellent job at depicting how you’d expect an older woman ruling a country would act. Just like Foy, Colman’s performance on The Crown earned her an Emmy and Golden Globe.

Inheriting the role of Queen Elizabeth II on The Crown or its final two seasons is 66-year-old Imelda Staunton. Unlike Foy and Colman, Stauton’s challenge for the role was that she was now playing the Queen in her recent years.

In her interview with Netflix, Staunton said “Claire Foy’s [version] was almost a costume drama because it seemed so long ago, and then Olivia Colman’s was, again, like a period piece. [This season] just feels so much more present. I thought, ‘I can’t fool anyone now’.”

Despite the challenge, critics have claimed Staunton’s portrayal of the Queen is the most authentic yet.