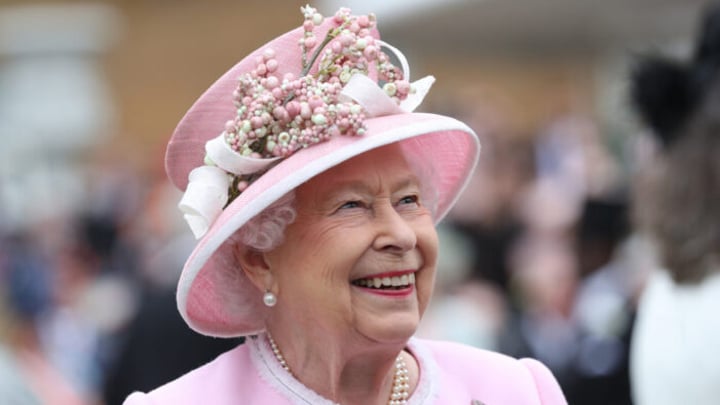 The longest reigning monarch in British history, Queen Elizabeth II has passed away at the age of 96, Buckingham Palace has announced.

The beloved Monarch’s 70-year reign came to an end on Thursday, September 8 at 6.30pm London time at Balmoral, triggering an outpouring of grief from across the globe.

Buckingham Palace announced her death in a statement after senior royals gathered at Balmoral following concern from the Queen’s doctors regarding her health earlier in the day.

Queen Elizabeth II was born on April 21, 1926, in London to parents the Duke and Duchess of York, later King George VI and Queen Elizabeth. She was the first of two children for the couple, who had a younger daughter Princess Margaret.

Throughout her early life, Her Majesty was educated at home by her mother and their governess. Here she learnt about history, language, literature and music. She was described as “a character” as a child, like her great-granddaughter Princess Charlotte.

Growing up it was believed the royal would not go on to become the Queen, with her uncle Edward and her father in line to take the Crown. However, she still undertook royal duties as expected of any child in the family, along with some more serious positions.

When Britain entered the Second World War in September 1939, the Queen – still a princess then – was only 14 years old and remained in the UK with her family at the time. However, as she approached her 18th birthday, the young Princess enrolled in the Women’s Auxiliary Territorial Service (the women’s branch of the British army).

While the ATS women took part in important supporting roles, they rarely saw the front line. For the then Princess Elizabeth, it meant she trained as a mechanic and a truck driver and it was often claimed that’s where her love of driving started.

Years later, the royal undertook her first overseas tour with her parents to southern Africa in 1947. Here she made a famous pledge to the commonwealth: “I declare before you all that my whole life, whether it be long or short, shall be devoted to your service of our great imperial family to which we all belong”.

Not long after her monumental statement, the Queen married Prince Phillip, the Duke of Edinburgh. The pair had known each other since 1934 and had been pen-pals since 1939, the relationship blossoming over time. They wed in November of 1947.

The Queen and Prince Phillip went on to have four children, Prince Charles, Anne the Princess Royal, Prince Andrew, and Prince Edward the Earl of Wessex. They also shared eight grandchildren, including Prince Harry and Prince William, and 12 great-grandchildren.

Just five years after her marriage at the age of 25 she became Queen, following the death of her father. She was later crowned in a lavish coronation ceremony – the first in history to be broadcast on television – on June 2, 1953.

The following year Her Majesty embarked on a seven-month round-the-world tour alongside the Duke of Edinburgh, visiting 13 countries across the globe. It was during this time that Her Majesty become the first reigning monarch of Australia and New Zealand to visit the nations.

Her appearance in Australia was met with immense support from residents who gathered in the millions to catch a glimpse of Her Majesty while she was in the land down under. Over the years she continued her trips overseas, becoming the most widely travelled head of state.

The Queen’s dedication to the Commonwealth and support of charities earned her the title of one of the most loved royals. She was the Royal Patron or President of over 600 charities, military associations, professional bodies, and public service organisations. This included those dedicated to opportunities for young people and the preservation of wildlife and the environment.

Despite the public’s adoration for the Monarch, her life was still filled with a series of trials and tribulations. In 1992, three of her children’s marriages broke down, and following the death of Princess Diana in 1997  she was met with widespread criticism from a grieving public for a perceived reluctance to respond publicly.

After Prince Harry and Meghan Markle stepped away from royal duties, Her Majesty was forced to navigate the fallout and again was met with a difficult choice when she removed Prince Andrew’s royal titles following sexual assault allegations levelled against him.

The Queen’s biggest heartbreak, however, came following the death of her beloved husband Prince Phillip on April 9, 2021.

Despite the many ups and downs of her reign, the Queen conducted her royal duties well into her 90s. However, these were significantly wound down towards the end of 2021 when concerns grew for the Queen’s health after she was admitted to hospital on October 20, 2021 “for some preliminary investigations”.

Her Majesty’s health woes continued when she was diagnosed with Covid-19 on February 20th, 2022 after she began experiencing “mild, cold-like symptoms”. The Queen continued to struggle with her fragile health when “mobility” issues forced her to cancel a number of key events.

Despite the struggles with her health, royal fans were delighted when the Queen made an appearance on the Buckingham Palace balcony as part of Platinum Jubilee celebrations earlier this year, alongside members of the Royal Family, marking her milestone 70-year reign.

Queen Elizabeth is survived by her three sons, Charles, Andrew and Edward; one daughter, Princess Anne; eight grandchildren, Princes William and Harry of Wales, Princesses Beatrice and Eugenie of York, and Peter and Zara Phillips, as well as Lady Louise Windsor and James, Viscount Severn. She is also survived by 12 great-grandchildren.