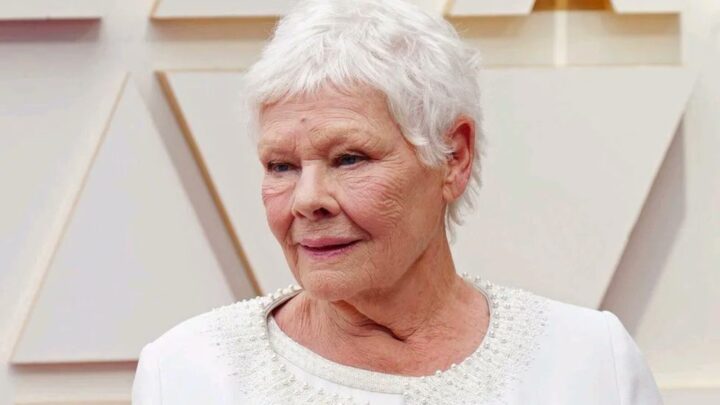 The updated description comes shortly after Dench wrote an open letter to The Times newspaper lashing out at The Crown creators for their "inaccurate and harmful account of history" involving the Royal Family. Source: Twitter @KarenNWoodham

It looks as though Dame Judi Dench’s open letter to Netflix was the final push the streaming giant needed to finally disclose that The Crown is a work of fiction.

Along with the release of The Crown season five trailer on YouTube, Netflix has now added a disclaimer that reads: “Inspired by real events, this fictional dramatisation tells the story of Queen Elizabeth II and the political and personal events that shaped her reign.”

The updated description comes shortly after Dench wrote an open letter to The Times newspaper lashing out at The Crown creators for their “inaccurate and harmful account of history” involving the Royal Family.

Dench’s letter also calls out the streaming giant for originally opting out of using a disclaimer stating that The Crown is a fictionalised drama, despite being previously advised to do so by the British government.

“While many will recognise The Crown for the brilliant but fictionalised account of events that it is, I fear that a significant number of viewers, particularly overseas, may take its version of history as being wholly true. Given some of the wounding suggestions apparently contained in the new series,” her letter continues.

“No one is a greater believer in artistic freedom than I, but this cannot go unchallenged.”

The actress, who herself has played a member of the Royal Family, went to on write: “The time has come for Netflix to reconsider — for the sake of a family and a nation so recently bereaved, as a mark of respect to a sovereign who served her people so dutifully for 70 years, and to preserve their own reputation in the eyes of their British subscribers.”

Though the new disclaimer might offer some sense of peace for royal fans, others are less than impressed with Dench’s actions.

No disrespect to Dame Judi Dench, but this whole trying to protect Charles and Camilla campaign is hilarious. Even if Netflix put up some disclaimer, that’s not going to wipe the memories of the people who lived that time.

No one had a problem with The Crown until it reminded the public how they treated Diana.

If Judi Dench is so concerned about the monarchy’s reputation right now, she should probably go talk to Prince Andrew. https://t.co/0dBBYwwrTG

What tickles me is the fact that people like Judi Dench has had a few pleasant moments with the royal family and thinks she can defend them like her life depends on it, whereas Diana lived & breathed them for many years – Harry his whole life & they don’t have nice things to say.

Queen Elizabeth is dead. Judi Dench should have instead written a letter to Charles and Camilla asking them to respect the living Princess Diana by ending their adulterous affair.

Per the Montreal Gazette, a spokesperson for Netflix had previously argued that The Crown has “always been presented as a drama based on historical events”.

“Series five is a fictional dramatisation, imagining what could have happened behind closed doors during a significant decade for the Royal Family – one that has already been scrutinised and well documented by journalists, biographers and historians,” they said.

Even the show’s creator Peter Morgan has defended the storytelling aspects of the show, arguing that the critics’ allegations are simply untrue.

The Crown season 5 will be available for streaming on November 9 and will cover the tumultuous era of the 1990s, focusing on scandalous divorce proceedings between the late Princess Diana and King Charles, then Prince of Wales.