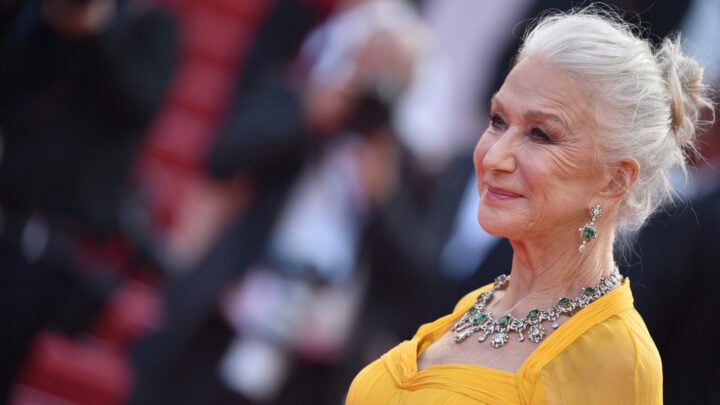 Although it's difficult to nail down just 10 of Mirren's best roles, here are some of her most highly-rated films to date. Source: Getty

Dame Helen Mirren is undoubtedly one of the world’s most iconic actresses, having kickstarted her acting career in 1965 as Cleopatra in the NYT production of Antony and Cleopatra in London. Throughout her incredibly successful career, Mirren has starred in a number of renowned theatre plays, and television series, and films. Starts at 60 have put together ten of Mirren’s best movies of all time, spanning from 1969 to 2020.

Described by Rotten Tomatoes as a film “full of wit, humor and pathos”, Mirren’s 2006 portrayal of Queen Elizabeth II follows the trials and tribulations of the British royal family in the period after Princess Diana’s tragic death in 1997. Described by film critics as “fantastic” and “endlessly engrossing”, The Queen is an engaging historical drama that sees Mirren play one of her most talented and captivating roles to date. From her incredible costume and makeup, to her striking facial expressions and mannerisms, there could be no better fit for the royal role than Mirren herself.

An earlier of Mirren’s films, The Mosquito Coast follows the story of Allie Fox (Harrison Ford), an inventor obsessed with the idea of creating a civilised utopia in the jungles of Central America.  In the film, Mirren plays the role of Mother Fox, Allie’s helpless wife and mother to their four children. The film deep dives into the notion of egotism and naivety, playing on Ford’s unrelenting efforts to create a sustainable life in a not-so-inviting environment.

In this British political thriller, Mirren plays the role of Colonel Katherine Powell, leader of a UK military team working with the US to monitor and capture terrorists in Kenya. As described by IMDB, Col Powell’s mission becomes compromised when “a girl enters the kill zone triggering an international dispute over the implications of modern warfare”. The film was described by critics as “compelling”, “conflicting” and “riveting”, made prominent by Mirren’s strong and proactive portrayal of an important figure faced with a series of critical decisions.

This British comedy/drama film follows the rather inspiring true story of a group of middle aged Yorkshire women who came together to create a nude calendar in an effort to raise funds for Leukaemia Research in the 1990s. Featuring an all star cast with actresses including Julie Walters, Linda Bassett and Annette Crosbie, the film received a number of esteemed awards including the British Comedy Award for Best Comedy Film. Calendar Girls sees particularly hilarious performances from Mirren and Walters as the women grapple with the idea of exposing themselves for all of Yorkshire to see.

According to IMDB, The Last Station follows the true story of famed Russian novelist, Leo Tolstoy, and his “struggle to balance fame and wealth with his commitment to a life devoid of material things”. In the film, Mirren portrays Mr Tolstoy’s wife, Sofya Tolstaya, an upper-class, religious woman. Throughout the film, the couple’s once passionate marriage is tested by their personal differences, in particular Tolstoy’s strong objection to any form of self indulgence.

Gosford Park features quite an impressive cast, with performances from iconic actors such as Downton Abbey’s Maggie Smith , Kristin Scott Thomas, Michael Gambon and Richard E. Grant, to name some. The film is set in the 1930s and follows the story of a group of wealthy and ostentatious who gather together for a weekend of unwinding at a hunting resort before a shock murder shakes up their getaway. Mirren plays the role of Mrs. Wilson, housekeeper of the English country house where the group are residing. The film is described by critics as a “wonderful” and “haunting” representation of “class and conflict”.

State of play sees well-known actors including Russel Crowe, Ben Affleck, Viola Davis and more come together to create this intriguing modern drama/thriller. The film follows the narrative of a journalist’s investigation into the unsolved death of a Congressman’s assistant/mistress. Mirren plays the role of Cameron Lynne, headstrong editor of the New York Post where the journalist works. The film racked up a generous $88.8 million through Box Office and received a glowing critic consensus from Rotten Tomatoes where it was described as a “well-acted political thriller” with “an intelligent script and swift direction”.

Mirren’s most recent film and arguable one of her greatest, The Duke tells the true story of Kempton Brunton, a 60-year old taxi driver, who stole Goya’s portrait of the Duke of Wellington from the National Gallery in London. It was the first and to this day remains the only theft in the gallery’s history. In the film, Mirren portrays Dorothy Bunton, the wife of the charismatic Kempton who stood trial for the theft of the priceless Goya painting. The film has since received glowing reviews from critics and fans alike, with many describing Mirren’s portrayal of Dorothy as “impressive” and “excellent”.