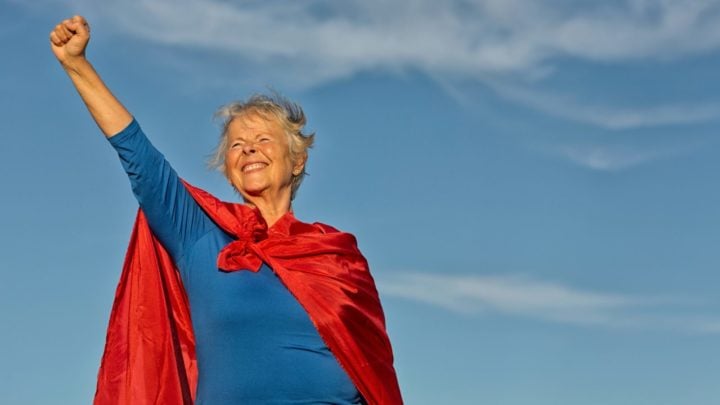 While faecal transplants have been known to treat intestinal disorders such as inflammatory bowel disease for many years, researchers are hopeful that with the right kind of poo from the right donors, more serious health conditions could soon be treated with the controversial therapy.

According to new research published in the Frontiers in Cellular and Infection Microbiology Journal, super-donors with the right kind of poo have the ability to provide the right bacteria to restore gut chemicals that are often lacking in patients with typical gut illnesses such as irritable bowel disease. Because other serious health problems including Alzheimer’s, multiple sclerosis, cancer, asthma, allergies and even heart disease are all associated with changes in gut bacteria, researchers have started to analyse what exactly makes someone a faecal super donor and how their stools could become the ultimate remedy for an array of health problems.

“The last two decades have seen a growing list of medical conditions associated with changes in the microbiome — bacteria, viruses and fungi, especially in the gut,” the study’s senior author Justin O’Sullivan said in a statement. “In fact, we know already that changes to the gut microbiome can contribute to disease, based on studies in germ-free mice as well as clinical improvement in human patients following restoration of the gut microbiome by transplanting stool from a healthy donor.”

The overall cure rate for recurrent diarrheal infection currently exceeds 90 per cent, but faecal transplantation for conditions including IBD exacerbations and type 2 diabetes have averaged 20 per cent success rates. According to researchers, the patterns of success in poo transplant trials demonstrates that super-donors exist and their stools are likely to influence the host gut and lead to clinical improvement.

“We see transplants from super-donors achieve clinical remission rates of perhaps double the remaining average,” O’Sullivan explained. “Our hope is that if we can discover how this happens, then we can improve the success of faecal transplantation and even trial it for new microbiome-associated conditions like Alzheimer’s, multiple sclerosis and asthma.”

It was found super-donor stools typically have higher levels of bacteria known as keystone species which produce chemicals that aren’t found in the host gut. Because of the lack of chemicals, people are more at risk of contracting disease.

“In inflammatory bowel disease and diabetes for example, keystone species that are associated with prolonged clinical remission produce butyrate — a chemical with specialised functions in regulating the immune system and energy metabolism,” O’Sullivan said.

To achieve this, a donor stool rich in particular strains of keystone species can be transplanted, or a special poo transplant containing a mixture of beneficial bacteria can be used. While this approach has been applied successful to prevent complications in a small sample of people with liver disease, the study found that microbial enrichment in the donor doesn’t completely guarantee enrichment in a transplant recipient. As such, researchers said there is more to a super-donor’s poo than keystone species and the balance of other bacteria and how they interact with each other can also influence the effectiveness of keystone species.

“For example, the success of faecal transplants has been associated in some studies with the transfer of viruses which infect other gut microbes. Some cases of recurrent diarrheal infection have even been cured with transplants of filtered stool, that has had all the live bacteria filtered out but still contains DNA, viruses and other debris,” O’Sullivan said. “These viruses could affect the survival and metabolic function of transplanted bacteria and other microbes.”

“It has been shown that a rapid change in diet, such as a switch from an animal-based to an exclusively plant-based diet, can alter the composition of the gut microbiota within 24 hours,” O’Sullivan said.

For future studies, researchers said genetic background and dietary intake should be recorded so health professionals and scientists can better understand how they impact the transplant process.

What are your thoughts on this study? Do you know someone who has received a poo transplant? Did it improve their health?