Our virtual lives and digital deaths 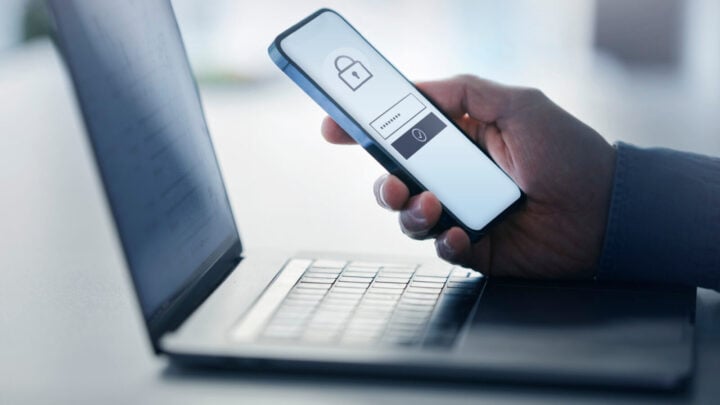 Passwords don't pass with your passing – they stay alive. If you have kept them in a secret place or, even more securely, in that impregnable cyber space called your head, it could create a problem for others if you lose your life or your mind. Source: Getty

Bruce Willis apparently took it hard when he found out that he couldn’t pass on his extensive iTunes collection to his children upon his death – it was his own little ‘die hard’ moment.

He apparently considered suing Apple but had to ‘whistle dixie’ on that possibility. That’s because, under Apple’s terms of trade, you don’t own the songs you buy, you only have a lifetime licence to use the songs. So much for that valuable record collection.

As many of us transition our lives into the virtual world, there can be a whole transformation in the way we own, control and ultimately pass on the fruits of our efforts.

It is estimated that 92 per cent of people have an online presence by the age of two. This presence can be ‘soft’ and sentimental such as images and social media including Twitter, Facebook, iTunes. Alternatively, it can be a ‘hard’ presence such as online bank accounts.

Understandably, we are all exhorted to “Be cyber safe – never give your password to anyone!” It is usually very prudent advice when you are alive. However, if you experienced your celestial transfer or lost your marbles tomorrow, could anyone who needs to, such as your executor or enduring power of attorney, access and operate your online presence?

Passwords don’t pass with your passing – they stay alive. If you have kept them in a secret place or, even more securely, in that impregnable cyberspace called your head, it could create a problem for others if you lose your life or your mind. This is particularly so for those who come after you and have to manage your earthly affairs – such as the Executor of your estate or your Enduring Power of Attorney (EPA).

Here’s an example of the issue that we had to address recently.

Some years ago, when she was one of those savvy septuagenarians, Molly had set up her bank accounts and other investments online via internet banking. She used her computer and her passwords to access and operate her accounts, pay bills and transfer money. In fact, one of her accounts could not be operated at all except online. The trusty companion, the bank passbook was now passé.

She was ‘cyber safe’ and kept her passwords to herself despite the salivating urgings of her children to tell them.

Some 18 years later, as the result of a severe stroke, she lost the capacity to make her own decisions including, of course, her ability to operate her online accounts.

Some years earlier, fortunately, she had the foresight to appoint one of her children, Ezra, to be her EPA. At the same time and to be seen to be even handed, she made two of her other children, Erin and Eric the Executors of her will when she died.

In light of her situation, as Molly’s EPA, Ezra was now entitled and needed to stand in her shoes and operate her finances.

Molly’s largest investment was held in an account that could only be operated online.

Ezra was now confronted with a number of challenges, and this is just a sample of the imbroglios:

Molly had not told anyone what her passwords were or where she had stored them and now, she couldn’t. Ezra had to somehow prove online that he was the EPA and entitled to operate the accounts and do this without her password, and not only that, earlier this year before the introduction of the new laws on Unclaimed Money, (which entitles the government to take any money from a person’s bank account which has not been accessed for seven years), a helpful letter arrived for Molly from one of her banks advising her to do something urgently unless she wanted the government to get its hands on the money in her bank account that had lain dormant for a long time.

Ezra responded quickly but without a password to the account he could not access it to make a withdrawal or even to make a cursory deposit. Without regaling you with all the other hoops and hurdles placed in Ezra’s path by the finance institution, suffice to say that two months after Ezra’s fruitless attempts to access Molly’s money, Molly died.

Her death raised even more complications. Suddenly, Ezra’s role disappeared and in came the Executors under Molly’s Will, Erin and Eric to take control of her affairs. They have faced the same mountains and valleys that Ezra had to confront as they also had no access to her account without the ubiquitous password.

When we pack up our life and relocate to heaven or somewhere more remote on earth, for those of us who have heeded our friendly lawyer’s advice, we will no doubt leave our affairs in a neat, tidy and ordered way. More than likely, we would keep good records about our finances and make a good will to make things a little easier for that long suffering after life bureaucrat, the Executor.

Unless you take the laissez faire attitude to life – ‘it’s their problem’, you may not want to leave this morass to your family. If so, think about these things to alleviate the issues for your family:

Should you tell anyone your passwords (or at least where to find them) particularly the person you have bestowed with the power to make decisions for you if you can’t make your own – your Enduring Attorney or, for later purposes, your Executor/s?

Should you give a copy of your Enduring Power of Attorney document to your bank/and/or financial institutions?

You need to judge what is appropriate and makes you comfortable in your own family circumstances. We think it is usually better to tell than not to tell.

I have always liked that age old mantra, “Trust me, I’m a lawyer!” You need to decide whether you accept your family’s familiar mantra, “Trust us, we’re family!”