‘Where have all the visitors gone? How tourism is vital for small town survival’ 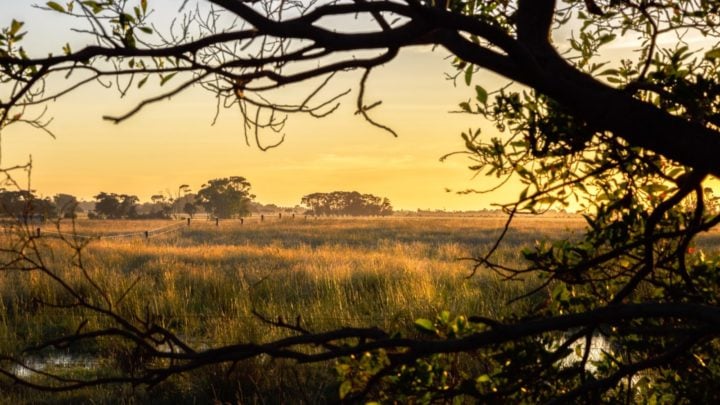 Brian says small towns, like the one he lives in, rely on holidaymakers and tourists during seasonal periods, but it was a quiet Christmas 2019. Source: Getty Images

I don’t know why it was, but our Christmas last year was distinctly quiet. Usually our little town is hopping by Christmas, in a small-town kind of way, with plenty of people roaming the streets on Christmas Eve, having a go at the Rotary crayfish draw, buying snags from the Lions trailer, and the pub crammed with people.

There are usually several stalls set up along the street by local entrepreneurs too, selling homemade jams, toilet roll cozies, secondhand books and bric-a-brac, but none appeared this time, for the first time I can recall since 1996.

My wife, Jacqui, and I went to our local pub, The Commercial, for a meal with friends on Christmas Eve expecting a crowd, so we reserved a table, but as things turned out, we could almost have had a table each, all 10 of us, without any booking! The pub had booked some musicians too, but unfortunately they weren’t due to arrive until after 9pm — perhaps the place got a little more lively after we left — I hope so, for their benefit, a group on Christmas can be quite expensive to hire!

Luckily, the weather proved to be exceptionally good, so that can’t be the reason for the holiday-makers not arriving; it’s really sad, because ours is a lovely part of Australia to visit; the town of Yarram is always welcoming to visitors, and the surrounding country-side has much to offer too.

Ninety Mile Beach starts just 10 kilometers from the town and Wilsons Promontory is only 30km away, with its numerous hiking trails, beaches and wonderful views looking back towards the mainland. Just down the road from Yarram is Port Albert, the oldest Victorian harbour outside of Melbourne; it was the only way to get to East Gippsland in the days before proper roads were built and it boasts many old and elegant homes to see, plus a flourishing maritime museum. It’s also the major boat-launching ramp around here and on a good-weather day the queue of boats waiting to get into the water can look like the Monash Freeway on a Monday morning!

Of course, there is beautiful countryside all around us. We even have a small National Park, called Tarra Bulga, which is a vestigial, remaining section of true rainforest, full of mountain ash and giant tree ferns, a waterfall and a river … It’s more like being in New Zealand than Australia. It’s a wonderful place to go on a hot summer afternoon, because of the vegetation there and the fact that the park is about 300 meters higher than Yarram, making it much cooler, while the air is slightly damp. There’s a lot more beautiful countryside to be explored too, plus the convenience to two larger towns in Traralgon and Sale, both within an easy 70km.

But it seems, despite all we have to offer here, the holiday-makers we usually look after, did not turn up last year, not in such promising numbers anyway. Perhaps the financial situation of a lot of people is curtailing any big-spending holidays — Christmas itself can be expensive enough these days, especially when there are electronic toys and other devices to buy! Fuel isn’t exactly cheap either, an average car, driving on petrol, can cost up to $30 each way for the fuel alone, and then there are the other things sometimes needed, like oil, tyres, etc.

We did experience a period of heatwave, which saw temperatures soar into the 40s, which led to an obvious increase in wildfires — another factor in holiday decision-making.

However, where we live is less likely to be attacked by fire than other areas. Most of the land close to town is pasture, rather than forest, so there wasn’t much fuel for such things. Any fire within a 20km radius of us often results in the town being heavily engulfed in smoke, like Sydney and Canberra during the disastrous fire season.

The thing is, a town like ours relies heavily on several influxes of visitors, which usually occurs around Christmas and other festivals and events. Throughout the rest of the year we rely on farming and forestry.

I hope the visitors return this year…

Did you travel away from home during the festive season?