‘My son blames me for his grandmother’s death’ 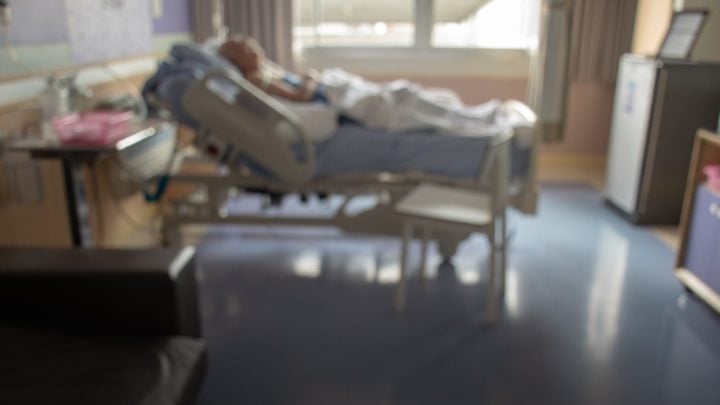 This writer's son blamed her for his grandmother's death. Source: Getty Images

My mother started living with us when my third child was born, so when baby four came along it was great having an extra pair of hands. Little did we know it would be 20 years more that Mum would still be with us.

Don’t get me wrong it was great in so many ways having extra help and a babysitter when needed, but Mum clearly favoured baby three and made more a fuss of him that the other three children. She always said he was her favourite.

As a mother, I had no favourites. I felt my mother was turning my third child into a spoilt brat. As my children got older, they started to become aware of the differences in affection my mother afforded them and it caused trouble. My children started fighting with each other and felt their sibling got everything he asked for and more from Granny.

It became increasingly obvious when we fostered three boys over the years. It was also obvious to our friends and other family. It became something of a joke to them, but I didn’t feel such an attitude was helpful. I tried to set things right on many occasions, pulling my mother aside to discuss this issue with her, but she refused to listen.

When she was 81, Mum was diagnosed with melanoma. She hid this from me until it was the size of a teacup and she required an operation that removed nearly all her calf muscle. After surgery and skin grafts, she returned home and I nursed her back to health. It was hard work and she did not make a very good patient.

My children were in their 20s. My oldest was married, my second child was living and working away from home, my youngest was in Grade 12. My third child was doing an apprenticeship. My youngest two were living at home.

We got the call to say the cancer had spread and Mum required more surgery. She refused. She didn’t want chemotherapy or radiotherapy. She said she was ready to die.

This was very difficult for me to hear, but even harder for my third child. He begged me to force her back to treatment, even though I tried to explain to him it was not my choice. His granny had made up her mind.

My son became increasingly aggressive and difficult. One morning he exploded at his father and refused to pay his $50 board for that fortnight. He said I was a ‘money grabber’. I was so stressed that day that I gave him an ultimatum — apologise to his parents and start paying board or leave. He left. He ended up paying three times as much in rent to stay with his boss.

Three years went by and things were still cold between my son and I. However, he would take his grandma out each Thursday fortnight for dinner (she paid though).

One morning I thought she was taking a long time in the shower and I went to find her. She said she was unable to get out of the bathroom, she didn’t know where the door was and she had no idea who I was. I got her dressed and put her back to bed and called an ambulance. I then called my husband, who cancelled his work for the rest of the day and said he would meet me at the hospital. He contacted a neighbour to come with me.

I called my family. When the ambulance arrived, Mum was very confused. She called me by my brother’s name. I followed the ambulance to the hospital. My husband and our four children were waiting when I arrived.

Our doctor asked Mum lots of questions and she got them all wrong. She didn’t know the children and my third child was very upset she didn’t know him either. Her power of attorney kicked in. The doctor told me that I would be required to make decisions on my mother’s behalf as she was no longer able to do so.

My third child thought this was good, ordering me to get her into surgery and to give her cancer treatment. He didn’t understand that it was too late for all that.

My mother had a ‘do not resuscitate’ in place. When she had her scans they found the cancer had moved to her brain. The hospital and the doctor explained that they would keep Mum and make her comfortable, but that the end was near.

I called my sister, who lived interstate, and she flew in. My brother could not fly as he was sick. My mum and a lucid day and gave my sister and I a list of people she wanted to see, so we gathered her friends. My son was still giving me a hard time about saving her life.

Three days after she was admitted to hospital, my mother took her last breath. My sister and I were at her side.

The family came to say goodbye before she was taken away and my son told me I had murdered his grandmother.

It has been 10 years since my mother’s passing and my son has had no contact with us. As far as I am aware, he still thinks I killed his granny. He will never know how much I miss my mother every day. I feel I did the right thing by her in adhering to her wishes, but it is still a very bitter pill to swallow.

Have you or your children struggled with the death of a loved one?