‘Coronavirus has put our life on hold, but at least we’ve got each other’ 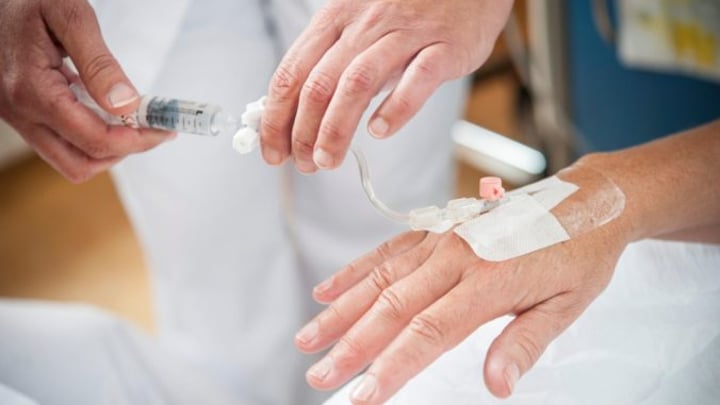 Pamela has an infusion every four weeks and is being extra careful during the coronavirus pandemic. Source: Getty Images

There’s no denying 2020 has become a very trying time in our country, since this dreadful virus, Covid-19, started spreading from China into nearly every part of the world. It only started affecting our way of life in February when we heard passengers were being isolated on the Diamond Princess in Yokohama, Japan. Some were tested and found positive, taken to hospital and the rest of them spent weeks in isolation. Of course the disease spread, while around the world travellers coming off more ships and planes unknowingly contributed to the outbreak.

My husband and I were booked on a Tasmanian cruise from Sydney in late-February and at that time we had no idea of what was coming. We heard that cruises could be postponed but ours went ahead, noticing sanitation procedures were upgraded on-board. We only had to sign a form saying we didn’t have a fever and we hadn’t travelled to China in recent weeks. At that stage only travellers coming out of Wuhan Province were being blamed, and rightly so, for spreading the virus.

We came home after enjoying our last travel for a while and heard my sister’s cruise in the middle of March was cancelled. Since then the cruise industry has collapsed.

Restrictions were starting as coronavirus spread and people started hoarding, of all things, toilet paper and hand sanitisers causing panic amongst shoppers, leading to shortages of staples like flour, rice, pasta tissues etc. Online shopping deliveries paused, the panic has somewhat stopped but some food items are still hard to find.

As is the case in any disaster, we have seen the best of people and the worst of people. After that rule was broken, our national leaders followed by state leaders bought in the rules allowing smaller gatherings including five people at weddings and 10 at a funeral.

Around the world, populated countries were experiencing big leaps in deaths, hospitals in Italy followed by Spain, London and later the United States were overwhelmed with the sick and dying. Our leaders here in Australia are trying to stem the spread by putting stricter measures into place. Unfortunately, one group off a cruise ship were diagnosed with the virus after they disembarked in Sydney, compromising everyone they might have crossed paths with.

Australians overseas are being advised to come home, and at the time of writing Qantas had cancelled 90 per cent of its international flights and along with pubs, clubs, cafes and restaurants closing, many people have lost their jobs. All returning travellers are taken to hotels to be in isolation for two weeks to try and stop any new infections. It’s the new norm for us.

The government has raised the Centrelink payments etc. to try and help Australians through this worrying time. Strict rules are now in force, only go out if you need to do food shopping, work or appointments. Stay home if not. Over-70s are to stay home unless we absolutely have to go out. Only two people can gather at any one time, unless family members.

I’m 75 and have a compromised immune system, I’m trying not to panic and stay home as much as I can. Up until recently John and I were driving to local picnic spots, packing a thermos for morning coffee along with cake or biscuits. Just getting out was good for our sanity.

I need to have an infusion every four weeks for chronic low antibodies, I want to see the other side of this catastrophe but it might take months, so I’ll do anything it takes to stay healthy and see life return to normal. We are going to be first-time great-grandparents in October to twins, that will keep us going if nothing else.

What is something that is 'keeping you going' during the coronavirus crisis?