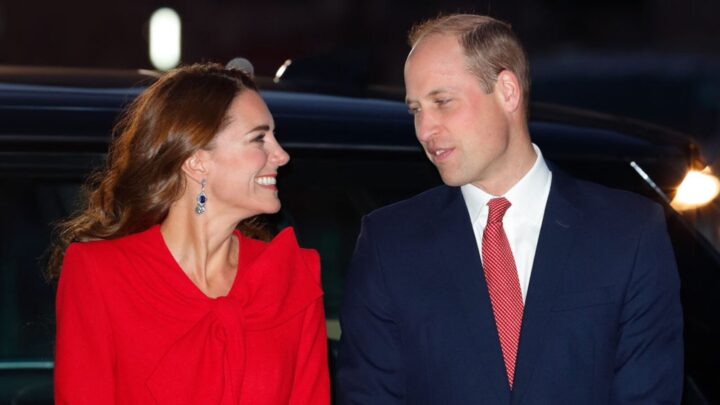 The Prince of Wales has recalled the gifting mishap he made during the early stages of his blossoming relationship with Kate. Source: Getty

Bad gifts, we’ve all either given one or have received one, and it seems even a future King like Prince William can drop the ball in the gift-giving department from time to time.

Prince William admittedly excels in a lot of areas in his life, whether it’s fatherhood or being a hardworking member of the royal family, William knows his stuff. But, when it comes to picking out a gift for his wife, Catherine, this is an area where he seemingly failed to meet the mark.

Appearing on the That’s Peter Crouch Podcast the Prince of Wales recalled the gifting mishap he made during the early stages of his blossoming relationship with Kate.

During the lighthearted recording session, host Peter Crouch shared that he had once bought his wife a raincoat, labelling it as the worst gift ever. However, William did one better, revealing that he had once left Kate confused after gifting her a pair of binoculars.

“I did get my wife a pair of binoculars once — she’s never let me forget that,” William said.

“That was early on in the courtship, that was,” he said, adding that he thought the gift “sealed the deal,” even taking the time to wrap them himself, hoping to woo Kate even more.

“They were really nice. I was trying to convince myself about it. I was like, ‘But these are really amazing, look how far you can see!’ She was looking at me going, ‘They’re binoculars, what’s going on?’ It didn’t go well. Honestly, I have no idea why I bought her a pair of binoculars,” he said.

Luckily for William, the unusual present gift hadn’t been too much of a disaster as the couple are now happily married with three children- Prince George, 9, Princess Charlotte, 7, and Prince Louis, 4.

Later in the podcast, William also expressed his gratitude for his wife, saying she was the one who really held their family together, saying “I’ve learned my patience is a lot shorter than I thought it was. That’s probably the biggest eye-opener for me, and my wife has super patience.”

Since marrying into the royal family, Kate has done a magnificent job of navigating her royal duties and her role as a mother.

In a recent royal engagement in Northern Ireland, she proved once again that she is the embodiment of beauty and grace after being confronted by a local who called her out for not being in her “own country”.

Since receiving her new title as Princess of Wales in September, Kate has had a string of successful royal engagements. Whether she’s sharing hilarious stories of her kids or melting hearts across the country with her sweet interactions with local children there’s no doubt William picked an excellent partner to navigate the challenges of parenthood, royal service, and future present-related decisions.