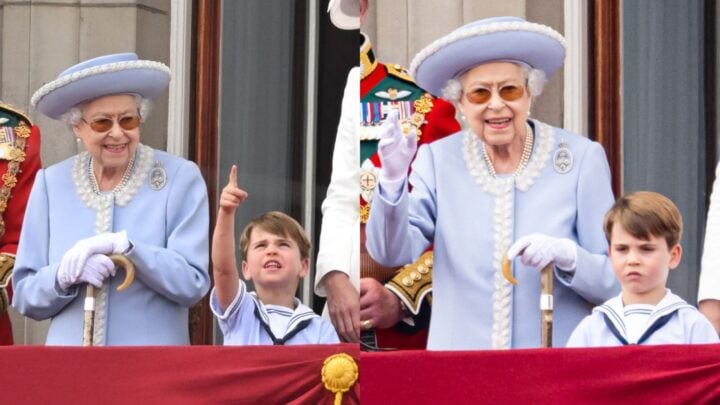 Catherine, Princess of Wales, gives insight on how her children are dealing with the family's loss. Source: Getty

The UK may have lost its Queen, but the three young children of the Prince and Princess of Wales lost their great-grandmother.

Following the news of Queen Elizabeth II’s death on September 8, Catherine, Princess of Wales has been updating fellow mourners on how her three children, George,9, Charlotte, 7, and Louis, 4, are dealing with the loss of their great-grandmother.

According to Australia’s Governor-General, David Hurley, the Princess shared that her youngest son, Prince Louis, does not fully understand the tragic situation.

Speaking to 9Honey, Hurley said that while Prince George is “sort of now realising how important his great-grandmother was and what is going on”, Prince Louis has been asking his parents if their trips to visit “grannie” at Balmoral Castle would still be the same.

“The younger one is now asking questions like, ‘do you think we can still play these games when we go to Balmoral and things like that, cause she’s not going to be there?'”, Hurley said.

When asked how the children were coping with the loss, Catherine had also told 9Honey they were “being looked after”.

Earlier last week, Catherine met with well-wishes outside the gates of Windsor Castle, where she shared the bitter-sweet remark Louis had made upon hearing about the Queen’s death.

One mourner had overheard the Princess tell a group of young children, “Louis said at least Grannie is with great grandpa now” and was “welling up” as she spoke.

500 foreign dignitaries and public figures, including Australian’s of the Year Dylan Alcott and Val Dempsey, have also arrived in the UK to pay their respects to the late Monarch.

Meanwhile, a monumentally long and slow-moving queue can still be seen outside Westminster, snaking through the streets of London as members of the public continue to wait to say their last goodbye to their Queen.

Queen Elizabeth II’s funeral service is scheduled to start at 8 pm AEST (11 am BST) before Her Majesty’s coffin will be drawn in a walking procession from the Abbey to Wellington Arch, at London’s Hyde Park Corner.