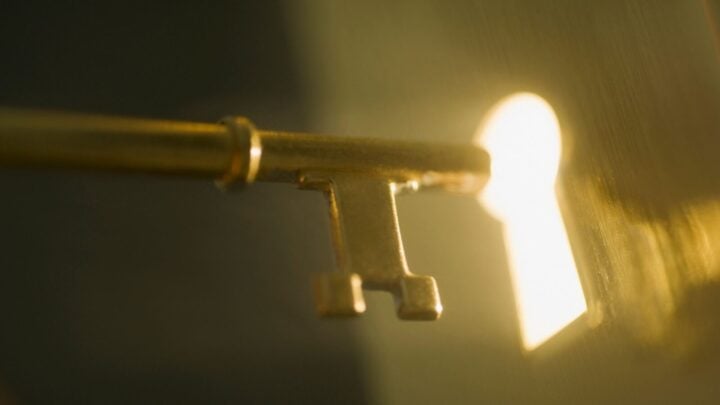 Australians are being encouraged now to unlock their home equity despite not really knowing what that entails. Source: Getty.

The release of the Retirement Income Review in November made it clear that the family home will play a larger part in Australia’s retirement income system going forward. What it didn’t do, as finance guru Noel Whittaker has pointed out, is say how that may pan out. “What made this [review] unusual is that it made no recommendations – it just provided information,” Whittaker noted in a recent column.

The 600-plus-page review document did make several statements about how near-retirees should prepare their savings for post-work life. Most notably, it said instead of going ahead with the Super Guarantee (SG) increase to 12 per cent up from the current 9.5 per cent, as is a point of current political debate, Australians should instead plan to use their home for income production in retirement.

The report described the family home as the most important part of Australians’ voluntary savings, because homeowners had lower housing costs in retirement as well the property forming an asset to draw retirement income from.

It said, however, that the exemption of the primary residence, but not cash, superannuation balances and investment income, from Age Pension eligibility tests meant retirees were disinclined to use home equity as an income source.

The need to educate on equity release

“Despite Australia’s high rate of home ownership, for many superannuation and the Age Pension will not be enough to support them comfortably, especially in late retirement,” Associate Professor Stuart Thomas from RMIT University said. “If the government is genuine about making equity release a more prominent method of retirement funding, and addressing this gap, it needs to address low financial literacy in this area.”

Thomas said recent research by the university, which was conducted in partnership with Heartland Seniors Finance, a reverse mortgage provider, found that Australians generally had a poor understanding of how equity release could be used as a source of retirement income, although they were able to identify equity release as a viable way to pay off existing debt or fund home improvements.

“Australia also lacks a deep and diverse equity release market, with disjointed regulation between states and the federal government among several barriers to entry for innovative new products.” Thomas added. “This needs to change if equity release is to play a more prominent role in funding retirement in Australia.”

Josh Funder, the founder and CEO of reverse mortgage provider Household Capital, addressed the same issue in a recent forum. Funder noted that there were no current barriers that prevented Australians from responsibly accessing their home equity as the third pillar of their retirement income – alongside the pension and superannuation – but that retirees were reluctant to do so based on failings in the equity release market in decades past.

This was despite the fact that the government itself operated a reverse mortgage product in the form of the Pension Loans Scheme, and that since September 2012 consumers have been protected by significantly strengthened legislation that prevents equity release product providers from allowing a homeowner to owe more than their home was worth – even if the value of the property drops, making it worth less than the amount borrowed.

Other protections prevent equity release providers from forcing a homeowner to sell their home, as long as they’ve complied with the terms of their loan, and the fact that the home remains in the borrower’s name, not that of the loan provider.

But even as recently as 2016, consumer body Choice cautioned against using equity release to obtain a lump sum, describing reverse mortgages as a “potential ticking time bomb” and home reversion schemes as requiring users to “[sell] your home equity on the cheap”.

Household Capital’s Funder said that older Australians were right to lack confidence in the bank-dominated home equity market of the past. “It was complex, it was poorly regulated by the states, it was not transparent and so it was hard for people to understand,” he explained, adding that under the old system, Australians who used reverse mortgage were seen as “last-resort borrowers” by banks that provided loans that were structured to consume the borrower’s home equity within a few years, leaving borrowers with no retirement income plan as well as an increasing debt.

“I think what’s stopping Australians [from using their home equity] is understanding what’s changed since then,” Funder said.

Under the current regulatory system, 60-year-olds are likely to be able to borrow no more than 15-20 per cent of the total value of their home, with the general advice being an incremental increase of 1 per cent of total home equity for each year  the borrower is aged over 60, according to Moneysmart, ASIC’s consumer information site.

Complications to the equity release argument

Even with a better understanding of equity release products and their pros and cons, many older Australians are likely to remain resistant to using their property to fund their retirement without change to the pension’s primary residence rules.

As one Starts at 60 reader recently commented on a recent story about equity release: “[This] again highlights the unfairness of a system that says Mary with a $1M home can qualify for the full pension, while John who downsizes from a home of the same value may not, even though their total asset positions might be identical. We should increase the asset test threshold by an amount to cover the ‘average’ home (whether that is location-based or some other balancing method) and then apply the test to all assets, including the home.

“It just seems unfair that someone with $1M in the bank as their sole asset does not get a pension, but as soon as they use that to buy a house they can get the full pension, even though their financial position is unchanged.”

Media commentators, meanwhile, have pointed out the inequities of a system that forced workers to forego wage increases in order to fund mandatory super contributions by employers, in order to save to create a retirement income that could, in fact, be otherwise at least part-funded by home equity, particularly given that the Retirement Income Review found that most Australians died with almost as much money in superannuation as they retired with.

The Australian’s economic editor Adam Creighton referred last week to a report by the Grattan Institute that found that retirees aged 75-plus had on average just under $1 million in equity in their homes, plus other financial assets – a sum that dwarfed the $127,000 they had on average in super.

Creighton referenced the review’s example of a retiree who released $5,000 a year in equity from a $500,000 house, which would still leave them with about three-quarters of the value of their home at age 92 and posed the question: “Why shouldn’t ‘eating your house’, or at least having a nibble using a reverse mortgage, be a reasonable option for retirees who run out of super or want a higher living standard than the fallback Age Pension can provide?”

Meanwhile, Dr Deborah Ralston, one of the three experts who made up the Retirement Income Review panel, also recently referenced the potential good sense of drawing down just a small amount of home equity to supplement retirement income.

“With products that are emerging now in equity release, and particularly the Pension Loans Scheme, it’s quite possible to stay living in your home for longer, and to use a small part of your (home) equity to supplement your income,” she said.

The government is yet to respond to the Retirement Income Review report and has hinted at a delay to implementation of the SG increase, with both issues to be dealt with in the new year.

Would you consider using your home equity to provide income? If not, what's stopping you?