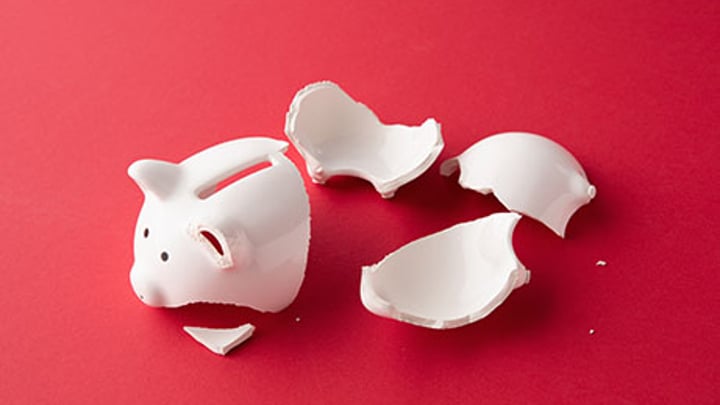 Last month Treasury released the latest review of the Australian retirement income system. What made this one unusual is that it made no recommendations – it just provided information. But don’t hold your breath, without doubt it will go the way of all the other inquiries.

Remember the Henry tax review, which was commissioned by the Rudd government in 2008, and published in 2010? The report contained 138 recommendations, most of which have been ignored.

In 2014, we had the 320-page Murray report which made 44 recommendations, most of which never saw the light of day. In 2015, CEDA published a comprehensive paper The Super Challenge of Retirement Income Policy which pointed out that “constant tinkering around retirement income policies makes it difficult for those planning for retirement to make informed decisions about how best to fund their retirement”.

Of course, if you’re in government, you need to be seen to be doing something. In December 2016, Treasury released a discussion paper titled Development of the Framework for Comprehensive Income Products for Retirement (CIPRs) which required fund managers to develop products which would give retirees security in the later years of their life. The May 2018 budget took the process a step further when they announced a retirement income covenant that would require trustees of superannuation funds to offer CIPRs. As of today, they are still a work in progress.

Just a week ago, Reserve Bank Governor Phillip Lowe urged the Morrison government to move faster on reform, and pointed out that the Productivity Commission’s Shifting The Dial report has been languishing in the government’s ‘too hard’ basket for over three years.

A key finding of the latest retirement income inquiry was that the present retirement income system, which revolves around the three pillars of Age Pension, compulsory superannuation and voluntary savings was serving retirees well. (For the record, I talk about all these topics in my new book, Retirement Made Simple, which you can purchase from the Starts at 60 Marketplace here.) Consequently, there was no urgent need to increase compulsory employer superannuation.

Predictably, reaction by the many stakeholders in our retirement system were mixed as they all fought to defend their own positions.

The Association of Superannuation Funds of Australia (ASFA) strongly disagreed with the inference that raising the employer superannuation to 12 per cent was not of great importance. CEO Martin Fahey claimed “for many Australians the increase to 12 per cent is essential to offset the financial loss from super withdrawn under the Covid-19 early release scheme”.

The big debate now is between more employer super, or more money in the pay packet. Valid arguments can be made for both positions, but in my view, most workers spend every dollar they earn and would be far better off trading smaller pay rises today, for $800,000 or more in their superannuation when they retire. That would give every retiree the equivalent of a big Lotto win.

The main problem with the review is the assumption that our present pension system can continue at its present generous level. Let’s face it, we have a major structural demographic problem. Our fastest growing group is the over-65s, who demand more and more in welfare as they age, yet thanks to a wide range of offsets, pay little or no income tax.

Australia, like every other developed nation is in debt to the hilt thanks to Covid-19. The big question is where will the money to pay all this welfare come from. Raising the GST to 15 per cent with no exceptions is the obvious answer – how to sell that to parliament is the big question.

Tax rort by the rich? Hardly

The retirement income review also observed that retirees with large superannuation balances receive too much in tax concessions. It noted that 11,000 people currently have over $5 million in super, and claimed that people with incomes in the 99th percentile receive more tax concessions both during their working lives and in retirement than any other group.

The obvious inference is that superannuation concessions should be wound back for those with large balances. But rule changes already made mean that within two decades there will be very few big balances. Cast your mind back to June 30, 2017, when the Turnbull Government introduced the transfer balance cap. This restricted the amount that could be transferred to superannuation’s tax-free pension mode to $1.6 million. Earnings on the balance of a fund were to be taxed a flat 15 per cent.

Undoubtedly, some self-managed funds had the good fortune to invest in shares like Magellan, Fortescue and CSL, which would have given their balances a mighty boost. But keep in mind that these are usually long-term holdings, and the value increases are only paper gains until the shares are liquidated. Until then, CGT on these would contribute virtually nothing to Australia’s tax income, irrespective of what tax bracket the owner was in.

Most members of large super funds are aged at least 70, which means they are likely to die in the next 20 years. And a person with a large balance cannot pass the entire balance to their family within superannuation mode. If their partner is nominated as a reversionary beneficiary, the widow or widower may receive up to $1.6 million, and the rest of the deceased member’s account must be cashed out and paid to the beneficiary. It has left the superannuation system.

If the inheriting partner already has a balance of $1.6 million in pension mode, to receive $1.6 million from the deceased they would need to commute their existing pension balance back to accumulation mode, to make space for the money being transferred in.

Suppose in three more years the surviving partner dies – if leaving money to a non-dependant, the estate may well be liable to pay tax of 17 per cent on the taxable component of the surviving partner’s account. Alternatively, if they had taken advice, their attorney would have withdrawn the money from the fund tax-free and deposited it in their bank account. (You can read more about my views on the ‘death tax’ and how to avoid it here.) In both situations the entire balance has left the superannuation system once both members are deceased.

I fail to see how the review can make the comment that tax concessions go disproportionally to the wealthy. If a person earning $400,000 a year was under the $1.6 million cap and wished to contribute $100,000 to super from after-tax dollars, they would have to use gross income of $189,000 to make an after-tax contribution of $100,000. If they wanted to boost their balance further with a $25,000 concessional contribution, they would pay $7,500 in contributions tax, leaving just $17,500 as a net contribution.

When the Turnbull tax changes became law the industry gave a huge sigh of relief, in the expectation that finally superannuation rules were settled, and no more changes were in the pipeline. Now more than ever Australia needs a superannuation system that gives certainty. We don’t need any more changes.

Noel’s new book ‘Retirement Made Simple’ is available on the Starts at 60 Marketplace for $29.99. Click here to buy now before it sells out!

What did you think of the recent Retirement Income Review?