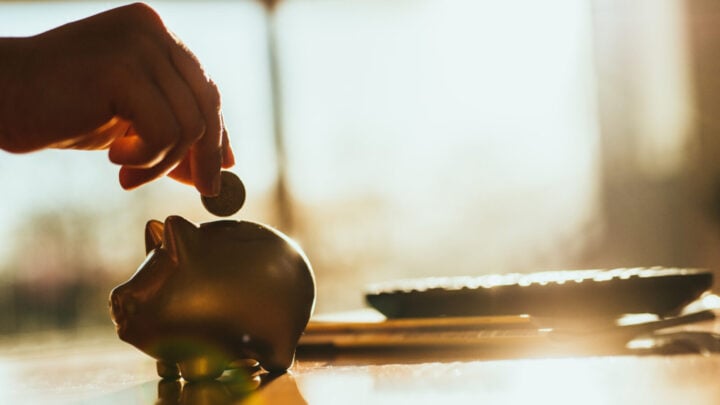 The Treasury’s Retirement Income Review, a whole year in the making, has finally been released. You’re likely to see reams of words about it in the media in the coming days, weeks and months, as politicians, experts and advocates for older Australians debate the fine print. To ensure you’ve got the big picture ahead of this minutiae, we’ve collated the main findings and some of the key points of interest in plain language.

What was the review for?

Who did the review?

Mike Callaghan, Carolyn Kay and Deborah Ralston made up the panel that conducted the review. Callaghan is the current chair of the Commonwealth Grants Commission but also recently chaired the Aged Care Financing Authority. He spent 38 years working in the Treasury and was the chief of staff to Peter Costello when he was treasurer.

Kay is a professional executive and non-executive director at a range of Australian companies and boards, and is currently a member of the Future Fund Board of Guardians. She worked as a banker and lawyer at some of the biggest global names, including Morgan Stanley, JP Morgan and Linklaters.

Ralson has worked as a senior leader across the education, banking, superannuation and fintech sectors, including at multiple Australian universities, the CSIRO and the Australian Securities and Investments Commission, and is currently a member of the Reserve Bank of Australia’s Payments Systems Board.

Who talked to the review panel?

The panel received more than 430 submissions from both experts, regulators, interest groups, professional and non-profit bodies and members of the public, and conducted more than 100 meetings with key stakeholders. It also commissioned additional research reports from expert groups on tax, financial matters and economics, and used data from sources ranging from the Australian Taxation Office to the Department of Social Services.

What were the key findings?

Our retirement income system is “effective, sound and its costs are broadly sustainable”.

The report says that while this is the case, the evidence suggested there were areas that needed to be improved.

The review found that the system was complex, Australians held misconceptions about it and those factors, combined with a low level of financial literacy, meant some Australians didn’t adequately plan for their retirement or make the most of their assets in retirement. This complexity was increased by the interaction retirement funding has with the aged care and tax systems. Australians needed better information and good, affordable advice that was tailored to their needs, the review said.

The retirement income system doesn’t actually have a clear objective.

The panel suggested that the system should be developed around the goal that it deliver “adequate standards of living in retirement in an equitable, sustainable and cohesive way” that ensured:

Most Australians aged 65-plus get some kind of pension.

The review found that 71 per cent of people aged 65 or over received some type of pension payment, over 60 per cent of whom received the maximum rate of benefit. It also found that for most households headed by people aged 65-plus, the family home was the main financial asset and superannuation made up a small proportion of their combined net wealth.

Most retirees have a reasonable standard of living, thanks to the Age Pension and other government support.

The review noted that this was not, however, the case for the growing number of older Australians who rented housing in the private rental market. And increasing Rent Assistance would have only a small impact on fixing this problem, it added.

“A key aspect of the retirement income system favouring home owners is that the principal residence is excluded from the assets test for the Age Pension,” the review explained. “Regardless of the value of the house, a homeowner can receive the same Age Pension as a renter … all other things being equal.

“This suggests that wealthier retirees (in terms of the value of their homes), can receive the same government assistance as those less wealthy (either retirees who rent or home owners with houses of lesser value).”

People who retired ‘involuntarily’ for job-related reasons before pension-age were another group that didn’t necessarily achieve an acceptable living standard.

The review also said that retirees received health, aged care and other government services that were, when combined, worth more than the maximum rate of the single Age Pension.

The pension is far more than just a social safety net for the neediest.

The pension plays an important part in retirement incomes by supplementing superannuation savings, the review found. And a number of measures showed that it had kept pace with community standards in helping retirees maintain their standard of living.

Even not counting the other government support provided to retirees, Australia’s pension was the eighth-most generous out of 35 comparable OECD countries. Its increases have also outstripped inflation, with the pension rising 32 per cent since 2010 but CPI by 20 per cent. And the maximum pension had been rising faster than wages since 2014, which had the effect of providing many retiree pensioners with a higher income than they received during their working life.

But the review noted that a theme of the whole report was that creating a more “optimal” retirement income system would involve retirees more effectively using more of their own assets, including their home equity, to maintain their standard of living.

Australians use super tax concessions to build their wealth.

Super tax concessions were really intended to help workers build enough wealth to create a retirement income but instead, most retirees left the bulk of the wealth they had at the point of retirement as a bequest when they died, the review said.

“Retirees are generally reluctant to draw down their savings in retirement due to complexity, little guidance, reluctance to consume funds that are called ‘nest eggs’, concerns about possible future health and aged care costs, and concerns about outliving savings,” the review explained. “Currently adding to concerns is uncertainty around the impact of the Covid-19 pandemic.”

The home is the most important part of Australians’ voluntary savings.

Owning a home has a big influence on retirement outcomes, the review found, noting that homeowners had lower housing costs, as well as an asset that could be drawn on in retirement. Plus, the retirement income system currently favoured homeowners, such as by exempting the principal residence from the Age Pension assets test.

“It appears [Australians] see superannuation as mainly about accumulating capital and living off the return on this capital, rather than as an asset they can draw down to support their standard of living in retirement,” the review said. “The family home is an underutilised source to support living standards in retirement.”

A retirement income of 65-75 per cent of employment salary is fair.

This is the case other than for low-income earners, the review found.

A balance that leaned toward a higher ‘replacement rate’ in retirement would mean workers would forego too much spending during their working years in order to build up their super, it added. At the same time, if retirees drew down their super only at the legislated minimum drawdown rates, as is currently the case for many, retirees would have a lower standard of living than a 65-75 per cent replacement rate could provide, it said.

The review found that the principal residence exemption was a disincentive to using home equity to support retirement income, but that the Pension Loans Scheme was actually an effective option for those who wanted to increase their income in retirement.

Women get a particularly raw deal from the super system.

That’s because the super system is mostly based on a person’s engagement with paid work – how much they’re paid and for how long they work. Women, who earn less than men and spend less time in the workforce, were at a disadvantage when it came to accumulating super and thus building a reasonable retirement income.

Australians with disabilities and Indigenous Australians also had inequitable retirement outcomes for the same reason, the review added.

The Age Pension helps offset some inequities in retirement outcomes but the tax concessions on super has the opposite effect.

Government spending on the pension as a proportion of GDP will fall slightly over the next 40 years but spending on super tax concessions will grow until it overtakes pension costs in about 2050.

The Retirement Income Review also singled out a series of misconceptions about the system that, although incorrect (the panel said they were “generally not supported by evidence”), impacted how people behaved in what could be negative ways. The most common misunderstandings about retirement income were:

As mentioned above, the review paper pointed out what it called a misconception about the ‘pre-payment’ of the pension by workers who paid tax during their years in the workforce – a belief strongly held by many retirees for historical reasons.

The problem was that successive generations of workers would shoulder increasingly large burdens to support an rapidly growing number of retirees, it added.

“Given the Australian population is ageing and birth rates have fallen, the ratio of working-age people relative to retirees is decreasing,” the review explained. “This means the annual cost per working-age person of the Age Pension and superannuation earnings tax concessions retirees receive is expected to rise. This means that successive generations will have to contribute more in dollar terms during their working lives to fund these benefits for retirees.”

Whether the cost of the pension and super earnings tax concessions retirees received was affordable for future generations would depend on wage growth, the report concluded. If real future wage growth averaged 1 per cent a year, the burden on future workers would be roughly similar to what it is today, but if there was no real wage growth, the proportion of wages working age people were ‘giving up’ to pay the pension and for tax concessions would “rise substantially”, it added.

What do you think about the report's findings?