Easy ways to get rid of your beer belly 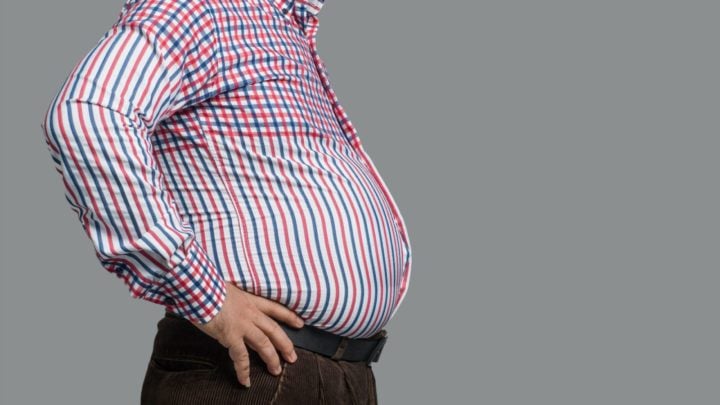 Exercise and diet are vital when it comes to beating a beer belly. Source: Getty

Beer belly, love handles, the middle-aged spread – whatever you call it, having a bit of a gut is something many people notice as they age. But just how harmful is a beer belly for health and what are the best ways to get rid of excess weight?

Q: Why do older people get a beer belly?

A: There are a few reasons, including a slowing metabolism, but the primary reason is hormonal in nature. This being a reduced sensitivity to insulin which becomes blunted over time, causing an increase to neo lipogenesis (the building of new fat cells).

Q: What diet and lifestyle factors can contribute to a person getting a beer belly?
A: A beer belly is so named as the beer contains a large percentage of carbohydrates. Carbs cause an insulin spike which requires the body to ‘switch off fat burning’ and attempt to deal with the rise in blood sugar levels. As it struggles to cope with this over time, the more beers we drink over more years, the bigger the beer belly. The body is storing the excess fat around the belly.

Q: Are there any other factors that can make someone prone to getting a beer belly?
A: Diet is the main offender. A diet high in carbs and sugar will make the problem much worse. Exercise is also critical, but not as much as diet itself. Weight training can help balance the metabolic processes that are contributing to the beer belly and aerobic exercise improves the response to insulin, allowing you to better cope with the beers. However. you can never ‘outrun or out-exercise’ a poor diet.

Q: Are there any health conditions that can contribute to someone getting a beer belly?
A: It’s often an associated condition that perhaps makes it more challenging to exercise. Perhaps a muscle or tendon problem means you struggle to exercise, which in turn starts off a vicious cycle of poor eating habits, weight gain, even more difficulty exercising and so on. Metabolic disturbances, such as diabetes, can contribute to a beer belly.

Q: Is it actually unhealthy for older people to have a bit of a gut?
A: My opinion is it’s unhealthy at any age to have a beer gut as it demonstrates there’s an issue with insulin sensitivity and this person may be becoming insulin resistant, which is the pre-cursor to diabetes.

Which exercises are best when it comes to beating a beer belly?
A: The exercises are actually not critical in my opinion. General aerobic exercise (such as walking briskly) is ideal. Vigorous cycling and even short bursts of 10-second sprints on a bike can be very effective. Exercising the abdominals doesn’t really show any scientific proof to help a beer belly. Rather, whole body weight exercises would be my suggestion.