Can reducing your red meat intake lower your risk of bowel cancer? 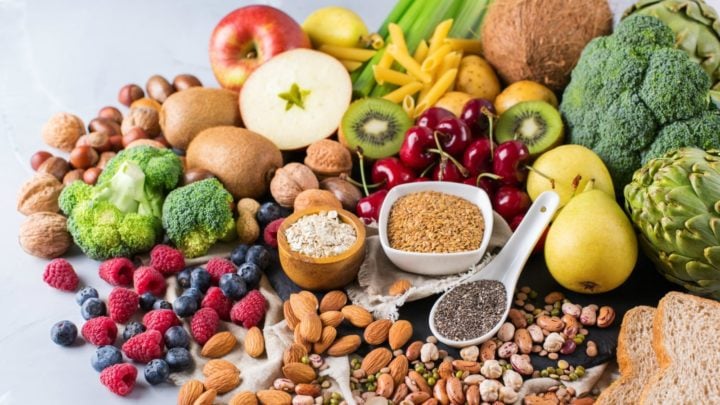 ‘Cut out carbs’, ‘go vegan’, ‘too much red meat is bad for you’ … nowadays there’s seemingly no shortage of advice when it comes to what you should eat to remain healthy, with certain food groups even linked to an increased risk of serious health conditions such as bowel cancer. But, does your diet really have a direct impact on your chances of developing  Australia’s second most common cause of cancer?

Speaking to Starts at 60, nutritionist and bowel cancer survivor Teresa Mitchell-Paterson says you can slash your bowel cancer risk simply by improving your diet, and credits her own survival to switching to a plant-based diet, heavy in fruits, vegetables and wholegrains. She also limited the amount of red meat in her diet, as eating too much has been linked to an increased risk of colorectal cancer.

“Something that we do know is that eating too much red meat, which is beef, lamb, pork and goat, is definitely linked to an increased risk of bowel cancer.” Mitchell-Patterson says. “The more meat you eat, the more at risk you are.”

So, in line with Bowel Cancer Australia’s Meat Free Week, which runs from September 23-29 and challenges Aussies to try a plant-based menu for seven days, here are Mitchell-Paterson’s top tips on which foods are best – and worst – to eat when it comes to lowering your risk of bowel cancer.

Does red meat cause bowel cancer?

Mitchell-Patterson says the link between red meat consumption and bowel cancer comes down to two things: the iron and the fat it contains. She says when red meat is cooked at a high temperature, these two minerals are chemically altered to make something called a heterocyclic amine and polycyclic aromatic hydrocarbons – these two substances are carcinogenic (meaning they have the potential to cause cancer), which is why it is recommended that people limit the amount of red meat in their diet.

When barbecuing, a great tip is to partly cook the meat in the oven first to reduce cooking times on grills and to use marinades to protect meat from burning.

How often should you eat red meat?

It’s no secret Australians love their meat – in fact, on average, Aussies consume 565 grams of red meat per week. But how much is too much?

While evidence shows it’s the plant-based foods that are best for preventing bowel cancer, it doesn’t mean cutting out meat completely. If you eat red meat, Mitchell-Patterson recommends limiting the amount to 500g per week – which is equivalent to two very small steaks. She also recommends limiting processed meats, such as bacon, ham, salami and some sausages.

And just as reducing the quantity of meat in a diet is important, it’s also vital to pick the best quality of meat (if you choose to eat it, that is). For lighter and healthier options she advices tucking into some chicken, fish or turkey.

The best fruits and vegetables to help prevent bowel cancer

Increasing your intake of fruits and vegetables may help prevent bowel cancer as they are high in fibre, vitamins, minerals, antioxidants and phytochemicals, which help to protect your body against cancer. Despite its importance, Australians aren’t getting enough – only 5 per cent of adults eat sufficient serves of fruits and vegetables.

“So fruits and vegetables have lots of different benefits because [they] contain antioxidants and antioxidants are known to reduce disease, not just bowel cancer but other diseases,” Mitchell-Patterson explains.

She recommends eating a wide variety of different coloured fruits and vegetables, such as tomatoes, mangoes, beetroots, carrots, red apples, grapes, sweet potatoes, broccoli and spinach, just to name a few. Mitchell-Patterson also suggests upping your dietary fibre intake, as she found her diet lacked fibre when she was first diagnosed.

Fibre is also very filling, which means that it can keep you going between meals, ultimately reducing and limiting the number of snacks you can consume during the day.

How to easily reduce your red meat intake

Whether you’re planning on going vegan, vegetarian or toying with the idea of a meat-free week, the transition to consuming less meat can be daunting at first – but Mitchell-Patterson says it isn’t as hard as you think. She recommends replacing beef, chicken, pork or lamb with vegetarian options, such as veggie patties in a burger or roasted cauliflower steaks instead of red meat, all of which can easily be found in the supermarket.

“You just buy those, swap out your meat and add in your [vegetarian patty]… and then [add some] vegetables with it. It’s not hard.”

The ideal diet for reducing your risk of bowel cancer

While there’s no specific diet that can cure bowel cancer, a well-rounded diet can reduce risks associated with the disease. Mitchell-Patterson recommends eating three serves of wholegrains a day, five serves of vegetables, two serves of brightly-coloured fruits per day and two to three serves of dairy per day. She also advices keeping red meat under the recommend 500g, and to swap out meat for plant-based options wherever you can.

What are your thoughts on this story? Do you eat a lot of red meat?