From fear to sadness: The emotional impact palliative care has on carers 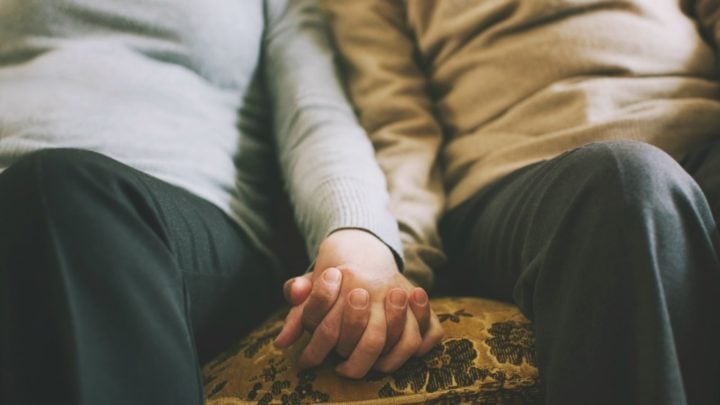 Gwenneth Roberts describes caring for someone in palliative care as a "huge task". Source: Getty

It’s a topic many of us dread thinking about, but palliative care will impact most of us in one way or another if it hasn’t already. While much attention focuses on providing comfort to the terminal ill in their final days, many fail to recognise the emotional impact palliative care has on loved ones and carers.

Caring for a loved one at the end of their life takes its toll on family members and while there’s plenty of advice when it comes to offering assistance, dealing with finances or even making funeral arrangements, research show many carers aren’t emotionally prepared for palliative care.

A 2018 study published in the Journal of Pain and Symptom Management found some palliative care services assume family carers are emotionally prepared for their loved one’s death, but that carers often neglect their own feelings to focus on the health of their sick loved one.

“We do very much underestimate the impact of how much we ask of people in caring roles,” Deb Rawlings, Lecturer and Course Coordinator for Palliative Care at Flinders University, tells Starts at 60. “You don’t aim in life to become a carer and it can be quite insidious as the person becomes less well and you’re slowly required to take on more to help them.”

Many go from being a husband or daughter to suddenly being responsible for liaising with health professionals, providing physical care, supervising medications and completing daily tasks as the person becomes less well.

That’s what happened to Gwenneth Roberts, whose husband John was diagnosed with terminal pancreatic cancer in 2014. Chemotherapy temporarilly delayed the deterioration of the cancer but in the end, palliative care was the best option for John to live as comfortably as possible. Through their family GP, the couple contacted a palliative care service and John spent his final four months in care at home, before passing away at 78 in 2016.

“It’s a good idea to contact them early, not in the last couple of weeks in their life when they really are very ill.” Gwenneth says. “They can talk, quite lucidly, and the dying person can express their feelings about death and how they would like their dying to proceed.”

While the process allowed the couple to learn more about the care John would receive and speak openly about death, it didn’t prepare Gwenneth for the emotions she would face as a carer.

“I don’t think you can ever be fully prepared because this is something we don’t know about, we don’t know what’s around the corner,” she says. “It’s something you just summon up at the time. You rise to the occasion.”

Carers can experience various physical, emotional, financial and social side effects of caring – from fatigue, exhaustion, weight loss and depression, to energy loss, sleep deprivation and social isolation. Care Queensland’s 2018 Quality of Life Survey found 51 per cent of carers are lonely and 54 per cent feel socially isolated, while the majority of carers experience stress or anxiety related to their caring duties. Positive emotions such as gratitude or joy can also be experienced.

“It’s a huge ask. It really is,” Gwenneth says. “The main thing is acknowledging you need help.”

Through their palliative care agency Karuna, Gwenneth was offered emotional support from psychologists and volunteers, while the nurses primarily focused on John’s physical needs. GPs and primary care services offer great emotional support for carers, while organisations such as Carers Australia, Alzheimer’s Australia and the various cancer services offer support groups for dying people and their families.

CareSearch, a website funded by the Department of Health, is another online tool which provides information about bereavement, grief and loss.

“Support networks are very important and it’s important to get help whenever you can and accept help when it’s offered,” Rawlings says. “Actually take up the help, even if it’s someone dropping a casserole off or mowing the lawn.”

For Gwenneth, who admits she would often feel nervous about her husband’s health while he remained calm and relaxed, also relied on the support of her family. Her children interstate and overseas provided her with assistance, while others helped out in person.

“It was a shared death. That’s an unusual way to put it, but there were family who came and were close to him and travelled the journey with him,” she says. “I could leave John earlier on but in those last three months, I didn’t like to leave him on his own. Family would come in and we also had a lot of friends.”

Prioritising alone time is also important for carers and at the recommendation of John, Gwenneth focused on her own health and wellbeing by pursing her interests. The support from her family allowed her to leave John and know he was still being looked after, but still look after herself so she could care for her husband until the very end.

“Our day was filled with trying to make the most of the day, making the most of the moment. That’s how we lived,” she recalls. “We just faced each day as it came really and addressed whatever it was that had to be addressed.”

Have you cared for someone in palliative care? How did it impact you emotionally?