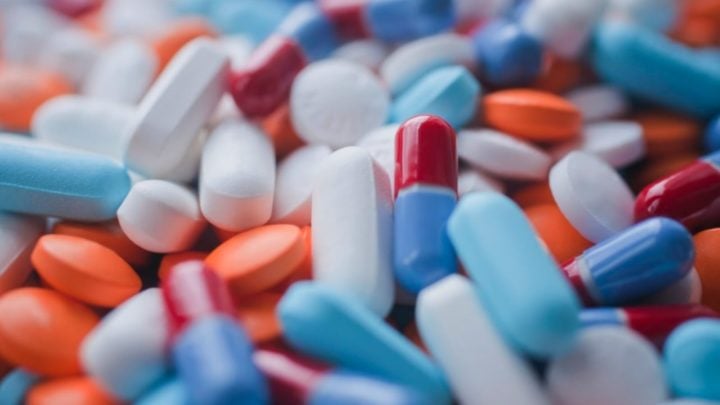 Several pills have now been added to the PBS. Source: Getty (Stock image).

Patients could save more than $100,000 after a series of cancer treatments and drugs for high cholesterol and nerve pain were added to the Pharmaceutical Benefits Scheme (PBS). And the move is estimated to benefit around 500,000 Australians.

Prime Minister Scott Morrison announced certain treatments for lung cancer, leukaemia, nausea associated with chemotherapy, seizures or nerve pain and high cholesterol levels will be listed on Tuesday. There will also be price reductions across 175 medicine brands to make the drugs much more affordable.

“Our strong budget management means we can give Australian patients with access to life-saving and life-changing medicines quicker than ever before, without raising taxes,” Morrison said in a statement. “From tomorrow, some of our most unwell Australians, many battling cancer, will receive a significant boost in the fight for their health.”

Among the new listings are two new treatments for Australia’s most common form of lung cancer, non-small cell lung cancer. While patients are currently paying more than $11,400 per script for the combination treatment of Tecentriq and Avastin (or more than $189,100 per course of treatment, with 16 scripts needed for a full course), the drugs will now cost patients $40.30 per script, or just $6.50 with a concession card. It’s hoped this alone will benefit an average of 755 patients per year (for six years).

Responding to the news, Brisbane mum Anita McGrath told The Courier Mail the news could help her continue her brave battle against terminal lung cancer, which she’s been fighting for five years. “It will buy me time to spend with my young boys and hopefully see them through the end of school,” she said. She added that the stress of having to spend $7,500 a month on non-PBS listed treatments previously had “outweighed the stress that came with the cancer”.

Elsewhere, 15 common medicines will also see prices slashed, including treatments for high cholesterol (Ezetimibe) and more for seizures or nerve pain – with the latter, Pregabalin, benefitting around 208,000 patients per year. They will now pay $28.27 per script for 75 mg capsules, a saving of up to $5.11.

Health Minister Greg Hunt said of the continuous drops: “With these price reductions, a trip to the pharmacist will be cheaper for thousands of Australians, and more life-saving drugs can be listed on the PBS.” See the PBS website for a full list of meds.

It comes after treatments for a range of conditions such as diabetes, depression and lung cancer also saw prices slashed, costing patients just $40.30 per script, or $6.50 with a concession card. The inclusions included Pemetrexed, which is a medicine used for the treatment of metastatic non-small cell lung cancer, while mesothelioma also had its authority level reduced to make it easier for doctors to prescribe.

For those suffering from diabetes, fast acting mealtime insulin Fiasp was also included on the PBS, with other additions including depression treatment Phenelzine, which prior to listing cost patients around $800 a year.

Announcing the changes by the Morrison government at the time, Hunt said the new listings played a big part in their plan to deliver record funding for essential services that save lives. “Our commitment to ensuring that Australians can access affordable medicines, when they need them, remains rock solid,” he said in a statement.