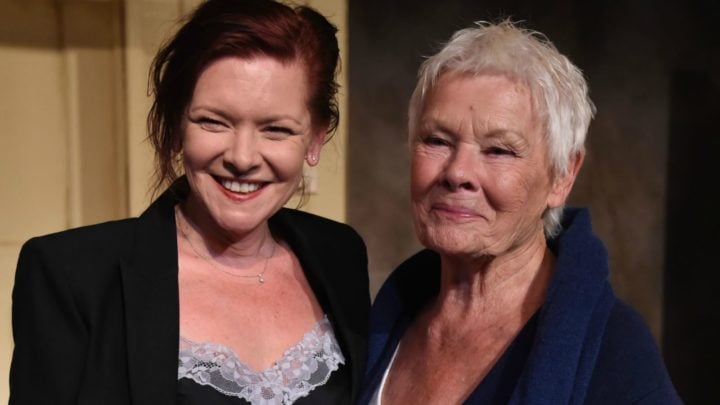 Finty Williams is the only child of Judy Dench and her late husband Michael Williams. Source: Getty

Her mother is one of the most renowned actresses of her generation, with an impressive career spanning more than six decades on the stage and silver screen.

However Finty Williams, who is also an accomplished performer, has faced her own personal battles in life. Now she has opened up about her experience with self-loathing and body image problems as a young drama student in London, England, saying it was this that triggered her troubling drinking addiction.

Speaking candidly to the Daily Mail’s Sebastian Shakespeare, the 46-year-old, who battled alcoholism for a number of years, said: “I was 18 and had an inverted light bulb moment where I thought that nothing I could do or say or how I looked was ever going to be good enough.”

The actress, a student at the Central School of Speech and Drama, told the columnist she didn’t feel like she belonged at the famed school because she thought she was “boring and very unsparkly” compared to the other “very beautiful people”.

“At that point, I thought: ‘If they’re really drunk, then they won’t notice that I’m really, really boring and short and round — and don’t look like a dancer and all of those things’,” she added.

“These are extraordinary people who are all really talented and really funny and really clever and I don’t belong here. And I’m none of the above.”

Williams went on to say the way that she got through her time at the school was being “the first person in the bar and being the person that bought the drinks for everyone”.

Meanwhile, it comes after the actress hit back at those who try to compare her to her mother, saying it “pisses her off hugely”, in an interview with The Times last year.

She said: “It pisses me off being pre-judged. That pisses me off, pisses me off hugely. Just because I don’t think it’s fair. A lot of people want to go, ‘She’s not as good as her mother,’ which is true, but I can also name you another 80 people who probably aren’t as good.

Williams, 46, is the only child of Dench and her late husband Michael Williams and has starred alongside her A-list mother in several projects, including 1997’s Mrs Brown.