Pack your bags! Gramping is the new travel trend you should embrace 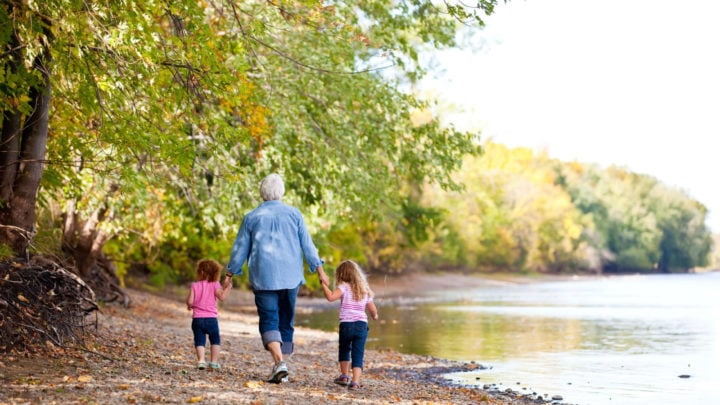 More grandparents are choosing to take their grandkids on holidays. Source: Getty

You’ve heard of glamping, the fancy alternative to camping, but what about gramping? It’s a new travel trend which is taking the world by storm and giving grandparents the chance to bond with their grandkids who live far away.

Instead of taking them to the movies or the park, grandparents are choosing to treat their grandchildren to a holiday without their parents. It’s also known as ‘skip-gen holidays’, and it’s grown in popularity significantly over the past couple of years, particularly among families who are separated by distance.

A study found over half (52 per cent) of grandparents have at least one grandchild who lives over 300 kilometres away and a third (29 per cent) live over 80kms from their closest grandchild. Meanwhile, the coronavirus outbreak has added an extra separation for grandparents as well, with many forced to self-isolate and hold off visits to the grandkids to limit the risk of contracting Covid-19.

So, it’s no surprise that distance has been named the number one challenge to grandparents. And although technology has helped to maintain a strong bond, particularly during the lockdown over the past few months, it’s not the same as spending quality time together.

That’s why grandparents are turning to travel to bridge the distance and create memories to last a lifetime. According to the AARP survey, holidays are one of the top 10 activities to participate in with grandchildren, with 40 per cent of grandparents taking their grandkids on a holiday before.

Of those, 73 per cent of their holidays include three or more generations. Meanwhile, 49 per cent are making plans for multi-generational trips in the near future. And with restrictions slowly being eased and interstate travel now allowed, there’s even more of a reason to make up for lost time with the grandkids. Even if you can’t catch an airplane now, there are plenty of great road trips to do or plan for within your region such as a cruise along the Great Ocean Road, or a drive from tropical Cairns to Port Douglas.

Gramping has become so popular that 26 per cent of grandparents have said they have spent money on holidays for their grandkids, making it the second most frequent expense after gifts. On average, grandparents are spending $1,746 each year on holidays with the grandchildren.

But the added spend is helping to deepen their connection and making them happier overall. The AARP survey found most grandparents (89 per cent) feel their relationship with their grandkids nourishes their mental, social and physical wellbeing.

And during those times between holidays, there is always technology available to help keep that relationship strong. A study revealed 38 per cent of grandparents sometimes or often use video chat to communicate with their grandkids. Meanwhile, 45 per cent sometimes or often stay in touch by text, a third use email and 27 per cent use Facebook.

Have you ever taken your grandkids on a holiday without their parents? How did you find the experience?