‘Domestic violence isn’t just physical: My own experience with an angry father’ 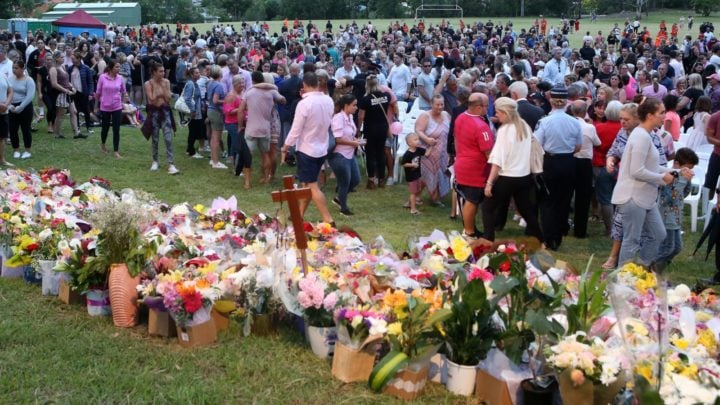 The recent murder of Hannah Clarke and her three beautiful children horrified everyone. Reading the history of her relationship with her husband made me reconsider my experiences growing up in the 1960s and 1970s. Whitlam’s Family Law Act introduced no fault divorce giving women an escape.

For all intents and purposes my family of origin life was normal. We lived on a suburban street lined with neat double fronted brick bungalows filled with families. The houses were in close proximity only a paling fence and a concrete footpath separating them. My bedroom window looked directly into the lounge room next door, a gaze into the everyday life of our neighbours.

In the time I lived there two men dominated their households. The first a beefy jovial builder who beat his wife who regularly sported a black eye or bruises. I was only in primary school witnessing this behaviour. The second was an instinctively aggressive man who forcibly held his wife and shook her violently. When I told my parents, their solution was to shut the window, pull down the blind and mind our own business.

For 15 years I watched and heard the angry rows next door and observed this behaviour like a war zone broadcast on CNN. I was upset, but not horrified this was ‘normal’. Those men were violent and threatening and never to be confronted. My parents never reacted.

My father had grown up wealthy with the privilege of a GPS and university education. He expected all things to be done his way. He was the model citizen lauded for his community service and his enduring marriage to my mother was perfect. Was it?

For as long as I can remember I walked on eggshells in his presence he was rarely physically violent but often threatening and cruel. In the lounge room, you noticed that everything was arranged around his well-worn slate grey recliner in the corner. All his tools were within reach, set out like a cockpit — telephone, television remote control, the bottle of Chivas Regal and the rotating ashtray on a stand. It was the seat of power set exactly as he demanded it. If he needed tea, he didn’t speak he just held his mug aloft until someone silently fulfilled his need. All communication in his house was controlled from his seat.

Habitually he belittled my mother no matter what she did and I would defend her by arguing with him. He regularly called her stupid and refused to allow her any friends. A displaced orphan post-war spinster she was the perfect replacement for his first wife who left him when he went to war in Australia’s defence. She held a learner driver’s permit for 13 years in the hope she would be allowed to drive. When he could not drive following surgery only in her 60s out of necessity could she obtain her driver’s licence.

He taught both my brothers to drive but refused to teach me. “You’ll never learn to drive,” he said, so that year I saved up paid for driving school lessons and bought myself a car. To assist my mother to gain freedom, I gave her money to pay for driving lessons so she could learn to drive my manual car. She never took those lessons and never borrowed my car.

Naturally creative and a gifted designer she took up jewellery making and woodwork hobbies and would consult with my carpenter boyfriend. My father who had no practical ability and could not even nail a fallen paling back on the fence would demean each of her projects.

During one of his community social events she was scalded by boiling soup being served at a banquet and suffered partial thickness burns to her hand and wrist. My mother sat there so as not to disrupt his long-planned evening. None of the guests insisted on her receiving medical treatment. It was the first course of a 10-course banquet.

He banished me from home finally as I had argued with him once too often. “Don’t ever return. Not even at Christmas.” So, I left.

My mother never had any meaningful contact with me again. My father set up legal instruments to isolate me from his assets determined to punish me for this final act of defiance and my mother dutifully signed those documents.

I married the carpenter who has never tried to control me. He is kind, generous and thoughtful. We have two children who grew up away from this toxicity and for that I am deeply grateful.

Can you relate to this author's experiences growing up? What do you think needs to happen to address the domestic violence issue in our communities?