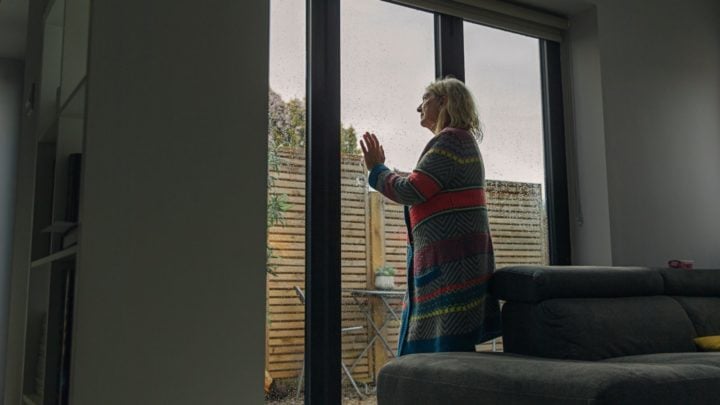 "Some of us have coasted through the lockdown ... But there are many who have been badly affected as a result of the coronavirus pandemic," writes Susan. Source: Getty Images

Some of us have coasted through the lockdown and once allowed to link up with family and friends, appreciated that we could and got on with life, especially if a job was still waiting. But there are many who have been badly affected as a result of the coronavirus pandemic and have sunk into depression.

I’m not qualified to talk about treatments for what is called clinical depression, but I can talk about my personal experience of receiving help when I became depressed and I can quote voluntary explanations from others of the experiences they went through when depressed and how we all recovered.

I’ve previously explained how my sister, Gillian, living in London, was helped to overcome the depression that had crept up on her as a result of retirement and being alone most of the day. Her doctor sent her for sessions with a therapist.

Gillian explained: “It was mental therapy for depression and anxiety, just talking over things that were worrying me, I had one hour a week for six weeks after that the therapist recommended I did yoga, Pilates and acupuncture.” She said that helped, as did running a sewing class at the centre for seven years!

Gillian told me that when she stopped teaching, the therapist who’d employed her suggested she join the Friendship Group run in the same building of the Shoreditch Trust charity in east London, where attendance was free of charge.

“I continued to go to the same place but without the stress of running the class,” Gillian said. “The lady who ran the Friendship Group had attended my class for a few weeks and so had many of the other ladies, so I was made very welcome. Men were welcomed into the group too.

“A day each month was spent at the centre and members would play cards or bingo, they also did some poetry reading and sometimes cooking or jewellery making. There would be outings too, usually in London. We’d go to museums such as the V&A [Victoria and Albert Museum located in Knightsbridge, London], Charles Dickens’ House, Kew Gardens and get on a train to Richmond Gardens and have a picnic and in addition there was an annual trip to Hastings to get out of London and see the sea.”

Later, when Gillian found herself feeling low again, art therapy was the solution; she went to pottery classes.

The lockdown put a stop to such therapeutic social get-togethers, but there’s hope they can start again soon. Meanwhile we are being allowed to mingle in small groups with family and friends and as my friend Sue in Australia said in one of her recent blogs, it was practical assistance from friends that helped her during recovery.

I asked Sue about the treatment she received for her two episodes of clinical depression and she told me that the first was in 1997 and, after consulting with her GP, “taking anti-depressant medication, speaking with psychiatrists and psychologists, I ended up in the Royal Brisbane Women’s Hospital [Mental Health Centre]. I was diagnosed with ‘treatment-resistant, severe clinical depression’ and it was suggested that I undergo electroconvulsive therapy. It was my last resort, but it worked — almost like a miracle. The second episode, in 2008, ECT didn’t work as effectively, as elements of my memory loss lasted much longer. For me, overall, it was a very effective solution,” she said.

“What benefited me most was simple, practical assistance. A friend calling in and bringing a meal, doing my washing, vacuuming, cleaning the bathroom or just simply making a cuppa and having a chat. A friend who didn’t question me, judge me, didn’t mind that I was still in my pyjamas at 3pm and most importantly, treated me like ‘me’ who had an illness.

“I truly believe this is a subject that should be continually be talked about, in whatever forum. The impact of any mental illness effects on not just the lives of those who suffer, but on family and friends too.”

Before submitting this to Starts at 60 for publication, I checked with Sue and Gillian that they were okay with what I’d written. Gillian admitted to finding it difficult to talk about it but agreed that she should, as Sue had done.

In my case the treatment for turning me around was simply a few sessions talking to a hospital psychiatrist about the difficulties in my life. I’d been referred to him by my doctor who had been alarmed because I’d told him I was getting visions of taking my own life.

I was recovering from a hysterectomy and had sunk into depression through hormone imbalance. As he said, “There is no shame in seeing a psychiatrist.”

I think it was after the second or maybe third session with the psychiatrist that he declared I no longer needed to see him. After talking everything over with him, I managed to turn my life around and go back to work part-time.

That’s the key, concentrating on work, even if only voluntary work, and meeting up with people, even if it means not being able to go up close and give someone a hug. But you can hug a tree — I do — so I recommend we all do that.

Did you struggle with mental health during social distancing, self-isolation and/or lockdown restrictions? How did you cope?