‘What can I do? I feel as though my creative well is running dry’ 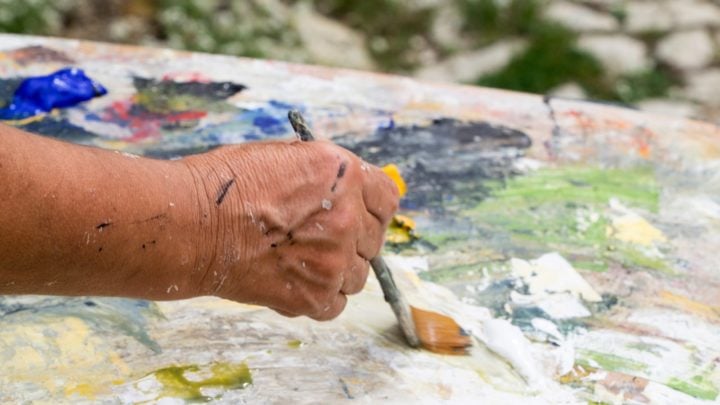 Brian writes about his creativity 'drying up' now that he's in the depths of retirement. Source: Getty Images

Is it normal to ‘dry up’ in old age? This is a question I’m sure many older people ask themselves, especially if it actually happens to them, as it has, to a certain extent, to me. (Before you read any further, in a state of shock, I should explain that the ‘drying-up’ is not a physical thing. Be reassured and read on.)

I’ve been a professional artist for the whole of my working life, primarily as a graphic designer, illustrator and copy writer, a job I relished having been involved in, it’s more like being paid for enjoying my hobby than anything else (except for one short interlude). I imagine professional golfers, footballers, singers and actors, etc., must all get the same feelings too — we are the lucky ones, who possess certain talents that can be turned into money earning occupations. I know I always felt pleasure at the prospect of going to work for the day, with new challenges to be met, designs to be created and colours to experiment with, to produce something to satisfy the requirements of clients.

For about 20 years, I had the added pleasure of owning my own business employing five people, which meant I didn’t have a boss I had to satisfy, only my clients; and I must have satisfied them because they stuck with me right up to the day in 1987 that my wife, Jacqui, and I left England, to ‘start again’ in Australia. Once there, going back to being employed again presented some minor adjustments of course, after all the time I had been my own boss, but I was really too old to go through the stress of going freelance again.

Anyway all of that settled down, for a number of years, at least until I had the misfortune to get a job with a printer in the outskirts of Melbourne, who turned out to be a really nasty piece of work, who almost, (but not quite), destroyed my love for my job! He was a cruel man and a bully, a man who changed the rules of his business on a daily basis to suit his particular feelings at the time, something I put up with for several years, because I was nearing the age for retirement and had hoped to work until that momentous day arrived. But it got to the stage where I was often physically sick before leaving to go to work each day, I was prescribed pills by my doctor and I wasn’t sleeping well either. And of course, I was swiftly losing my love for my work too, because of this ugly man’s attitude!

I don’t want to delve too deeply into that short period of my life. It turned out to be for the best anyway, because it led us to Yarram where we have lived happily in retirement ever since. I still turn out landscapes, portraits and abstracts, but mainly for my own pleasure now (though it is nice to sell one occasionally).

This is where my ‘drying up’ question arises. I have found, during the past couple of years that I’m am less and less interested in painting or drawing. My personal feeling is that, after a lifetime of producing sell-able artwork to order, for customers, followed by several more years of painting for pleasure in retirement, my subconscious mind has said, ‘enough is enough mate, I don’t wish you to paint any more, thank you very much — pack it in and give yourself a break during the closing years of your life!’

Thank goodness I still enjoy writing as a pastime as well, as is evidenced by the blogs I write for Starts at 60 and the various short stories I’ve written since living in Yarram, which at least tells me my brain is still functioning reasonably well. That then isn’t at the heart of my lack of interest in painting. The only other explanation I can think of is the one I have already mentioned about my inner mind not wanting to create pictures any more, after a lifetime of creativity.

It brings me full circle then and I wonder if others have experiences feelings like this once they have retired. Perhaps you had an interesting daily job that you carried on with just for pleasure and fun, but found you became bored and stopped. Or maybe it’s just me …

Have you suffered a similar fate as this author? What have you done to stimulate your creative self?