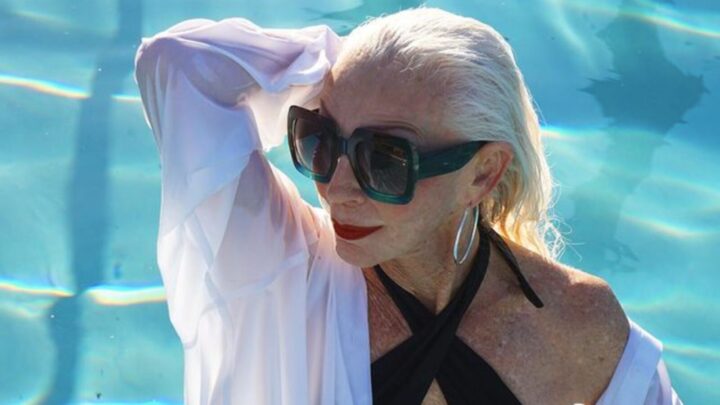 While the beauty industry continues to push the concept of “age-defying” and “anti-ageing” to the masses, many women are putting their foot down – breaking ageist stereotypes and proving that age is nothing but a number.

At 73 years old Colleen Heidemann continues to flaunt what she’s still got, taking to social media to share age-positive posts and celebrating being fit and fabulous as a mature model.

Much of Heidemann’s content is her responses to internet trolls who have said some of her outfits and swimwear were “not age appropriate”.

“‘This swimwear is not age appropriate,’ is what they say,” she says in one of her TikTok videos.

“I say: Wear what makes you feel good!

“Every body is a swimsuit body.”

With over 300,000 followers and 3.6 million likes on TikTok, Heidemann has arguably had a big impact on breaking down ageist stereotypes, and many of her internet followers have praised her for it.

“Queen! I am literally speechless every time I see you on here. I hope one day I have that amount of confidence and self love.”

“You are completely fabulous. I’m 52 and wished I looked half as good as you do!”

“I can only hope to be as beautiful, confident, and classy like you when I’m older! Keep shining”

@colleen_heidemann Life is way too short! Live it the way you feel comfortable❣️❣️❣️ #lifeistooshort #beyou #maturemodel #lifeisarunway #styleover70 #gramofglam ♬ I think you dropped something my JAW – Mari

But Heidemann is just one woman in the brigade of mature-aged models who are squashing the idea that beauty has an expiration date.

This supermodel is known for being open and honest when it comes to ageing, often posing semi-nude on her social media with empowering captions about embracing her body.

In an interview with Women’s Wear Daily, Porizkova spoke on the invisibility that comes with ageing, despite being “a lot cooler now” than when she was younger.

“I am way smarter. I have more patience. I’m more intellectually curious. I’m more generous. Everything about me is better,” she said.

“But I have wrinkles and that does not make me ugly.”

Despite embracing her ageing body, the Czech-born Porizkova is often the victim of ageist trolls on social media who publicly criticise her, suggesting that she should keep herself covered up.

However, the supermodel has become a pro at torching internet bullies who like to frolic in her comment section instead of minding their own business, often posting screenshots of the nasty comments and gracefully responding to the haters.

Other famous faces owning up to their age and embracing their maturing looks include Sharon Stone, Jaimee-Lee Curtis, and Jane Fonda.