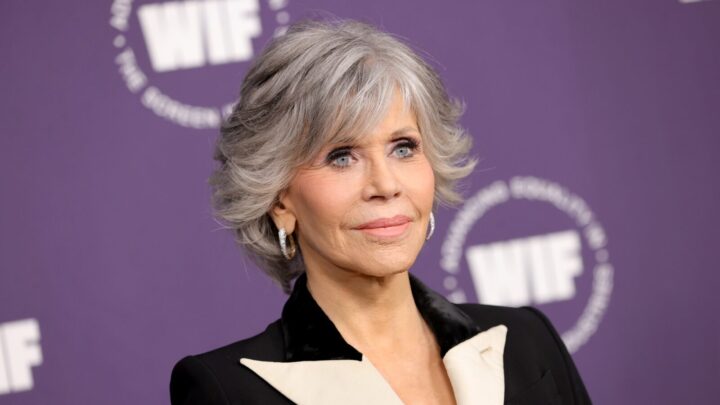 From ’80s workout videos to movies to activism, Oscar-winning actress Jane Fonda is a force to be reckoned with in Hollywood.

Despite turning 85 later this year, the Grace and Frankie star has no intention of slowing down, and while her talent and glamour continue to shine through, Fonda has revealed that it took her about 70 years to “become young,” saying she feels younger now than when she was in her 20s.

“I was very unhappy and I felt old and didn’t feel like I would live for very long. So to be almost 85 years old and to feel like I do now is a miracle to me,” Fonda told Stellar.

To Fonda “becoming young” means not feeling like she has a great burden on her shoulders.

“Learning how to be present, learning how to accept what comes, learning that we don’t have any control … something bad will happen, been there, done that and I survived,” she said.

“It’s much easier being older than it is being younger. It’s so hard to be young!”

This isn’t the first time Fonda has shared her perspectives on ageing and staying young at heart.

Earlier this year, the actress told CBS Sunday Morning: “I’m super-conscious that I’m closer to death. And it doesn’t really bother me that much,” explaining that for her, age was more about how you feel rather than the birthday you’re celebrating.

“I want young people to stop being afraid about getting older. What matters isn’t age, isn’t that chronological number.

“It’s still in the realm of life possibilities for you.”

While Fonda has admitted to feeling optimistic about aging, she hadn’t always had this mindset.

In a recent Vogue interview, Fonda shared that she regretted having a facelift in an effort to stay youthful.

“I had a face-lift and I stopped because I don’t want to look distorted. I’m not proud of the fact that I had (one),” she said.

The screen star underwent her first facelift in her 40s and then had a second one in her 70s before she bid farewell to the knife when she turned 82, admitting that her decision to stop the cosmetic procedures was not an easy one.

“I have to work every day to be self-accepting,” Fonda said. “It doesn’t come easy to me.”

Fonda has also previously told Who What Wear that her secret to staying youthful is through her activism work saying its “great antidote to depression and despair.”

Fonda has also made some serious lifestyle changes over the year, including giving up alcohol in an effort to regain the day.

“If I had a martini tonight, I would be at half-mast tomorrow,” Fonda said.

“Now, that wasn’t true when I was younger. As you get older, I think alcohol affects you differently. And I only have so many tomorrows left. I don’t want to be at half-mast for any of them!”

How it started vs. How it´s going

More recently, Fonda has partnered with Swedish clothing brand H&M for their “move” brand, a new collection which aims to create “stylish and functional activewear  in a more sustainable way.”

“I like their philosophy of movewear over sportswear because it’s not about sports or being athletic,” explains Fonda.

“It’s about moving in a way that keeps your body healthy and strong.”

Fonda has since been a staunch advocate for breaking the stereotype that women can’t live vibrant lives in their later years.