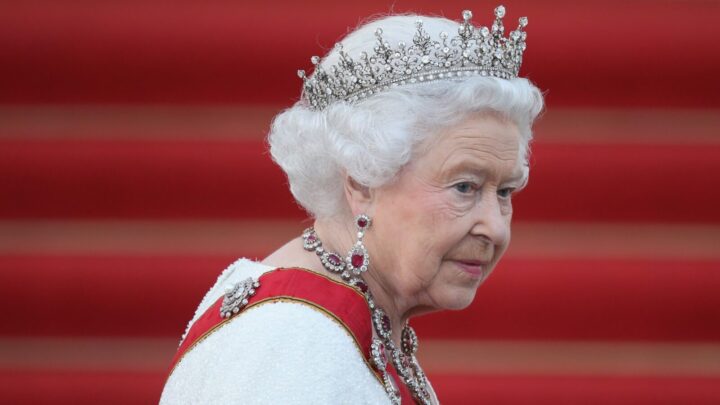 A sombre blanket has fallen over Britain, as the public mourns the loss of their beloved Queen Elizabeth II who passed away peacefully on Thursday afternoon, September 8.

What happens after the Queen’s passing

According to The Age, prior to the Queen’s death, two plans were set with slight differences depending on where she would die. There is Operation London Bridge if she died in London and Operation Unicorn if she died in Balmoral, Scotland.

Because the Queen passed at Balmoral Castle, her body will rest in the Holyroodhouse before it will be taken to St Giles’ Catherdal before it gets transferred to London via the Royal Train.

The Firm will then send notice to British Prime Minister Liz Truss and other senior government officials. A footman from Buckingham Palace will then inform the public by putting out a black-edged notice on the Palace gates.

Leaders of all Commonwealth nations will also be informed of the news before the announcement is made on media outlets.

Naturally, all news regarding the Queen’s death will be immediately broadcast. The BBC will cancel all pre-planned programmes and screen a detailed coverage of the royal news. Though the funeral will be televised, it will be forbidden to film any of the Royal Family members during the service.

Prince Charles ascends to the throne

The British throne will never be empty. Now that the Queen has died, her eldest son, Prince Charles, 73, has automatically become King. Charles is now head of state in the UK and the 14 other realms in the Commonwealth.

Charles will now meet with UK Prime Minister Liz Truss and will record his first message as King, which is scheduled to broadcast globally at 6 pm.

From there the Ministry of Defence will honour their late Queen with a gun salute, and then the nation will join together in a minute of silence.

Prior to his coronation day, the Accession Council will meet at St Jame’s Palace in London to officially proclaim Charles as his mother’s successor. Charles will then swear his loyalty to Parliament and to the Church of England.

The council will then make a “Proclamation of Accession” which will be read from the Friary court balcony at St James’ Palace, heralds will then travel to various locations to read the proclamation.

Details of Charles’ coronation are yet to be made public as it will require detailed planning, meaning it is unlikely that the grand event will happen soon.

Queen Elizabeth II’s own coronation didn’t take place until 16 months after her succession.

Prince Charles’s succession is the catalyst for a massive change in the British Monarchy. The British national anthem will be revised to “God Save The King,” and new stamps, banknotes and coins, with Charles’s face will be released.

The Duchess of Cornwall will officially commence her role as Queen Consort. Prince William will take on his father’s former title, Duke of Cornwall, and the line of succession will change. Prince George will become second in line to the throne, followed by his sister Princess Charlotte and younger brother Prince Louis.

The Duchess of Cambridge, Catherine Middleton, has the choice to drop her current title and inherit Princess Diana’s former title, the Princess of Wales.

As a Monarch, Queen Elizabeth II will have a state funeral, which will take place 10 days following her death.

Her service will be led by the Archbishop of Canterbury, the senior bishop of the Church of England, and will be held at either Westminster Abbey or St Paul’s Cathedral.

From there, her coffin will lie for up to 10 days following her death and will be available for public viewing 23 hours a day.

After the 10th day, the Queen’s coffin will be led by a military procession via gun carriage, where members of the Royal Family will be seen walking behind.

Like her parents and the many royals before her, it understood that Her Majesty will be laid to rest in St George’s Chapel at Windsor Castle.