‘The very spirit of Great Britain’: The world mourns the loss of Queen Elizabeth II 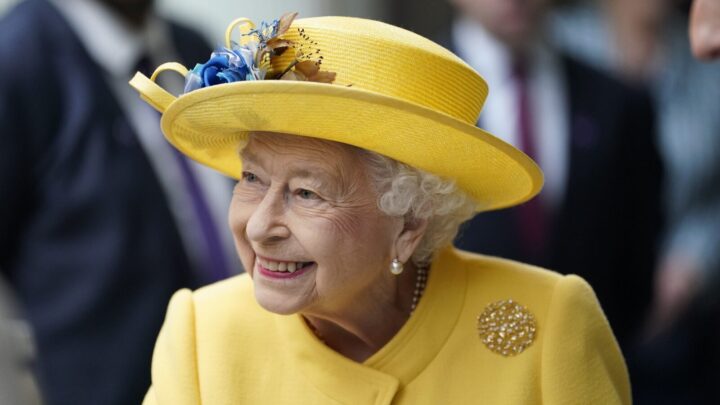 After an impressive 70-year reign in service to the Commonwealth, Queen Elizabeth II is being remembered by the world.

During her reign, the 96-year-old Monarch visited over 100 countries across six continents winning over the hearts of everyone she met. Now, these same people have come together to honour her sense of duty and resilience.

Her son, King Charles III has led the tributes to his mother.

A statement from His Majesty The King: pic.twitter.com/AnBiyZCher

“The death of my beloved Mother, Her Majesty The Queen, is a moment of the greatest sadness for me and all members of my family,” the new British king said in a statement.

“We mourn profoundly the passing of a cherished Sovereign and a much-loved Mother. I know her loss will be deeply felt throughout the country, the Realms and the Commonwealth, and by countless people around the world.”

“Queen Elizabeth II was the rock on which modern Britain was built,” Truss said. “Our country has grown and flourished under her reign. Britain is the great country it is today because of her.”

“Through thick and thin, Queen Elizabeth II provided us with the stability and the strength that we needed.

“She was the very spirit of Great Britain — and that spirit will endure. She has been our longest-ever reigning monarch.”

US President Joe Biden issued a lengthy statement where he promised to continue the “close friendship” the US and the UK shared, saying “Her Majesty Queen Elizabeth II was more than a monarch. She defined an era”.

“In a world of constant change, she was a steadying presence and a source of comfort and pride for generations of Britons, including many who have never known their country without her.

“An enduring admiration for Queen Elizabeth II united people across the Commonwealth. The seven decades of her history-making reign bore witness to an age of unprecedented human advancement and the forward march of human dignity.”

“It was with the heaviest of hearts that we learned of the passing of Canada’s longest-reigning Sovereign, Her Majesty Queen Elizabeth II,” Canadian Prime Minister Justin Trudeau tweeted.

“She was a constant presence in our lives — and her service to Canadians will forever remain an important part of our country’s history.

“As we look back at her life and her reign that spanned so many decades, Canadians will always remember and cherish Her Majesty’s wisdom, compassion, and warmth. Our thoughts are with the members of the Royal Family during this most difficult time.”

It was with the heaviest of hearts that we learned of the passing of Canada’s longest-reigning Sovereign, Her Majesty Queen Elizabeth II. She was a constant presence in our lives – and her service to Canadians will forever remain an important part of our country’s history.

Politicians and world leaders weren’t the only ones honouring the late Queen, celebrities and TV personalities alike have also penned their own tributes to Her Majesty.

Thank you Ma’am, for everything.

Rolling Stones remembers the Queen as “a constant presence in their lives as in countless others.”

The Rolling Stones extend their deepest sympathy to the Royal family on the death of Her Majesty, Queen Elizabeth II, who was a constant presence in their lives as in countless others. pic.twitter.com/veCyfN8rjp

While frontman Mick Jagger, who had been knighted by the Queen in 2002, tweeted:

“For my whole life Her Majesty, Queen Elizabeth II has always been there. In my childhood, I can recall watching her wedding highlights on TV. I remember her as a beautiful young lady, to the much-beloved grandmother of the nation. My deepest sympathies are with the Royal family.”

Dame Helen Mirren, one of the many actresses who portrayed the Monarch, wrote that she was “a woman, who, with or without the crown, was the epitome of nobility”.

I mourn with my country the passing of our greatest Queen. With a heavy heart I say it is devastating the thought of England without Queen Elizabeth II pic.twitter.com/JZYXGRz2hb

I had a quiet weep for the Queen, I am sad for my country and what it has lost.
Sting CBE. pic.twitter.com/mN19yt1lfE

BREAKING NEWS:
RIP Her Majesty Queen Elizabeth II, 96. The greatest Monarch in history, and the greatest of Britons. Dignified, humble, wise, stoic, and dedicated to duty & service to the country she loved. Thank you for everything, Ma’am. We will be forever indebted to you. pic.twitter.com/8PVVic4PIx

Alongside the high-profile figures who honoured the Queen, members of the public gathered in their thousands outside Buckingham Palace to leave flowers and their own messages of condolence in tribute to Her Majesty.

Leave your messages for the Queen below.