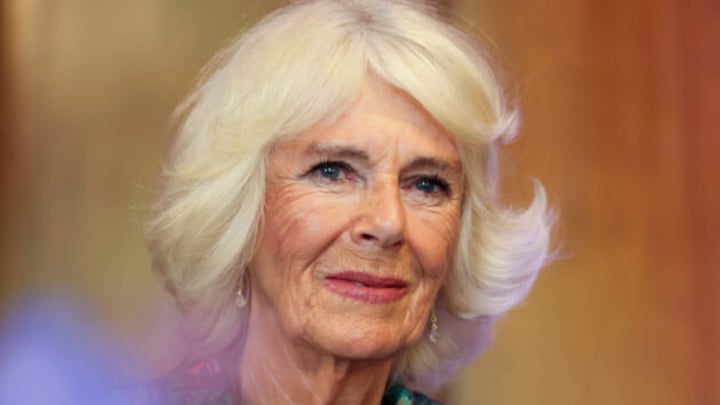 During a lunch to celebrate her 75th birthday in London on Tuesday, July 12, Camilla detailed how she plans to support Prince Charles as Queen Consort. Source: Getty Images.

The Duchess of Cornwall has opened up about how she will perform her duties as Queen Consort, revealing how the late Prince Phillip serves as a source of “inspiration”.

During a lunch to celebrate her 75th birthday in London on Tuesday, July 12, Camilla detailed how she plans to support her husband, Prince Charles while calling the Queen and Prince Phillip “two of the most remarkable people in our country’s history.”

“The Duke of Edinburgh’s philosophy was clear: ‘Look up and look out, say less, do more – and get on with the job’ – and that is just what I intend to do,” she said.

“Both he and Her Majesty have always been the very touchstone of what it truly means to ‘get on with the job’, and an inspiration to each one of us here to do the same, whatever our age.”

Prince Philip was Britain’s longest-serving consort, supporting Her Majest during her long reign. He passed away in April 2021, aged 99.

Earlier this year The Queen reveled her “sincere wish” that Camilla would step into the role of Queen Consort when Prince Charles becomes King.

In a message issued by the Queen in February, the Monarch thanked the public, and her family for their collective support as she celebrates her Platinum Jubilee. The Queen went on to confirm what had long been speculated, that Camilla will become Queen Consort.

“And when, in the fullness of time, my son Charles becomes King, I know you will give him and his wife Camilla the same support that you have given me; and it is my sincere wish that, when that time comes, Camilla will be known as Queen Consort as she continues her own loyal service,” the Queen wrote.

✍️ On the eve of the 70th anniversary of her Accession to the throne, The Queen has written a message thanking the public and her family for their support, and looking forward to #PlatinumJubilee celebrations over the coming year. #HM70 pic.twitter.com/U6JfzeZMLn

Support for the Duchess of Cornwall skyrocketed following the momentous announcement.

9News reported that Camilla gained such considerable popularity, that more people agreed with the Queen’s choice rather than those who opposed it.

In a poll conducted by JL Partners for The DailyMail, a majority of all the age groups supported Camilla receiving the new title.

The poll found 55 per cent of the Brits supported the decision, while only 28 per cent opposed it.

While half of those who participated in the poll said that they had a great amount of respect for the Duchess of Cornwall, 58 per cent say they believe Diana, Princess of Wales, would have been better suited as Queen, with only 16 per cent choosing the Duchess.

The poll also showed that while many believed that Camilla would be a good Queen and that having Charles and Camilla rule would be an asset to the country, 68 per cent said the Duke and Duchess of Cambridge would be better options for King and Queen.

Royal watchers are set to get a “unique opportunity to gain an insight” into the life of their future Queen Consort with an ITV documentary titled, Camilla’s Country Life.

The documentary will paint a varied portrait of the Duchess, who was filmed at official events meeting celebrity friends, informally with her sister Annabel Elliot when they visit their grandmother’s former home, and even out walking her dogs at Charles’ Gloucestershire home of Highgrove.