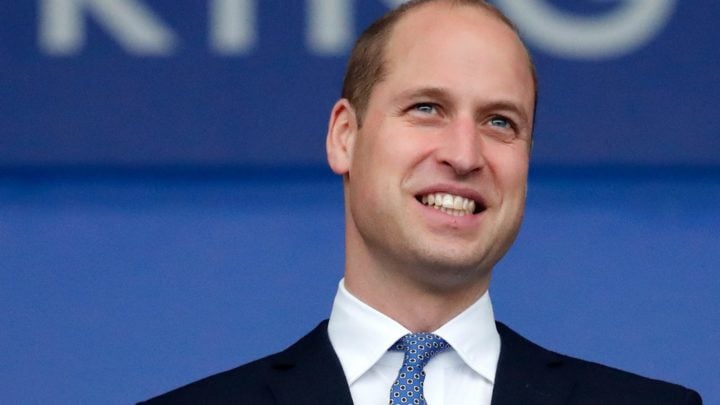 Prince William took to the stage at the World Economic Forum to call for an end to the stigma that surrounds mental health. Source: Getty

Prince William has opened up about his personal struggle with mental health during a candid chat with New Zealand prime minister Jacinda Ardern.

The 36-year-old royal took to the stage at the World Economic Forum in Davos, Switzerland, on Wednesday to call for an end to the stigma that surrounds mental health.

“I think now, there’s a generation finally realising that this is not normal, we should talk about it, we should get over [the stigma],” he said.

“We’ve got to start tackling it now so that our children and grandchildren don’t have to go through this process, and they can be a lot more open about it.”

Jacinda praised the prince for his openness, saying it helped to break the stigma surrounding mental health.

“I have lost friends, and I wouldn’t have to look far in my cabinet to find other people who have too,” she said. “One of the sad facts for New Zealand is that everyone knows someone who has taken their own life.”

William, who previously worked as an air ambulance pilot, also opened up about how a particular incident at work really shook him.

“I still find it very difficult to talk about it,” the royal said in a video shared by Kensington Palace. “I get very emotional about it because it relates very closely to my children and so it is very hard to talk about it.”

He added: “I know that if I hadn’t taken the action that I did then, I would have definitely gone down a slippery slope and I would have been dealing with mental illness on a different level.”

"I still find it very difficult to talk about it." — The Duke of Cambridge on the importance of talking #MentalHealth, and his own experience working as an Air Ambulance Pilot #WEF19 pic.twitter.com/2nimIAqwiQ

— The Prince and Princess of Wales (@KensingtonRoyal) January 23, 2019

Prince William also revealed that every celebrity he asked to back his Heads Together mental health campaign refused. He said despite approaching a lot of stars, “not one person wanted to be involved”.

William created Heads Together, an initiative to help combat the stigma of mental health, in 2017 with his wife Catherine, and brother Prince Harry.

“We reached out to a lot of people and no one, when we started, was interested in being part of Heads Together, because it was mental health,” he said.

On Tuesday, Prince William sat down with Sir David Attenborough at the World Economics Forum to discuss the importance of protecting the environment. The pair talked about the urgent challenges that will face the next generation of environmental leaders.

Are you a fan of Prince William? Do you know someone who has been impacted by mental health?