Recovering from redundancy and finding new work is possible. Here’s how 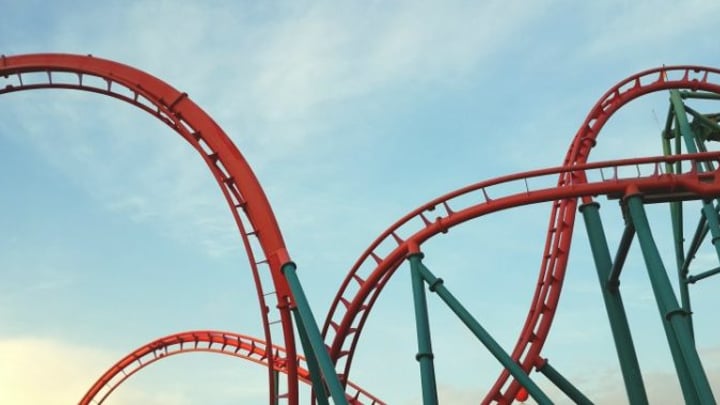 Job loss, including through redundancy, can cause painful emotional upheaval, especially for older workers. Source: Getty

Redundancy is an emotive topic and most people have a story to tell of their own experience or that of a family member.

According to ABS data, 268,000 working-age Australians were made redundant in the 12 months to February 2018, and in an age of automation, company cost-cutting and artificial intelligence, many in the workforce will be affected at some point in their career.

In a perfect world, an offer of redundancy would come along at around the same time you plan to retire. A handy bonus to top up your nest egg and provide a boost to your finances as you prepare for life after work. But if you’re in your 50s, 60s or older, and not ready to retire, the news of an unwelcome retrenchment can knock the wind out of your sails.

Wisely, the immediate response is often to focus on your financial wellbeing. Making a budget, checking Centrelink entitlements, speaking to an adviser and accountant about making the most of your payout and understanding your options to reduce tax and invest wisely.

Yet it is just as important to deal with the psychological impact of losing your job in this way.

Redundancy tends to have an emotional toll because it erodes two of the things many of us cling to for our wellbeing – a sense of certainty and control of our destiny. I speak with many older employees who are retrenched before they are ready to down tools. Many feel vulnerable as they grapple with an uncertain future, age discrimination and a range of emotional and financial challenges.

After losing their job, it often takes older workers much longer to find a new role, and there is plenty of evidence to suggest ageism is the elephant in the room.

Judy Higgins is the co-owner and general manager of olderworkers.com.au, an online jobs board helping thousands of older Australians into employment every year. Based on regular feedback from job candidates, Judy says age discrimination is rife in the recruitment process and many employers show a lack of respect for the skills, experience and mentoring capacity of older workers.

She says many candidates “will stay in a job longer, which results in more stability and reduced recruitment and training costs”.

“They have diverse life experience to bring to the workplace and often take on informal mentoring roles,” she adds. “Smart organisations are also starting to realise they need to better reflect their client group in their staff.”

In 2018 the Australian HR Institute, in association with the Australian Human Rights Commission (AHRC), published a report called Employing Older Workers, based on a survey finding that while employer attitudes to recruiting older staff are slowly changing, 30 per cent of companies surveyed set an age over which they prefer not to hire workers.

Sadly, the majority of those indicated they are reluctant to hire workers over age 50.

Meanwhile, an earlier AHRC study, Willing to Work, found that when an Australian over age 55 loses their job, it takes an average of 16 months to find another one – more than twice as long as the average unemployment duration for younger Australians.

So, for some people, job hunting after being retrenched can be a lengthy, stressful experience.

Following a redundancy from his role as a highly experienced HR director, Michael Connell, 56, felt his age was a concern for some employers as he began applying for new roles. After making the final stages of the interview process for a number of senior positions without an offer, he broadened his search to include temporary and casual jobs, despite his desire for at least another 10 years of full-time work.

Michael’s experience reflects the problem of underemployment among many in their 50s, 60s and 70s who are willing and able to continue working full-time, but are frustrated by employers that won’t give them a chance.

And while ongoing delays in securing a new role can cause financial stress, Michael felt grateful his payout was enough to keep him going.  His challenges were more to do with the emotional side of an unplanned career transition.

“I get a lot of who I am from what I do, but after a redundancy, everything just stops,” he says. “Your self-confidence takes a hit and you find yourself on an emotional rollercoaster. The hardest part is losing control. People say ‘take a holiday’, but you can’t plan holidays because you have no certainty of income.”

Ever the optimist, Michael didn’t sit around waiting for the phone to ring. He made a conscious choice to keep busy with activities that were meaningful to him.

A trained crisis counsellor with a passion for animal welfare, he increased his hours as a volunteer at Lifeline and began helping out at the RSPCA. He also used his vast HR experience to help former colleagues (also made redundant) with skills such as resume writing, social media coaching, networking tips and interview training. He even did some training at Writing NSW and began drafting a novel.

Just as importantly, Michael made sure the right people knew he was in the market for a job.

“Networking is the key,” Michael says. “I reached out to everyone I had previously worked for and let them know I was looking. I asked them to let me know if they heard of any roles that might suit me. Like anything, it is just about activity and getting out there. It’s a tough gig when you’re in your 50s and 60s.”

Read more: The difficult decision to access super early: What to consider, how to do it

At the time of writing, Michael’s persistence appears likely to pay off as he has been approached by a former employer with an invitation to apply for an attractive role.

So how can you improve your chances of finding another job after being made redundant?*

*Source: End of the Retirement Age: Embracing the Pursuit of Meaning, Purpose & Prosperity (2017)

Have you experienced job-loss in later life? How did it impact you? Do you have any advice to share on coping strategies?