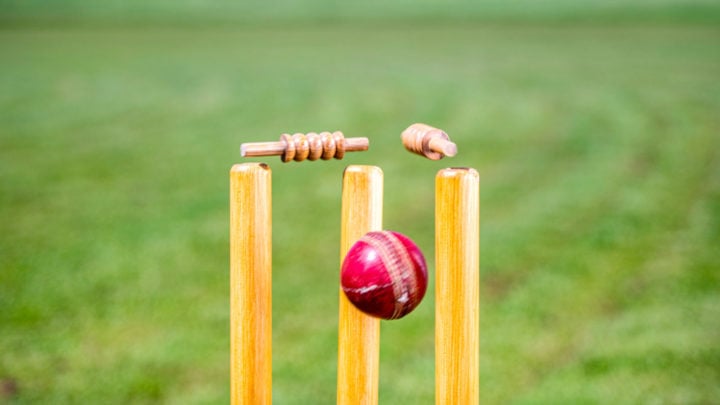 The financial hit could leave some retirees struggling to get by. Source: Getty.

Experts have warned of a $135 billion hit to Australian retirees’ vital income streams, as  post-pandemic effects crush superannuation, personal savings and dividends on shares in one fell swoop.

But older Australians are taking matters into their own hands, calling on the federal government to look at major reform in areas of the retirement system including the Age Pension, deeming rates and access to the Commonwealth Seniors Health Card.

The Alliance for a Fairer Retirement System, which represents millions of older Australians who’re shareholders and self-funded retirees, this week published an open letter to the Morrison government to highlight big issues in retirement income. The letter included data from investment bank JPMorgan that forecast huge reductions to areas key to retirees’ incomes, including an $8 billion reduction in interest payments, a $59 billion drop in property income and dividend income down by $68 billion in the 12 months to the end of June.

Retirees are feeling the pinch, according to a recent survey by annuity provider Challenger, which found that a quarter of retirees were even cutting back on food shopping because of worries about their financial security.

Ian Henschke, spokesperson for the retirement alliance as well as for National Seniors, says retirees with stockmarket and property investments are being hammered, and a dire lack of governmental support means it will be impossible for them to do their important part in contributing to an economic recovery.

“With around 3.8 million Australians aged 66 and over, it is important to understand the enormous contribution this section of society has on the overall economy,” he says. “Retirees are the single most important contributor to discretionary spending. Retirees don’t just invest in the share market, but also in their community. Retiree spending, and willingness to spend, has a critical impact on the economy, both now and in the post-stimulus recovery phase.”

Although Covid-19 has done significant damage to older Australians’ retirement incomes, the alliance Henschke represents says that long-standing problems such as high deeming and taper rates applied as part of the Age Pension income and assets tests, a long-term low interest rate environment and a range of market, longevity and regulatory risks were hurting retirees long before the pandemic hit.

“Things are not helped by a retirement income architecture which still deems people to be earning more than what they actually are, or a system which either ignores or is deaf to retired investors who have seen their income evaporate during this crisis,” Henschke says.

The alliance suggests several solutions for the government to consider when completing the Retirement Income Review that is due for release in July.

Firstly, Centrelink is encouraged to make a timely, automatic revaluation of assets in the Age Pension test to account for the significant stockmarket falls that occurred between the last scheduled revalue in March (which would have only covered the prior market rise) and the next date in September (which will likely happen in the market’s recovery, so will not catch the reduction in assets and income retirees experienced in the interim).

Adjustments to taper rates is another recommendation. Taper rates dictate that for every $1,000 of assets a pension recipient holds above the relevant threshold, pension payment is reduced by $3 per fortnight, and can mean that Australians are effectively penalised for saving more for retirement.

Wider eligibility for the Commonwealth Seniors Health Card is another alliance recommendation, as is dropping deeming rates – which apply a pre-determined rate of return to investments, regardless of their actual return, when calculating retirement income to determine pension eligibility – entirely or at least matching them to the RBA cash rate of 0.25 per cent.

A cut to the interest rate charged the Pension Loans Scheme rate is also suggested by the alliance, to encourage retirees draw on capital in their homes to supplement income at a lower cost through a reverse mortgage.

Independent retirement funding providers such as Household Capital, for example, this week offered retirees the ability to fast-track applications for reverse mortgages so they can draw on home equity in just two weeks. By comparison, the Pension Loans Scheme offers a slightly lower interest rate than private reverse mortgage providers but less flexibility, with payments only available as fortnightly instalments, and a far longer waiting period to access a loan.

If the government was to make its reverse mortgage proposition more attractive, the alliance says retirees would have access to much needed short-term relief while in turn boosting confidence and increasing spending in the overall economy.

“Rather than having a relatively simple retirement income system, Australia has created a complicated one of punishment and reward,” the alliance’s open letter says of the effect of Australia’s retirement income system. “While this has been done to reduce the overall expense of providing support to Australians in retirement, and in recognition that private citizens should be encouraged to be self-reliant, it unfortunately leads to perverse outcomes.”

Speaking to ABC NewsRadio this week, Henschke said the alliance’s suggestions were in part about reigniting a sense of confidence that could only be achieved if the government paid more attention to retirees, who he said acted as ‘the engine room of the economy’.

“All we’re asking for is for the government to have a look at this group, to think about this group, and not forget them at the moment,” he told the ABC. “We’re saying, if you provide some confidence for this group, they’ll spend their money.”