World Continence Week: Breaking down the stigma around incontinence 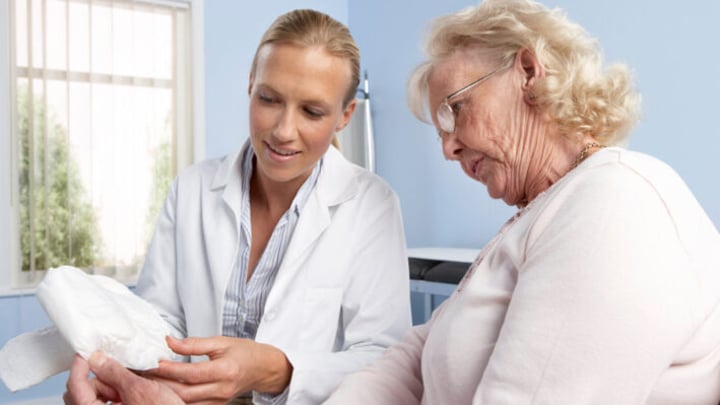 70 per cent of those who suffer from incontinence don't seek help for their condition. Source: Getty Images.

Managing everyday life with incontinence can be challenging enough without the added shame that sufferers often associate with the condition, but as part of World Continence Week (June 20-26) the Continence Foundation of Australia is working to shed light on the topic that can often be heavily stigmatised in the community.

Over 5 million Australians, 1 in 4 people aged 15 years or over, experience bladder or bowel control problems, with this number predicted to grow to 6.5 million by 2030.

80 per cent of people with urinary incontinence are women and although pelvic floor muscles are necessary for bladder and bowel control and have been shown to prevent and treat incontinence at any age, less than 2 out of 10 women (7.66 per cent) do their pelvic floor exercises daily.

Alarmingly, 70 per cent of those who suffer from incontinence don’t seek help for their condition.

It’s figures such as these that cause concern for Continence Foundation of Australia CEO Rowan Cockerell who said this year the Foundation is focusing its attention on men who are known to avoid addressing their health concerns.

“This year we are focussing on men, who are notoriously reluctant to talk about their health, even though over one million men around Australia live with incontinence,” Cockerell said.

“This World Continence Week we are asking people to pledge their support for BINS4Blokes, an Australia-wide awareness and advocacy campaign promoting the installation of incontinence product disposal bins in male public toilet facilities.

“Since its launch in 2021, the BINS4Blokes campaign has been trialled and accepted permanently by numerous businesses, councils, sporting, and entertainment venues, ranging from regional areas such as Camden in NSW.”

Although incontinence is a common problem, impacting both men and women, it can have long-term physical and emotional impacts on those who suffer from it, affecting their self-esteem, motivation, and independence.

In an effort to break down the stigma associated with incontinence, Starts at 60 spoke to Continence Foundation of Australia CEO Rowan Cockerell to examine the symptoms and causes of incontinence and what can be done to manage and even treat the condition.

According to Healthdirect, “incontinence is the involuntary loss of bladder and bowel control”. The condition can range in its severity from experiencing a small leak of urine to losing complete control of the bladder or bowel.

Stress incontinence occurs when someone coughs, sneezes, laughs or when they are active. This occurs due to increased pressure inside the stomach pressing down on the bladder. This type of incontinence is more common in women around the time of childbirth or following menopause.

Urge incontinence is often referred to as an unstable or overactive bladder and involves a person experiencing a sudden and urgent need to urinate. Those who suffer from urge incontinence can also feel like their bladder is fuller than it actually is. The type of incontinence can often worsen with age and can be triggered by stress and drinking caffeine.

Chronic retention incontinence occurs when the bladder doesn’t empty properly, leaking a small amount of urine. This can occur when there is a blockage in the urethra or when there is damage to the nerves around the bladder or pelvic floor muscles. It can also occur due to an enlarged prostate.

Faecal incontinence is another type of incontinence that involves leakage from the bowel or when a person passes a stool uncontrollably due to poor bowel control.

Although incontinence can differ between sufferers, the mental and physical toll that the condition can take is universal with many of those dealing with the condition reporting a significant impact on their mental health.

The mental impact of incontinence

Like any serious health condition, incontinence not only impacts the sufferer’s physical health but also their mental health. Incontinence is a deeply personal health issue and one that is heavily stigmatised.

“Incontinence has a negative impact on mental health and quality of life,” Cockerell said.

“Incontinence impacts people’s social and emotional wellbeing, their ability to engage with the community and their confidence in being out and about. In the Continence Foundation of Australia’s 2021 Consumer Survey, a significant number of responders reported that incontinence affects their mental health and wellbeing as well as their relationships with family and friends.”

Cockerell attributes this negative impact and perception as the cause for so many of those suffering from incontinence refusing to seek help.

“The most common reasons for not seeking and receiving treatment are stigma and shame. There is also a common misconception that incontinence is a normal and inevitable part of ageing and/or being female and this is incorrect. Many people may feel embarrassed and therefore unwilling to discuss their concerns even with a health professional,” he said.

Findings from the Continence Foundation of Australia’s 2021 Consumer Survey support Cockerell’s claims, with figures indicating a considerable impact to the sufferer’s headspace while heavily impacting their day to day life.

Among Australian men with urinary incontinence, the Foundation reported that half of those surveyed avoided situations where they couldn’t easily access a toilet. While 57 per cent intentionally kept accidents secret from those close to them.

Despite the impacts that incontinence can have on mental health and a person’s daily life there are a number of treatments and methods that those suffering can utilise to remedy their condition.

How to manage and treat incontinence.

As reported by the Continence Foundation of Australia, as part of their 2021 Consumer Survey, shame and stigma play a major role in stopping people from seeking treatment for their incontinence. However, Cockerell stresses that “it is important for people to know that they are not alone, and help is available. Incontinence can be treated, better managed, or even cured. As with any health condition, the sooner you seek help the better.”

“The National Continence Helpline (1800 33 00 66) can be a good starting point. The Helpline is staffed by Nurse Continence Specialists with extensive experience. This is a free telephone service
that offers confidential information, advice and support. They also provide a wide range of continence resources and information on local continence services,” he said.

Cockerell said that “the treatment options for incontinence depend on both the cause of incontinence and the length of time it has been experienced”.

“Each case needs to be addressed on an individual basis,” he said.

There are a number of treatment options available, some of which can be carried out in the comfort of your own home.

“Or for women a continence pessary, a soft rubber or tampon-like support device.

“The Continence Foundation’s website has specific sections which explain how to do pelvic floor muscle exercises for men and women, as well as where to seek further help and resources for
continence concerns.

“For more severe and difficult cases of incontinence surgery and/or medication may be required, but again this needs to be addressed by experienced health professionals on a case-by-case basis.”

In many cases, incontinence can be managed and in some cases can even be successfully treated but the first step is to cut through the stigma, reach out and seek help in order to ensure a healthy and independent future.