‘She’ll be right’: Why men aren’t taking charge of their health 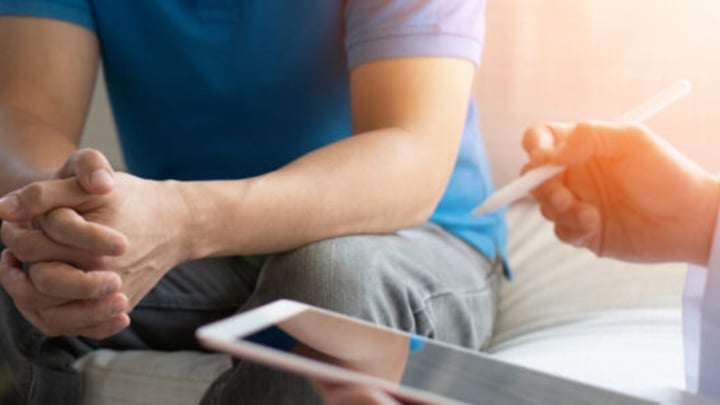 Those surveyed reported feeling a sense of denial about existing health problems and a belief any health issues they experienced were just part of the ageing process. Source: Getty Images.

Denial, fear and mistrust are just some of the reasons men are putting off seeking much needed medical attention when they require it, a recent survey has found.

Research conducted as part of Men’s Health Week by Healthy Male, a national organisation that provides information for men’s health, found that up to one-third of men indicated they would not seek information about private health issues such as erectile dysfunction, loss of libido, urinary tract infections, and sexually transmitted diseases.

Healthy Male CEO Simon von Saldern said although many men attempt to remain in charge of several aspects of their lives, unfortunately, this “doesn’t always extend to their health”.

“The idea of being perceived as weak for what should be basic health-seeking behaviours is a stigma Healthy Male wants to eliminate,” he said.

“Men must seek support early in response to their health and not wait until the health becomes problematic. Addressing any misconception that asking for help is a sign of weakness and encouraging men to make informed decisions on evidence-based information, are a few ways we can encourage men to understand and overcome these barriers and prioritise their health.

“Not acting on your health and health concerns only has one outcome…and it’s never good. Too many guys say ‘I know what they’re going to tell me’ and then do nothing. You owe it to yourself to be as healthy as you can be. You also owe it to your family and friends.”

As part of Healthy Male’s research, participants were questioned via an online survey and through focus groups and reported feeling a sense of denial about existing health problems and a belief any health issues they experienced were just part of the ageing process and that dealing with such things was a case of mind over matter.

The research also revealed that older men were less likely to trust the information they found online because they were unable to authenticate it. Privacy issues in regards to health queries were also of concern.

Participants also reported finding it difficult to broach the subject of health issues with family, friends, and even their doctor.

Alarmingly, many of those surveyed chose to delay seeking help in the hope the health issue would ‘sort itself out’, and only took action when it began to interfere with their day-to-day life.

Not content with men’s ‘wait and see attitude’, von Saldern highlighted that the importance of early intervention when a health problem rears its ugly head cannot be understated and that for men over 60 it’s vital to closely monitor their health in order to prevent the progression of common health problems that present in older age.

“Men over 60 should have an annual check-up booked with their GP – getting on top of changes and issues early is the key. The GP will do things such as monitor your blood pressure, cholesterol, general heart health etc. After 65 it’s a good idea to get a hearing test annually and you should have, for some time now, been getting your eyes tested annually,” von Saldern explained.

“Basically, our lifestyle catches up with us. As men turn 60 and older, the RACGP recommends that they visit their GP for regular check-ups and also address specific potential issues in relation to cardiac problems, erectile dysfunction, prostate cancer, incontinence, and cancer specifically bladder cancer, bowel cancer, as well as chronic diseases such as diabetes,” he said.

Despite the reluctance of males in addressing their health concerns, von Saldern is hopeful they can use the findings to help shift current health-seeking behaviour and attitudes.

“We’re using these findings to tailor the way we communicate health information and are encouraging GPs and other health professionals to proactively encourage their patients to break the silence on their health and not be vague about what concerns them,” von Saldern said.

“For example, we know from the research that men are more likely to speak up about their health issues if their doctor starts the conversation with specific questions.

“Questions get answers. We need to remind men that they have the most important role to play regarding their health.

“It is important to know that we can do anything but we can’t do everything.”

Do you have a male in your life who is avoiding their health issues?