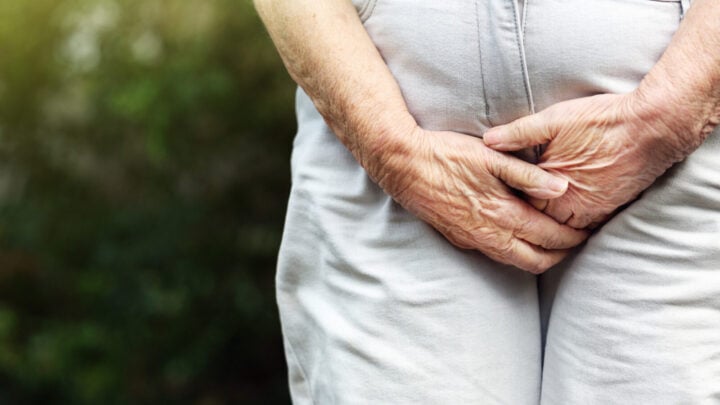 Over five million Australians are affected by incontinence at an estimated economic cost of $66.7 billion, 80 per cent of those living with incontinence are women. Source: Getty Images.

Women’s Health Week (September 5-11) serves as a timely reminder for women to prioritise their health and well-being and to remain aware of the health checks and resources that are available to them to ensure optimal health.

With the Jean Hailes National Women’s Health Survey revealing a significant decrease in the number of women rating their health as “very good” or “excellent” compared to five years ago, it’s more important than ever that women’s health be brought to the fore.

Women’s Health Week & Community Engagement Manager Renea Camilleri stressed that although “it may seem absurd”, women need to be reminded “that it’s okay to put themselves first”.

“So often they put the needs of family, friends, even their pets, above their own,” Camilleri said.

“These seven days will be a perfect opportunity to prioritise their own health.”

As part of Women’s Health Week, five areas of concern in women’s health will be addressed this year which include, menopause, pelvic health, health checks, mental wellbeing as well as physical activity.

A post shared by Jean Hailes for Women’s Health (@jeanhailes)

The Continence Foundation of Australia is doing its part to prioritise women’s health this year by reminding women of all ages that there is much they can do to reduce their risk of incontinence.

Over five million Australians are affected by incontinence at an estimated economic cost of $66.7 billion, 80 per cent of those living with incontinence are women.

“More than 50% of women over the age of 59 experience incontinence, and not surprisingly the risk of incontinence increases as we age. An Australian study found one in ten older women experience severe incontinence, which also increases the likelihood of needing to move into residential aged care,” CEO of the Continence Foundation of Australia, Rowan Cockerell said.

Although these figures are alarmingly high, the majority of people affected by incontinence can have the condition treated, better managed, or even cured.

“Incontinence is preventable and treatable in the majority of cases,” Cockerell explained.

“The key to preventing or better managing incontinence comes down to protecting and strengthening the pelvic floor and adopting a few healthy lifestyle habits.”

Pelvic floor exercises play an important role in strengthening and reducing the risk of incontinence, however, according to a recent survey of more than 15,000 Australian women it was found that less than two out of ten (17.6%) do their pelvic floor exercises daily, despite them being able to be completed anywhere and at anytime.

“You can do them on the bus, at your desk, while you’re standing in line for a coffee, and nobody will even know you’re doing them,” Cockerell said.

In an effort to prioritise women’s health as part of Women’s Health Week, Starts at 60 spoke further with Continence Foundation of Australia CEO Rowan Cockerell to examine the symptoms and causes of incontinence, the importance of pelvic floor exercises and what else can be done to manage and even treat incontinence while examining the stigma associated with the condition.

According to Healthdirect, “incontinence is the involuntary loss of bladder and bowel control”. The condition can range in its severity from experiencing a small leak of urine to losing complete control of the bladder or bowel.

Stress incontinence occurs when someone coughs, sneezes, laughs or when they are active. This occurs due to increased pressure inside the stomach pressing down on the bladder. This type of incontinence is more common in women around the time of childbirth or following menopause.

Urge incontinence is often referred to as an unstable or overactive bladder and involves a person experiencing a sudden and urgent need to urinate. Those who suffer from urge incontinence can also feel like their bladder is fuller than it actually is. The type of incontinence can often worsen with age and can be triggered by stress and drinking caffeine.

Chronic retention incontinence occurs when the bladder doesn’t empty properly, leaking a small amount of urine. This can occur when there is a blockage in the urethra or when there is damage to the nerves around the bladder or pelvic floor muscles. It can also occur due to an enlarged prostate.

Although incontinence can differ between sufferers, the mental and physical toll that the condition can take is universal with many of those dealing with the condition reporting a significant impact on their mental health.

The mental impact of incontinence

Much like any serious health condition, incontinence not only impacts the sufferer’s physical health but also their mental health. Incontinence is a deeply personal health issue and one that is heavily stigmatised.

Cockerell spoke of the “significant impact” incontinence can have “on an individual’s mental and physical health”, revealing that the Continence Foundation’s recent Consumer Survey 2022 found that “it severely impacts their life”.

“Many people are embarrassed about any incontinence issues, which is often accompanied by stigma and shame. We know that it can lead to some people limiting their social and sex lives and then we start to see it having an impact on their mental health,” Cockerell said.

Cockerell further discussed the negative impact the condition can have on a sufferer’s social life with “many people” not feeling “confident to leave the house which can severely restrict their social lives and ability to participate in and enjoy many activities”.

“People think incontinence is just a normal part of ageing, but it absolutely isn’t, and nobody should feel they just have to put up with it. And given it’s such a common issue, there really should be no stigma attached to it,” she said.

Although incontinence can cause feelings of shame and embarrassment which lead to further isolation, Cockerell stressed that “help is available”.

“It is important to know that you are not alone,” she said.

“We have a National Continence Helpline staffed by Nurse Continence Specialists, who offer free and confidential information, advice and support to people affected by incontinence. They also provide a wide range of continence resources and information on local continence services. You can call the Helpline on 1800 33 00 66 between 8am and 8pm Monday to Friday.

“Our resources and experts all take a very common sense and practical approach to helping people. We offer a completely safe space for people to discuss and seek help for this problem.”

Despite the impacts that incontinence can have on mental health and a person’s daily life there are a number of treatments and methods that those suffering can utilise to remedy their condition.

How to manage and treat incontinence

As previously mentioned “the key to preventing or better managing incontinence comes down to protecting and strengthening the pelvic floor”, however, before treatment can be considered Cockerell points out the “need to consider the risk factors for developing incontinence”.

Something to consider when preventing incontinence, according to Cockerell, is “to start with the five healthy habits” and address lifestyle factors such as physical activity which “is beneficial for overall health, and that includes bladder and bowel function”.

Cockerell suggests aiming for “at least 30 minutes of physical activity per day”.

“This doesn’t have to be all at once. Activities like gardening, cleaning, playing with the grandkids, and taking the stairs all add up,” she said.

Cockerell also advises that people should “drink plenty of water to stay well hydrated”, but to avoid caffeine, soft drinks, and alcohol which “can all irritate the bladder”.

Practicing good toilet habits is also essential, with Cockerell suggesting to not “get into the habit of going to the toilet ‘just in case’. If you keep emptying your bladder ‘just in case’ too often, then the bladder may never fill up properly, and shrink a bit”.

“This may give the feeling of needing to go to the toilet more frequently (urge incontinence),” she said.

“Having a strong pelvic floor may help to protect against incontinence. You can train your pelvic floor anytime, anywhere. Consult a health professional if you’re not confident you know how to do this properly,” Cockerell said.

“Women experience urinary incontinence due to a variety of contributing factors which are ideally addressed via an individualised assessment and management program incorporating tailored pelvic floor muscle training,” she said.

“The majority of people affected by incontinence can be treated, better managed or even cured. Whilst incontinence isn’t something that people have always been comfortable talking openly about, it is becoming less taboo.

“Sometimes it just takes one person to start having the conversation and then you realise that other people are experiencing the same problem. People are happy to share once they know that they’re not alone.”