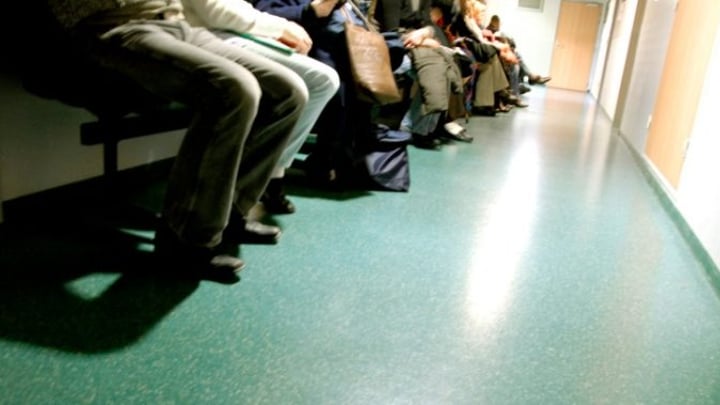 Waiting times for elective surgery and emergency department care have increased, according to two new reports released on Thursday by the Australian Institute of Health and Welfare (AIHW).

Between 2017 and 2018, the median waiting time for elective surgery across all Australian states and territories ranged from 23 days (in the Northern Territory) to 55 days (in New South Wales). The proportion of patients having to wait more than a year to be admitted for their procedure also increased from 1.7 per cent in 2016-17 to 1.8 per cent in 2017-18. Still, this remains lower than five years ago, where the proportion sat at 2.4 per cent.

The report also found that waiting times varied depending on the type of surgical procedure patients were undergoing. For example, the longest median wait in the 2017-18 period was for Septoplasty, surgery performed for a deviated nasal septum. Patients were waiting an average of 248 days for that surgery, while the median wait for coronary artery bypass graft surgery was 17 days.

The second report, Emergency Department Care 2017-18: Australian Hospital Statistics, showed there was a rise in waiting times for emergency department care in Australia. There were more than eight million presentations to public hospital emergency departments – or 22,000 each day – between 2017-18. This increased by 2.7 per cent each year since the 2013-14 period.

“In 2017–18, 72 per cent of people presenting to emergency departments were seen ‘on time’ for their urgency (triage) category, a decrease from 75 per cent in 2013–14,”AIHW spokesperson Dr Adrian Webster said in a statement. “This varied across the states and territories, ranging from 49 per cent of patients seen ‘on time’ in the Australian Capital Territory to 80 per cent in New South Wales.”

“The Department notes under the National Health Reform Agreement, the state and territory governments are the system managers of their public hospital systems and as such the responsibility for the management of the public hospital system, including waiting times and performance, rests with the states and territories,” the spokesperson explained. “The Department notes that the most recent AIHW data shows that the state and territory contribution to public hospitals grew by only 0.1 per cent in 2016-17 compared to the growth in Commonwealth funding of 6.2 per cent.”

Longer waiting times are something Starts at 60 readers have experienced first-hand.

“Earlier this year I had two occasions within eight days that I needed to go to hospital. The first time I waited over three hours for an ambulance and by the time they got to me my blood pressure was 200/100,” reader Fran Spears told Starts at 60. “Then they were ramping so [I] was taken off the bed and put into the waiting room because they had no room and no doctor to see me.”

She added that she became quite ill and was in emergency for 34 hours and four different beds over the next seven days.

The data also revealed that nearly a quarter – or close to two million – emergency department presentations were for injuries or poisoning.

In response to the AIHW data, the Department of Health said funding to public hospitals would increase.

“Under the next National Health Reform Agreement currently being negotiated, the Commonwealth’s funding for public hospitals in all states and territories will increase from $99.3 billion between 2015-16 and 2019-20 to $130.2 billion between 2020-21 and 2024-25,” the spokesperson added.

Have you had to wait a long time for elective surgery or in the emergency department? How long were you waiting and how did this impact you?