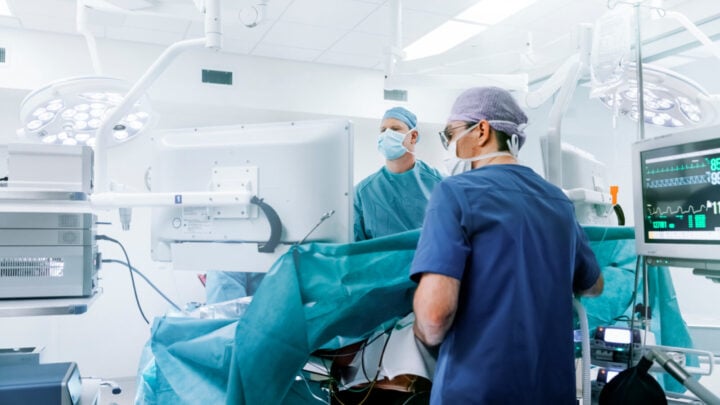 The findings concluded that of the sample group of adults studied, those who underwent bariatric surgery were at a significant 32 per cent less likelihood of developing obesity-associated cancer. Source: Getty

New research published by the JAMA network has discovered a link between bariatric surgery and a substantial decrease in developing cancer.

The new study titled Association of Bariatric Surgery With Cancer Risk and Mortality in Adults With Obesity strived to discover if there was a link between bariatric surgery and the incidence of obesity-related cancer and cancer-related mortality in patients with obesity.

The study was conducted on a group of 30,318 adults classified as obese over the course of a decade.

The findings concluded that of the sample group of adults studied, those who underwent bariatric surgery (5,053 patients) were 32 per cent less likely of developing obesity-associated cancer and had a 48 per cent lower risk of dying as a result of cancer than those who did not undergo the invasive weight-loss surgery.

On average, the participants who underwent the bariatric surgery lost approximately 25 kilograms as opposed to those who did not, losing an average of 3 kilograms.

Study-co-author Jared R. Miller, MD, a general and bariatric surgeon at Gundersen Lutheran Health System said “the benefits of cancer risk reduction through weight-loss surgery cannot be ignored and should be a consideration for patients with obesity and at high risk for cancer.”

“We knew bariatric surgery would reduce cancer risk based on previous studies, but what surprised us was the extent of that reduction in certain cancers,” Miller said.

It has been well documented that being overweight may increase the likelihood of a person developing cancer and/or other life threatening diseases. The Australian Institute of Health and Welfare (AIHW) highlights that “overweight and obesity increases the likelihood of developing many chronic conditions, such as cardiovascular disease, asthma, back problems, chronic kidney disease, dementia, diabetes, and some cancers.”

Obesity plays a major role in disease burden. But if we were all in a normal weight range, the burden caused by a range of common diseases would be slashed. See the effect of a healthy weight & regular exercise in our latest data visualisations: https://t.co/at3VtmxwR3 #OzHealth pic.twitter.com/aRJoTCQZrI

According to the latest data from the AIHW, an estimated 2 in 3 (67%) Australians aged 18 and over were overweight or obese (36% were overweight but not obese, and 31% were obese).