Having a partner with selective hearing could increase the risk of death: Study 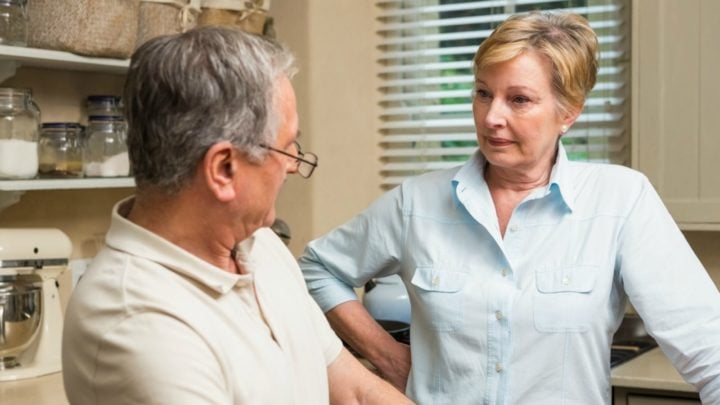 While it can be frustrating when your partner doesn't listen to you, researchers believe this could be having a greater impact on your overall health, even contributing to an early death. Source: Getty (Stock image used)

While there’s nothing more frustrating than living with a partner who doesn’t listen to you, new research has shown this could have a bigger impact on your health than simply leaving you feeling angry or annoyed.

Researchers from the University of Edinburgh in Scotland claim in a new study that having an attentive partner dramatically improves long-term health and life expectancy. The study found people in long-term relationships who believed their partners had become less caring were more likely not to be able to deal with stresses of everyday life when asked after 10 years.

Worryingly, stresses recorded after 10 years were linked to a higher risk of death in the subsequent 10 years. For the study, the research team assessed a group of 1,200 people aged between 25 and 74 who had a spouse or a live-in partner.

After 10 years, participants were asked to answer the same questions. At this point in the study, participants also filled out a report for eight days and reordered any daily stressful events such as problems at home or work.

They were also asked questions about how often they experienced a variety of emotions in response to these stressful events, noting when they felt negative emotions such as fear, hopelessness, frustration and anxiety, as well as positive emotions including cheerfulness, calmness, satisfaction and pride.

It was discovered that people who reported a decline in their partner’s responsiveness during the first 10 years of the study had a 42 per cent higher risk of mortality in 2015 – 20 years after the testing began. Researchers believe the link to the risk of earlier death was higher in people experiencing more negative reactions to daily stressors in the 10-year period until 2006.

“These findings are among the first to investigate how long-term changes are an important marker of relationship quality and can predict mortality risk,” leader author Sarah Santon from the University of Edinburgh School of Philosophy, Psychology and Language Sciences, said in a statement. “The results suggest that if people have someone they can turn to – and whom they think supports them – then it can help them deal with the stresses of everyday living. This also has downstream associations with later health outcomes.”

It’s not the first time trouble in relationships has been linked to poorer health. Research conducted by the Michigan State University found older couples in bad marriages have a higher risk of heart disease than those in a good marriage.

That study, published in the Journal of Health and Social Behaviour, found bad marriages were worse for heart health than a good marriage and the effect of marital quality on cardiovascular risk became stronger at older ages.

What are your thoughts on the findings? Do you think a bad marriage can impact health?