Opioids only help a little when it comes to chronic pain: Study 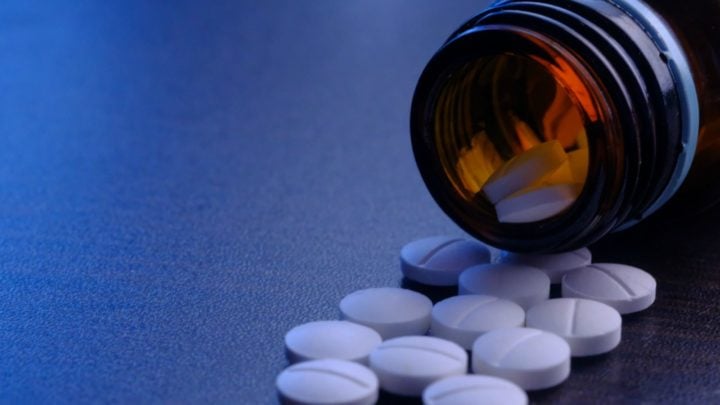 Experts have warned that long-term opioid use may not benefit people. Source: Getty

While opioids are prescribed to many patients to help manage chronic pain, a new study claims the powerful medication may not help as much as originally thought.

The study, published in the Journal of the American Medical Association by McMaster University researchers, found opioids may only help slightly when it comes to treating non-cancer pain. Researchers reviewed 96 clinical trials of more than 26,000 people and found sleep quality, physical functioning and pain only improved slightly for those taking opioids when taking compared to a placebo.

The research also found opioids may increase the risk of side effects such as vomiting, drowsiness, constipation, dizziness, nausea, dry mouth and itching. There was also low- to moderate-quality evidence that found similar benefits for pain and physical functioning between opioids and alternatives including nonsteroidal anti-inflammatories, antidepressants and synthetic cannabinoids.

“Despite widespread use, there is not enough known about the benefits and harms of opioids for chronic non-cancer pain,” lead researcher Jason Busse said in a statement.

Researchers discovered compared to a placebo, 12 per cent more patients treated with opioids will experience pain relief, 8 per cent more will see an improvement in physical functioning and 6 per cent notice improved sleep quality.

“These are very modest effects, and opioids were not associated with any important improvement in social, role, or emotional functioning,” Busse added.

As well as side effects, opioids have also been linked with addiction, overdose and death in some cases.

“Given their risks, modest benefits, and the comparable effectiveness of alternatives, our results support that opioids should not be first line therapy for chronic non-cancer pain,” Busse said.

While the study was based in Canada, opioid use is growing in Australia. Pain Australia CEO Carol Bennett told Starts at 60 the findings confirm that long-term use of opioids for chronic non-cancer pain is really not that useful and can actually be harmful – particularly for older people.

“The study is fairly consistent with all the information we’re well aware of, which is that chronic pain should not be managed with long-term opioid use,” Bennett said. “They’re for acute pain only.”

She explained that higher strength opioids such as Fentanyl used over longer periods of time can actually be dangerous for older people, especially for those who haven’t used opioids before.

“It can lead to serious harm and possibly even death in some instances,” Bennett stressed. “What we need is better awareness and education amongst the general community that enables them to question if they actually need to be taking opioids.”

In many cases, people become hypersensitive to opioids if they take them, meaning patients typically need to use increased dosages to manage pain. The gold standard in Australia is currently multidisciplinary care, which means making sure people move regularly and that they have access to multidisciplinary providers such as physiotherapists, psychologists, nutritionists. These various options enable people to better manage their ongoing chronic pain.

“I would urge people to really question if they or their families need them and to look to other alternatives, particularly multidisciplinary care,” Bennett said.

The report also found twice as many people died from overdose associated with an opioid medicine as they did from an overdose of heroin.

What are your thoughts on this? Do you know someone who uses opioids?