Toilet trips at night can be a sign of serious health condition: Study 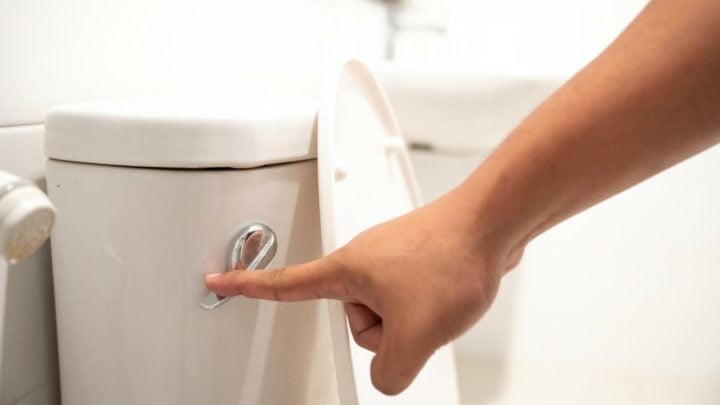 Getting up to use the bathroom at night could be a sign of high blood pressure, according to a new study. Source: Getty

While many people associate frequent toilet trips at night with old age or incontinence, a new study has revealed it could also be a sign of high blood pressure.

High blood pressure, also known as hypertension, can damage the body for years without a person being aware, as most people living with high blood pressure don’t present any symptoms at all.

High blood pressure is a serious health concern because it puts strain on the blood vessels, heart, brain, kidneys and eyes and increases the risk of heart disease, heart failure, stroke, aneurysms and kidney disease. Around 6 million Australians and 1 billion people worldwide are said to be living with hypertension.

The new findings from researchers in Japan were presented at the 83rd Annual Scientific Meeting of the Japanese Circulation Society last month and analysed the link between nocturia and hypertension in the general Japanese population.

For the study, the blood pressure of each participant was measured and information on nocturia was obtained through a questionnaire. Those with blood pressure at 140/90 mmHg or higher and participants already prescribed antihypertensive drugs were considered hypertensive. Researchers noted getting up at night to urinate was associated with a 40 per cent higher risk of having hypertension.

The study found 69 per cent of participants who answered the questionnaire had nocturia but that it could also be influenced by other factors such as lifestyle, salt intake, ethnicity, and genetic background. It could also be down to Japan’s high intake of salt.

While researchers acknowledged that early detection and management of hypertension are both important to prevent cardiovascular disease, they also said nocturia is caused by both urinary organ problems and systemic diseases such as hypertension, meaning it could be a symptom of high blood pressure.

High blood pressure is the world’s leading cause of premature death, killing as many as 10 million people in 2015 alone. While medication can reduce the risk of heart disease and stroke, a healthy lifestyle is also advised. This includes reducing salt intake and drinking alcohol only in moderation, eating healthy, exercising regularly, not smoking and controlling weight.

Do you have high blood pressure? What lifestyle changes have you made to reduce your levels of it?