Damning new report: Australians with dementia set to double by 2058 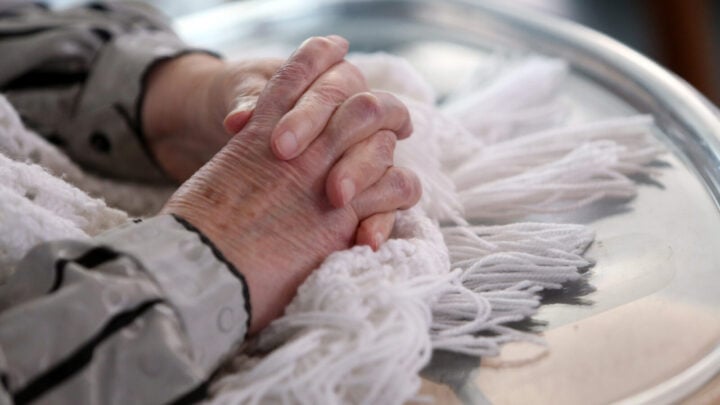 The rates of dementia in Australia are set to double by 2058 Source: Getty

One in 12 Australians aged 65 and over are living with dementia, according to a new report released today, which reveals these figures increase to two in five for Aussies aged 90 and over.

The Dementia in Australia report, released by the Australian Institute of Health and Welfare (AIHW), has unveiled sobering statistics when it comes to the disease, with dementia the second-leading cause of death in this country.

The report, released to coincide with Dementia Action Week, which starts today, is the AIHW’s most comprehensive ‘compendium’ report on dementia since 2012, and provides the latest figures on population health impacts, carers and care needs; health and aged care service use; and direct expenditure in relation to dementia.

“Dementia is an umbrella term for a large number of conditions that gradually impair brain function,” AIHW spokesperson Dr Fleur de Crespigny said. “It poses a substantial health, aged care and societal challenge and — with Australia’s rapidly ageing population — it is predicted to become an even bigger challenge in the future.

The cost of dementia

“In 2018-19, $3 billion in health and aged care spending was directly attributable to dementia,” de Crespigney said.

“The majority – 65 per cent – of people with dementia live in the community, many of whom require care and assistance from family and friends to continue doing so.

“In 2021, it is estimated that up to 337,200 Australians are providing constant unpaid care for a person with dementia, with over half of primary carers providing an average of 60 or more hours of unpaid care each week.”

According to the AIHW, dementia does not refer to one single specific condition but is more of an umbrella term for a large number of conditions that gradually impair brain function, which may result in changes in cognition, language, memory, perception, personality, behaviour, mobility and other physical impairments.

While the likelihood of developing dementia increases with age, the good news is it is not an inevitable part of ageing.

The AIHW states there is no single conclusive test available to diagnose the disease, which can involve a long process of comprehensive cognitive and medical assessments.

General Practitioners (GPs) are often the first point of contact for those who suspect someone close to them may have dementia, who should then refer patients to qualified specialists or memory clinics for more detailed tests.

The three stages of dementia

Non-modifiable risk factors include age (the risk of developing dementia doubles every five or six years for people aged over 65); family history of the condition; and genetic mutations.

Ways to reduce your risk of dementia

According to the AIHW report, Australia ranks 17th lowest out of 36 countries measured by the Organisation for Economic Cooperation and Development (OECD). The OECD estimates that 14.6 in every 1,000 Australians were living in dementia in 2019, compared with Mexico, which recorded the lowest rate of 7.6 people per 1,000 population, and Japan at the highest with a rate of 24.8 per 1,000.

Should more funding be injected into dementia research?