‘The beginning of the end’: Netflix releases ‘The Crown’ season 5 trailer amid ongoing backlash 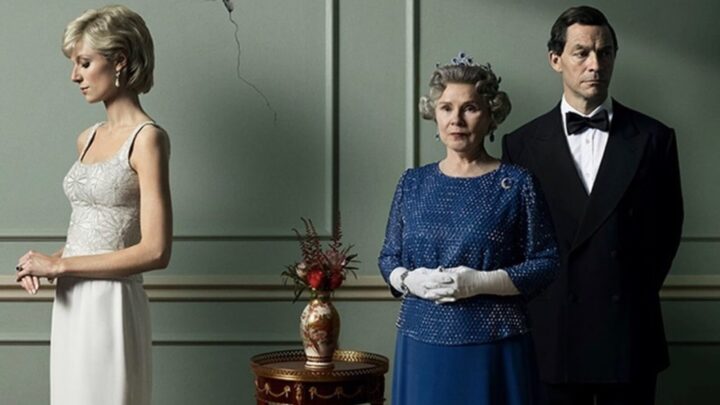 After what surely felt like a long wait for fans of The Crown, audiences have finally been granted a peak at the new season of the highly acclaimed Netflix drama, with the recently released season five trailer delivering a healthy dose of foreshadowing for a season filled with chaos.

Less than a month before the upcoming season is scheduled to premiere on November 9, Netflix has dropped the first trailer for The Crown season five showing “the beginning of the end” of the British Royal Family.

The trailer opens with the horrific 1992 fire at Windsor Castle, while a voiceover of Queen Elizabeth II (Imelda Staunton) can be heard saying, “In light of the events of the last 12 months, perhaps I have more to reflect on than most.”

It was a scandal-riddled year for the royal family in 1992, along with the fire, three of the Queen’s children were going through divorces with the then-Prince Charles (Dominic West) and Princess Diana’s (Elizabeth Debicki) crumbling marriage making headlines across the nation.

Later in the trailer, now disgraced BBC journalist Martin Bashir (Prasanna Puwanarajah) declares that “the royal family is in genuine crisis” before we are given a glimpse of Diana preparing for their infamous Panorama interview.

“How did it come to this?” the Queen asks at the end.

The Crown season five returns amid unprecedented levels of backlash from those closest to the Royal Family, claiming Netflix “perverted the facts” and has been “consistently dishonest from day one”.

However, The Crown creator Peter Morgan has hit back at the claims, arguing that those allegations are simply untrue.

Despite what Morgan believes, royal fans have taken to social media to remind people of the fictionalised and dramatised storyline of the show.

Dear Netflix. Can you please put a disclaimer before and after each episode that you couldn’t find a gross enough actor to play Prince Charles and so you went the opposite route and got one of the hottest actors, Dominic West, to do so? I feel like Princess Diana did; betrayed.

How on earth do you work that one out? Of course she was loved by her family. This series is fiction don’t get confused with what actually happened!

Shame on you for fabricating so much of this and refusing to put a disclaimer at the start.

Buckingham Palace isn’t taking any chances either, with a senior source telling The Telegraph that the Palace has started to prepare for any damage The Crown season five might do to the Monarch’s image, affirming to the publication that the show is a “drama, not a documentary”.