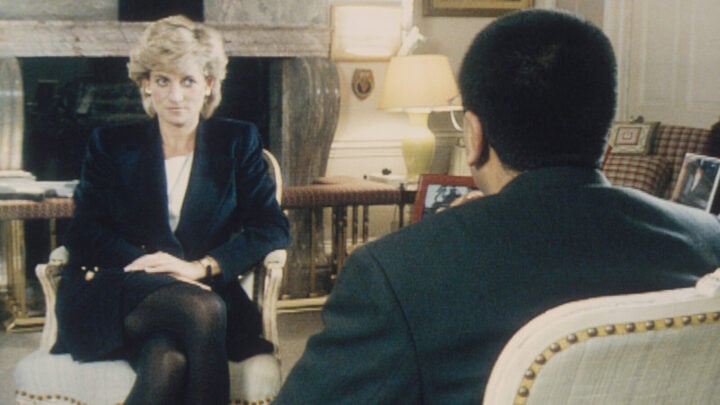 BBC Director-General Tim Davie issued an apology "for the way in which Princess Diana was deceived and the subsequent impact on all their lives". Source: Getty Images.

Almost 27 years after the controversial 1995 Princess Diana Panorama interview aired the BBC has issued a formal apology to Prince Charles, William and Harry as well as their former nanny for the “deceitful tactics used by the BBC in pursuit of its interview with Diana”.

In the 1995 programme, in which Diana was interviewed by journalist Martin Bashir, the late princess discussed the toll her marriage was taking on her mental health, detailing her struggle with bulimia and describing how she had days when she didn’t want to get out of bed. The interview made global headlines when Diana declared “there were three of us in this marriage”, in reference to the Prince of Wales’ infidelity with Camilla Parker-Bowles. The interview was watched by nearly 23 million viewers in the United Kingdom.

The Dyson Report, an independent investigation into the programme, found in 2021 that the BBC “fell short of the high standards of integrity and transparency which are its hallmark” and that Bashir had used deceitful methods to secure the interview with Diana.

Allegations were also made that William and Harry’s former nanny, Alexandra Pettifer, was involved in an affair with Charles. Pettifer won a defamation claim against the broadcaster on Thursday, July 21 in the London High Court.

Following Thursday’s ruling, BBC Director-General Tim Davie issued an apology “for the way in which Princess Diana was deceived and the subsequent impact on all their lives”.

Although the royal family is yet to respond to the BBC’s apology, Prince William did issue a statement regarding the broadcasters’ conduct following the handing down of The Dyson Report’s findings in 2021.

“It brings indescribable sadness to know that the BBC’s failures contributed significantly to her fear, paranoia and isolation that I remember from those final years with her,” William stated at the time.

“But what saddens me most, is that if the BBC had properly investigated the complaints and concerns first raised in 1995, my mother would have known that she had been deceived.

“She was failed not just by a rogue reporter, but by leaders at the BBC who looked the other way rather than asking the tough questions.”

At the time Prince Harry also delivered a statement, claiming the report was “the first step towards justice and truth”.

“Our mother was an incredible woman who dedicated her life to service. She was resilient, brave, and unquestionably honest. The ripple effect of a culture of exploitation and unethical practices ultimately took her life,” he said.

“To those who have taken some form of accountability, thank you for owning it.

“That is the first step towards justice and truth. Yet what deeply concerns me is that practices like these — and even worse — are still widespread today. Then and now, it’s bigger than one outlet, one network, or one publication.

“Our mother lost her life because of this, and nothing has changed.

“By protecting her legacy, we protect everyone, and uphold the dignity with which she lived her life. Let’s remember who she was and what she stood for.”