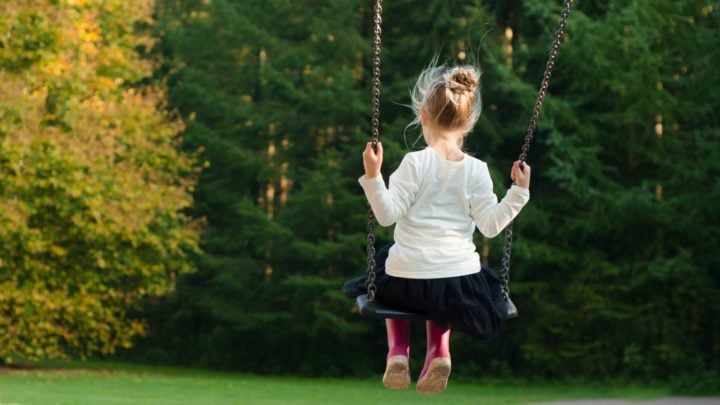 An alarming new study has shown that playing outside - the way Boomers did when they were growing up - could reduce the risk of children developing mental health problems. Source: Pexels

Many Baby Boomers grew up spending hours on end playing outside with other kids in the neighbourhood and if a new study is anything to go by, this kind of upbringing can have a significant benefit on mental health when people grow older.

While children these days are more likely to be glued to their iPads or shun outdoor activity in favour of video games, new research has found kids who grow up with greener surroundings are up to 55 per cent less likely to develop various mental disorders later in life. Playing outside was simply the norm for most people who grew up in the 1950s and ’60s, but times have clearly changed when it comes to children entertaining themselves.

The study, published in the Proceedings of the National Academy of Sciences Journal by researchers from the Aarhus University in Denmark, comes as WHO estimates that more than 450 million people worldwide suffers from a mental disorder.

The new study, based on satellite data from 1985 to 2013, saw researchers map the presence of green space around the childhood homes of one million Danes and compare this data with the risk of developing one of 16 mental disorders later in life. The results of the study took mental health risk factors such as socio-economic status, urbanisation and a family history of mental disorders into consideration.

“Our data is unique. We have had the opportunity to use a massive amount of data from Danish registers of, among other things, residential location and disease diagnoses and compare it with satellite images revealing the extent of green space surrounding each individual when growing up,” study author Kristine Engemann said in a statement.

“With our dataset, we show that the risk of developing a mental disorder decreases incrementally the longer you have been surrounded by green space from birth and up to the age of 10,” Engemann explained. “Green space throughout childhood is therefore extremely important.”

What’s more is researchers now believe the natural environment plays a bigger role for mental health than previously thought and the results of the study give them a better understanding of its important across the broader population.

“The coupling between mental health and access to green space in your local area is something that should be considered even more in urban planning to ensure greener and healthier cities and improve mental health of urban residents in the future,” co-author Jens-Christian Svenning added.

While urban planning could play a role, it also raises questions over whether parents and grandparents need to be encouraging their children to spend more time outdoors instead of inside. For example, a recent study published in the JAMA Pediatrics Journal found American children younger than six are spending most of their screen time watching TV.

The study, which assessed screen time in young children between 1997 and 2014, found screen time increased from 1.3 hours a day in young children in 1997 to three hours a day by 2014. Meanwhile, a 2018 Australian survey conducted by Finder also found 17 per cent of Australian children aged 12 and under – the equivalent of 690,000 – owned a smartphone. Alarmingly, 10 per cent of parents said they gave their kid a phone so they could play games.

It’s also up to parents and grandparents to ditch their phone and interact with children, with a landmark Queensland State Government report revealing late last year that children feel neglected with their parents are engrossed in their mobile phones.

The Growing Up in Queensland report found children crave their parents’ attention to cope with school stress and bullying, with 60 per cent of children admitting they were concerned about the amount of stress in their lives and felt their parents weren’t interested enough to care.

What are your thoughts on this study? Do you encourage your grandchildren to play outside?