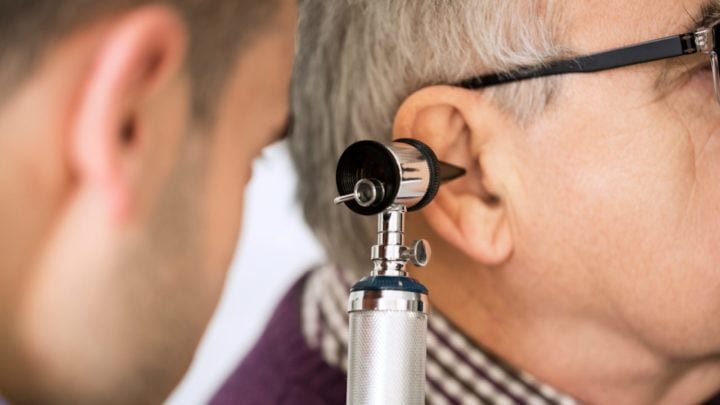 Tinnitus is a condition where a person hears sounds that aren’t caused by an outside source and researchers are now one step closer to finding a cure. Source: Getty

While there’s currently no cure for tinnitus, researchers may be one step closer to developing an effective treatment for humans after making a breakthrough discovery in a recent trial on mice.

Researchers from the University of Arizona believe tinnitus and other hearing loss-related conditions including hyperacusis and central auditory processing disorder could be linked to inflammation in a sound-processing part of the brain. Incredibly, they have now managed to cure the condition in mice, after blocking a specific protein that increases this brain inflammation in the first place.

In simple terms, tinnitus is a condition where a person hears sounds that aren’t caused by an outside source. Instead, it’s a symptom of a fault within the person’s hearing system. These sounds can range from ringing and buzzing to whistling, roaring and humming and can be caused by exposure to loud noises, stress, trauma, problems in the ear, diabetes and some medication such as antibiotics and non-steroidal anti-inflammatories.

Affected people are often told to avoid exposure to loud sounds or to adjust medication that could be causing tinnitus as a side effect. Changing diet, remaining physically active and keeping the brain stimulated can help people manage the condition, but it can often result in depression, tension, sleep issues, anxiety and poor concentration.

To address this, researchers examined how neuroinflammation – the inflammation that affects the nervous system – impacted the sound-processing part of the brain (the auditory cortex) in rodents with hearing loss. The study also investigated the role the inflammation played in the development of tinnitus.

In an experiment on mice with tinnitus, a molecule called TNF-A (tumour necrosis factor alpha) was found to disrupt communication between hearing neurons. By blocking the molecule, researchers were able to successfully treat and cure tinnitus.

While the results so far are promising, it could be some time before a miracle pill is available for humans. Researchers explained that there could be side effects to the therapy and they need to be investigated thoroughly before human trials.

It’s always best to talk to a health professional if you’re experiencing hearing loss. While there is no cure, there are various ways people manage the condition.

Do you know someone who’s been impacted by tinnitus? How do they manage the condition?