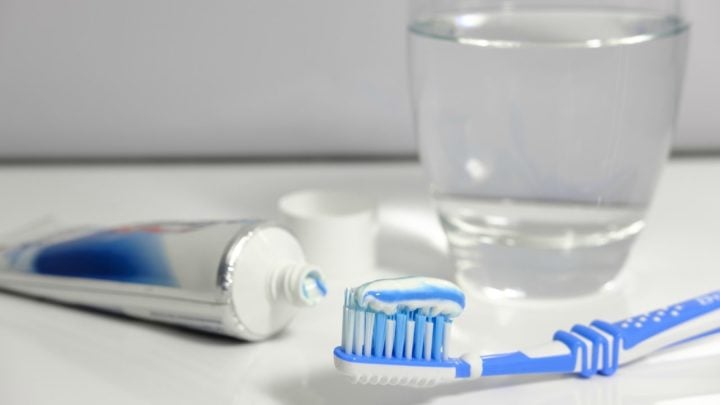 While most people know they need to maintain good oral hygiene to keep their teeth healthy and strong, new research shows brushing your teeth and flossing could also protect against developing Alzheimer’s disease.

Researchers from the University of Bergen have discovered a clear connection between gum disease and Alzheimer’s disease and that gingivitis plays a decisive role in whether someone develops the cognitive condition or not.

Gingivitis causes the gums to become irritated, red and swollen and can cause an array of serious problems including tooth loss, bleeding and pain. The condition typically occurs due to poor dental hygiene when plaque forms on the teeth, but can also be caused by smoking, ageing, dry mouth and certain medications used for high blood pressure, epilepsy and heart conditions.

When not removed, plaque can harden and turn into tartar, which attracts bacteria and makes it harder to remove plaque. The longer it remains on the teeth and in the mouth, the more likely it is to irritate the gingiva part of the gum.

Researchers now believe these harmful bacteria can move to other parts of the body.

“We discovered DNA-based proof that the bacteria causing gingivitis can move from the mouth to the brain,” researcher Piotr Mydel said in a statement.

While previous research showed bacteria can move from the mouth to the brain, the latest research is the first to use DNA-evidence to shows this process also occurs in human brains. Findings presented earlier this year at the Experimental Biology 2019 Meeting in Florida found bacteria involved in gum disease could travel throughout the body of mice and exude toxins associated with serious conditions including dementia, arthritis and pneumonia. Other studies have found similar results in animal models.

For the latest study, researchers analysed 53 people with Alzheimer’s and discovered gingivitis bacteria that excrete harmful enzymes that can destroy nerve cells in the brain in 96 per cent of cases.

The bacteria common in gingivitis produce a protein that destroys nerve cells in the brain. This leads to memory loss and over time, the development of Alzheimer’s disease.

The study published in the Science Advances Journal said it wasn’t just the bacteria causing Alzheimers, but its presence raises the risk of developing the disease and are associated with more rapid progression of the condition. Alzheimer’s disease is thought to be caused by an array of genetic, lifestyle and environmental factors that impact the brain over time.

Still, there are plenty of ways people can prevent gingivitis and reduce the risk associated with the harmful bacteria.

“Brush your teeth and use floss,” Mydel recommended.

Teeth should be brushed twice a day for at least two minutes a day. Flossing is also recommended at least once a day or after a meal where food can become stuck in the teeth. People should also visit the dentist every six to 12 months for a professional clean.

There are also hopes the research can offer a new approach for delaying the onset of Alzheimer’s.

“We have managed to develop a drug that blocks the harmful enzymes from the bacteria, postponing the development of Alzheimer´s,” Mydel said. “We are planning to test this drug later this year.”

It’s always important to talk to a health professional if you believe your dental hygiene is a problem or causing other health issues.

Do you think gum disease could increase the risk of dementia? When was the last time you went to the dentist?