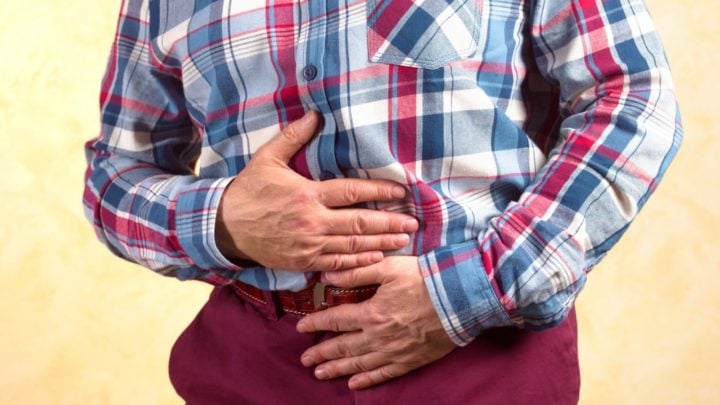 A new study has predicted that rates of bowel cancer will rise by close to 60 per cent in Australia in the coming years. Source: Getty

Australia has one of the highest rates of bowel cancer in the world and it is currently the third most diagnosed cancer in the country. As well as already being the second biggest cancer killer, 15,604 Aussies are diagnosed with the cancer each year. Worldwide, there are 1.8 million new cases each year and 881,000 deaths.

While those stats are scary enough, new research has found the rates of colorectal cancer are expected to rise dramatically in the coming years. Using data from the World Health Organisation’s mortality database for 1989 – 2016, researchers from the University of Melbourne were able to predict the mortality rates and number of deaths related to colon and rectal cancer until the year 2035.

The study, published in the International Journal of Cancer, found rates are expected to increase by 59.2 per cent in Australia within 16 years. Other countries with worrying mortality rates include Costa Rica on 73.6 per cent, the United States on 27.8 per cent, Ireland on 24.2 per cent and Canada with a 24.1 per cent increase.

Despite that, mortality rates for colon cancer are expected to decrease for the majority of countries from Asia, Europe, North America and Oceania, except for Latin America and Caribbean countries. While mortality rates are decreasing, the number of deaths is actually expected to rise in all 42 countries included as part of the study, with colon cancer to increase by 60 per cent and rectal cancer by 71.5 per cent. Researchers believe this is due to population growth and the ageing population.

Early detection, advances in treatment are believed to explain the decreasing mortality rates in high-income countries, while researchers can’t understand why the rates are expected to increase in countries like Australia, Canada and the United States. Researchers believe colon and rectal cancers are being observed in younger age groups under 55, while screening is recommended for adults aged over 50.

In Australia, the National Bowel Cancer Screening Program mails out free bowel cancer screening tests to all Australians aged between 50 and 74. People then provide a stool sample that is sent off to a laboratory to detect traces of blood in faeces that are often a sign of bowel cancer or pre-cancerous growths.

Read more: The free bowel cancer test that could save your life

After two weeks, the samples are tested and people have their results back. A positive return indicates that further testing is required to find out what’s causing the bleeding while nothing needs to be done for another two years for a negative result. Still, lifestyle factors may also play a factor in the worrying stats.

“Possible explanations are changes in the prevalence of risk factors such as increasing body weight and lower physical activity,” the authors of the study wrote. “Advances in treatment options and regimens differ extensively among countries, which may also explain lower CRC mortality rates in some countries.”

In addition to completing the bowel cancer test, there are a number of other ways people can reduce the risk of bowel cancer. According to the Cancer Council Australia, an array of lifestyle changes such as quitting smoking, limiting alcohol intake, maintaining a healthy weight, eating healthy foods and staying active can reduce the risk.

When was the last time you completed a bowel cancer test? Has it impacted anyone close to you?