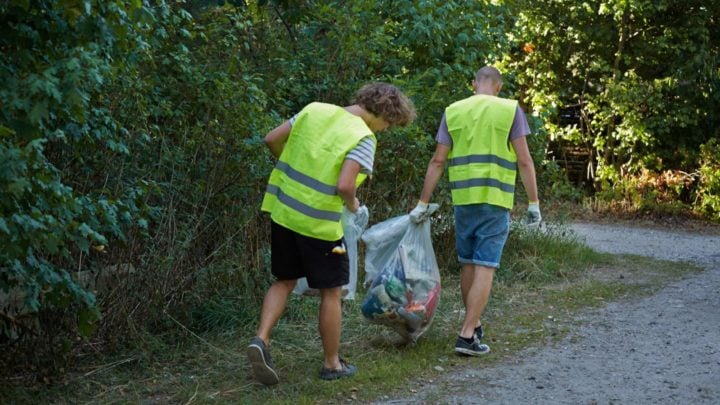 Julie suggests a Peace Army could positively address the issues of youth crime and violence in the community. Source: Getty Images

The date was April 17 and the headline read ‘Elderly woman, 81, suffers broken pelvis after run-in with gang of teen thieves’. I read this and immediately identified with the innocent little old lady and with the store attendants, working to make a living.

I recently read about teenagers doing home invasions or brawling with the police or trashing community centres. More headlines, teen hoon drivers, dreadful car accidents in stolen cars, wrecked their futures. Well, teenagers did that when I was their age, but these days there are drugs and even girls involved too.

Society blames the police for not doing enough. It is not their fault, they are understaffed. If such offenders are caught, the bleeding hearts, including their own parents, are up in arms. They do not want their teens to be accountable for their own behaviours. Sure, they are not adults and obviously are not making adult decisions. If they appear before magistrates, they may receive a light tap, maybe a good behaviour bond, not learning much. If they are sent to a youth training centre, we then read of such youths wrecking their facilities and protesting their confinement. Tough!

What is society teaching such teenagers, the offenders? What would you do with them? It might be your grandkids next.

As a teacher of the future of Australia for 43 years, being an old fogey, I would invent an Australian Peace Army. I would recruit teenagers of a certain age into a compulsory corps to be trained in lots of useful skills and behaviours. They would learn physical fitness, literacy and numeracy, and do worthwhile tasks for the advancement of Australia. Many of these disenfranchised youth offenders, and others, are receiving unemployment benefits, because they can’t find jobs.

I would give them jobs. For example, they could be restoring roads or building bridges, refurbishing school playgrounds, creating parklands, planting vegetation for their own future oxygen supply, removing graffiti and litter. They could be mentoring junior children to have appropriate pride in Australia and the advantages of being good citizens. They could work as assistants in nursing homes. They could learn skills useful to Australia and their own future. For example, reforestation, catering, education, hands on skills, hi-tech skills.

A Peace Army would develop respect for older people and authorities, especially their own families, and would appreciate their privileges, such as community centres. They would face punishment for binge drinking and taking drugs. They have to get their substances from somewhere, at a cost.

Teenagers in gangs have been part of our subculture for many years. In the good old days, such offenders, when caught, were placed in the army. Would the army take on the modern teen gangs to teach them the ways of peace? Or would it be a team of grumpy old teachers?

Someone could. Australia would have a Peace Army. We raise our hands in horror at daylight teenage robbers, knocking over innocent old ladies. Society, governments, public opinion, all need to take affirmative action. Sooner the better.

What would you suggest to deal with teen offenders in these situations?